The 24 Luckiest Men At EURO 2020 - The Third Choice Goalkeepers

We here at Balls.ie have long established that the luckiest men in the world are Third Choice Goalkeepers for major tournaments. They are on holiday with their mates with the added bonus of great seats for their nations' games.  All the cool stuff associated with a major tournament (the team suit, the squad photo, the luxury hotels) without any of the pressure (the media, playing games).  This year they won't get to experience being asked for autographs by local kids who don't know who they are, but I'm sure we can all agree it's still a very cushy number.

Alex Meret. He's 24 and has 2 caps for Italy, coming off the bench for both of them. His debut in 2019 against Armenia lasted 13 minutes while he got 27 minutes against San Marino in a recent friendly. At his club Napoli, he rotates the starting position with Colombia David Ospina.

Jonas Omlin. The 27-year-old has just completed his first season outside of Switzerland with Montpellier in Ligue 1. He made his debut in October 2020 and recently added another in a friendly against Finland. He has conceded 2 goals in each of his international appearances so far.

Altay Bayinder. The 22-year-old has been first choice for Fenerbache for the last couple of years and made his senior international debut in a friendly win over Azerbaijain in late May. His only cap so far.

Adam Davies. The 28-year- old is a three man rotation for Stoke City, starting 17 of their 46 games in the Championship last year. Despite receiving his first call up in 2016, he made his international debut in 2019 against Trinidad & Tobago. He's since added a sub appearance and sits on 2 caps.

Matz Sels. Matz ticks a number of boxes for us. He's 29 and yet to make his international debut while at club level he's second choice for Strasbourg in Ligue 1, playing only 6 times in the 2020/21 season.

Jonas Lossl. Denmark bring the same 3 keepers they brought to the 2018 World Cup. We ranked Fredereick Ronnow as TCG then, but he's added 2 caps since, so he's leapfrogged Lossl who still only has a solitary cap from 2016 to his name. The 32-year-old was a Premier League starter in 2018 but now plies his trade with Midtjyland back in Denmark

Anssi Jaakkola. The 34-year-old Finn may be our favourite TCG this year. Jaakkola played 21 times for Bristol Rovers last year as they finished bottom of League One in England. His first cap was in 2011 and he had to wait until 2017 & 2018 for his second and third caps. He's had none since. Oh and he's the only player at the tournament to have spent 3 seasons in the South African Premier Soccer League with Ajax Cape Town.

Yuri Dyupin. Another archetypal TGC pick. Dyupin is 33 years old and was only selected to his first Russian squad in March this year. The Rubin Kazan netminder is one of two uncapped players from the club in the Russian squad.

Daniel Bachmann. The 26-year-old split duties last year for Watford and it was only the second year (after a season on loan with Kilmarnock) where he featured regularly so far in his career. He made his international debut against England in a recent friendly. None of Austria's 3 keepers have more than 8 caps (at time of writing) and Bachmann may be ahead of Wolfsburg's sub keeper Pavao Pervan and Alexander Schlager of Austria's LASK now.

Marco Bizot. The 30-year-old plays with AZ Alkmaar and won his only cap in a friendly against Spain in November. He was signed by AZ from Genk in Belgium to replace the Dutch second choice keeper Tim Krul.

Risto Jankov. The uncapped 22-year-old from Rabotnicki has the honour of being the nation's first ever tournament Third Choice Goalkeeper. He's the only player from his club at Euro 2020.

Anatoliy Trubin. We're taking a little bit of a risk here. The 19-year-old only won his first cap in march but at club level, he's already replaced the Ukrainian captain; Andriy Pyatov. The veteran is still listed as the captain here though, so we have to assume -he's ahead of his Shakhtar Donetsk club mate in the national order.

Simon Sluga. The 28 year-old-plays with Luton Town and has earned 3 caps so far.  He appears to be behind two locally based keepers.

Alez Mandous. The 29-year-old Sigma Olomouc keeper is one of the few footballers in the world that may have benefitted from the pandemic. When the whole Czech squad was forced to isolate ahead of a friendly with Scotland last September, Mandous was called up and made his international debut. He's stay in the squad since without adding to his cap tally.

Sam Johnstone. The 28-year-old West Brom keeper was uncapped when the squad was announced and has just ended his first season in the top tier in England with relegation. He's had loan spells with 7 different clubs in the Championship and League One. He made his debut in England's last friendly against Romania.

Jon McLoughlin. The 33-year-old is reserve keeper for Rangers behind 39-year-old Allan McGregor who has retired from international duty. He won his first cap in 2018 and added a second last year in a win over San Marino.

Lukasz Skorupski. Poland are one of the few countries with 3 keepers playing regularly in a top 5 league in their squad. Skorupski is 30 and is first choice with Bologna in Serie A. He made his international debut in 2012 but has only added 4 caps since. His last in 2020 against Ukraine.

Marek Rodak. The 24-year-old Fulham reserve keeper played a big part in Slovakia qualifying for Euro 2020 by saving Alan Browne's penalty in their shootout win over Ireland in October. He has only earned 6 caps but Slovakia have rotated their keepers quite a bit over the last 3 years.

Robert Sanchez. The 23-year-old keeper with Brighton has been a bit of a bolter this season and replaces the world's most expensive keeper, Chelsea's Kepa, in the Spanish squad. He's yet to win a cap which is unsurprising when he was playing for Forest Green Rovers in League Two only 2 years ago and Rochdale in League One in 2019/20.

Kristoffer Nordfeldt. The 31-year-old plays with Gençlerbirliği  in Turkey. He made his international debut in 2013 and has added 12 caps since including starting two recent World Cup qualifiers in the absence of others. We put him 3rd choice because he's the only one of Sweden's keepers not to play this year.

Mike Maignan. Fresh off winning the Ligue 1 title with Lille, this has been the best footballing year of Maignan's life. The 25-year-old, born in French Guiana, earned his first, and so far only, cap as a half time sub in a 7-1 win over Ukraine last October. He joins AC Milan after the tournament.

Kevin Trapp. The 30-year-old now plays with Eintracht Frankfurt and has earned 5 caps since his first call up in 2015. He returns as TCG from the 2018 World Cup.

He also is engaged to marry Brazilian supermodel Izabel Goulart.

Adam Bogdan.  Bogdan has more caps than most on this list with 21 to his name. 20 were earned before 2016 though as his performances with Bolton earned him a move to Liverpool. His career stalled at the Merseyside giants and he's now the back up keeper for Ferencvaros with Denes Dibusz ahead of 33-year-old Bogdan for club and country. His first appearance for Hungary in 5 years came against Ireland as a second half sub in Hungary's last friendly before the tournament.

Rui Silva. The 27-year-old is first choice with Granada in La Liga but has yet to win a cap for his country. He was voted the best goalkeeper in the Spanish second tier in 2018-19 but has established himself now as a dependable keeper at the top tier.

So there you have them; the 24 luckiest men at Euro 2020. At least one of this will almost certainly play at one stage but now you can bluff to your mates that you know all about him. 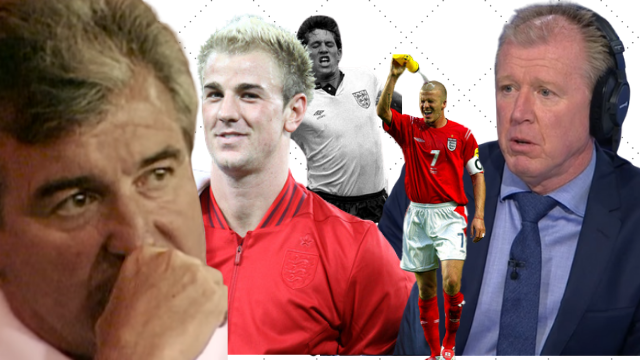