Last week we decided to take on an incredibly difficult challenge in Fantasy Premier League. We had to build the worst team possible, which sounds relatively easy.

However, there was a catch: we had to use ALL of our £100m budget. We also couldn't sign players with long term injuries or ones that had left the league.

Now, spending the full budget on 15 players while also trying to get the fewest amount of points possible was almost impossible. Getting expensive players that would also not bring in many points is a hard thing to do. In fact, it was the most difficult team to put together in our time playing fantasy football.

Our goal is to finish as low as possible in the global standings, as well as the Balls.ie fantasy league. You can still join that league by entering this code: ucz5j6.

So how did we fare in week one? Unfortunately, not as bad as we would have hoped.

As we discussed last week, spending the entire budget is a bit of a killer. In order to get rid of the full £100m, you have to bring in some genuinely good players. A team of Ashley Youngs doesn't do the trick.

In the end, we decided to go for Riyad Mahrez and Gabriel Jesus as we felt they wouldn't get consistent playing time. We didn't count on Pep Guardiola f*cking us over on week one.

We had both players on our bench, but the automatic substitutions ensured their points would count.

Here's how we got on. 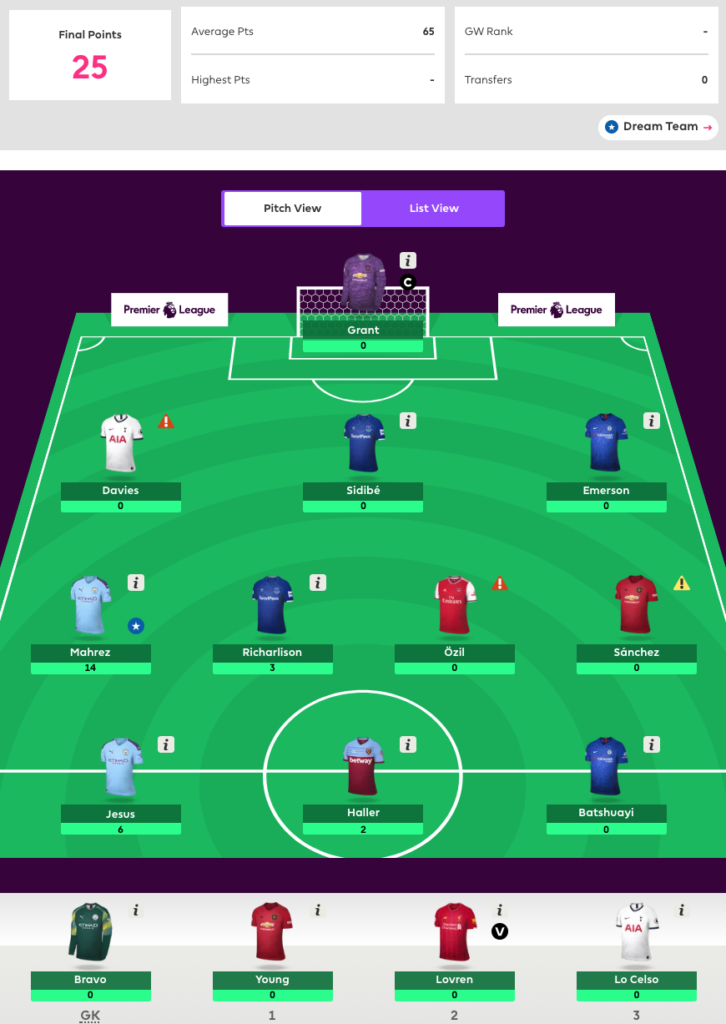 25 points, an objectively bad score. However, things could have gone so much better (worse).

In more encouraging news, we rank ahead of only three players in the 6,674-person Balls.ie league.

Two of those are clearly doing the same thing as us, but they have either picked a load of players who are no longer in the league or didn't spend all of their budget.

Therefore, we declare ourselves to the second shittest proper team in the league.

Embarrassingly, we are ahead of one person that actually seems to be trying. So Brian Moloney if you are reading this, sort yourself out.

Heading into next week, we are left with a decision to make regarding Riyad Mahrez. We are only allowed to make one transfer each week, so need to decide if we need to get rid of him. We also assumed that Emerson wouldn't start for Chelsea, and he could have scored a hat trick at the weekend.

We will keep you updates with our progress.

Football
21 hours ago
By PJ Browne
'When I Go To Ibrox Or Tynecastle, You're Getting Called A Fenian Such And Such'
59