How To Watch Ireland U21s vs Luxembourg: Match Preview

The Ireland U21s take on Luxembourg in Tallaght on Friday in Euro 2023 qualifiers. Jim Crawford's boys have had a good start to qualification so far and will want to keep the momentum up. Ireland is still to qualify for an under 21 European championship and this squad is one of the most promising squads Ireland has had ever. There's plenty of talent in the squad and they have played quite positive, attacking football in this campaign. Here's everything you need to know about how to watch the Ireland U21s.

When is Ireland U21s vs Luxembourg?

The match is on Friday 8th October at Tallaght Stadium. Kick off is at 5:15pm.

How To Watch The Ireland U21s v Luxembourg?

The game will be live on RTÉ 2 with their coverage starting at 5pm.

How do both sides look?

Ireland drew 1-1 away in Luxembourg last time out after a late penalty for Luxembourg's Dylan Kuete cancelled out Colm Whelan's opener. That match came after an impressive 2-0 win away in Bosnia for Crawford's men. As a result of those two game Ireland sit third in their qualification group, behind Italy and Sweden. However, they do have a game in hand on Sweden. This will be Ireland's first home match in 2021, having played away in qualification and in Marbella for friendlies during the summer. This match will also be Ireland under 21's first one back in front of a crowd at Tallaght Stadium.

"They're looking forward to playing in Tallaght with a crowd." 🇮🇪

It's almost 2 years since the last U21s game with fans... be there to back the Boys in Green 💚

Jim Crawford has had a fairly difficult time picking a squad for this international break as their next match is away to Montenegro, a country that is on the UK's red list for travel. This has led to Crawford picking a separate squad for that match. He has said that the Montenegro game will be a chance to test some of the League of Ireland players that have been called up to replace the UK based players.

Luxembourg on the other hand haven't had any issues of that sort. They have a fairly decent side with most of their player being based in Luxembourg with a handful playing in France and Germany. They are a good side that Ireland can't underestimate.

In the over 40 year history of the Under-21 European Championships, Ireland have never qualified for one. This is one of the best opportunities in history for Ireland to qualify. They have a good coach and a good squad of players who are starting to gel well together. With the home crowd behind the boys you would hope Ireland can get the win and stay on track to qualify for Euro 2023. 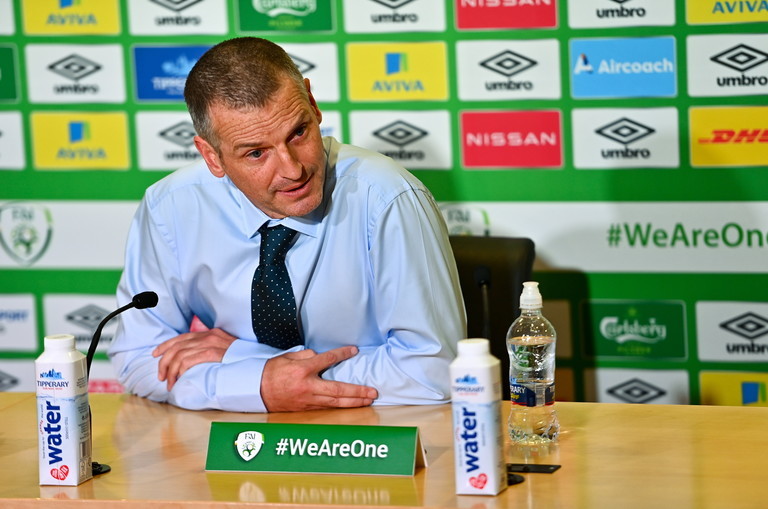