The Derry man endured a difficult final year at Stoke, being forced to train with the club's U23 side during pre-season after O'Neill informed him he was no longer a part of his first-team squad.

"James is part of the U23s," the Stoke boss said last week. "He's available to other clubs but as yet no club has taken up that option as far as I understand."

But since then, McClean has left Stoke City to re-join Wigan Athletic, a club where he impressed at during his last stint.

Speaking just after his arrival at the DW Stadium, the 32-year old took what looks like a parting shot at his former manager.

Speaking to Wigan's website, he hinted that he did not feel the support of his former manager.

It's always been the case that if I feel I’ve got the backing of a manager and I feel appreciated, that’s when I play my best football.

That’s shown over the years, and just speaking to the manager, I feel really wanted here and that’s key.

Last season was very tough for me but I just want to get back playing.

I’ve been here before and I’ve shown throughout my career that no matter what, I’ll give 100 percent and I demand a lot from myself, so I'm really excited.

It is not as if there is any love lost between O'Neill and McClean, however.

Last March, McClean went against his club's wishes to go on international with Ireland. That irked O'Neill at the time, with the player having missed a number of games due to injury in the weeks building up to the break. This is what he had to say at the time:

Clearly, we didn’t want him to go away on international duty.

[And we] firmly believe that has hindered his recovery.

We’re basically now back to square one in terms of where James is at with that injury.

When McClean did eventually return to full fitness, he was sent to train with Stoke's U23 side.

But for now, the former Derry City winger is back at his 'home away from home'. And that is something that excites him.

I spent two years here, and although we got relegated in the second season, I loved every minute of it.

The Club took to me and my young family and we’re forever grateful for that.

I never thought I would be back but I’m over the moon that I am.

In a footballing sense for me, being away from Ireland, this is my home away from home. 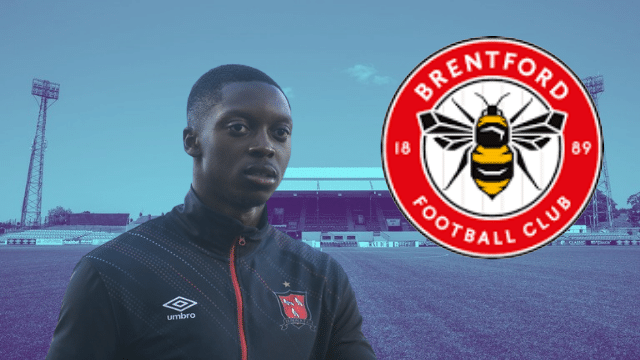 Football
2 weeks ago
By Eoin Harrington
Cardiff And Swansea Condemn Racist Abuse Aimed At Michael Obafemi
Football
8 months ago
By Andrew Dempsey
With International Return On The Horizon, Ireland's Young Blood Is Coming To The Fore
33

Football
2 weeks ago
By Eoin Harrington
Cardiff And Swansea Condemn Racist Abuse Aimed At Michael Obafemi
Football
8 months ago
By Andrew Dempsey
With International Return On The Horizon, Ireland's Young Blood Is Coming To The Fore
Football
9 months ago
By Andrew Dempsey
Millwall Manager Refuses To Condemn Fans Who Once Again Booed The Taking Of The Knee
Popular on Balls
GAA
3 days ago
By PJ Browne
Cusack Has Little Sympathy For Gearoid Hegarty After Red Card
Football
15 hours ago
By PJ Browne
Man Arrested For Headbutting Billy Sharp After Playoff Semi-Final
GAA
1 day ago
By PJ Browne
GAA President Explains Why Tailteann Cup Won't Be All-Ireland Curtain Raiser
Football
4 days ago
By Eoin Harrington
Alan Shearer Says Roy Keane "Ran Away" From Him After Famous Clash