Celtic's pursuit of Ireland underage international Luca Connell has stalled after Bolton Wanderers reportedly rejected his request to terminate his scholarship contract with the club.

The 18-year-old midfielder was pictured yesterday on a tour of Parkhead with Celtic chief executive Peter Lawwell. Connell has publicly declared it would be an "honour" to play for the Glasgow club: "Everyone knows Celtic are a massive club. It’d be an honour to represent them if that’s what the final decision is."

However, per the Bolton News, the player submitted 14-day notice yesterday to terminate his deal which Bolton have rejected. Should the teen become a free agent, Celtic would only pay £250,000 in a development fee. 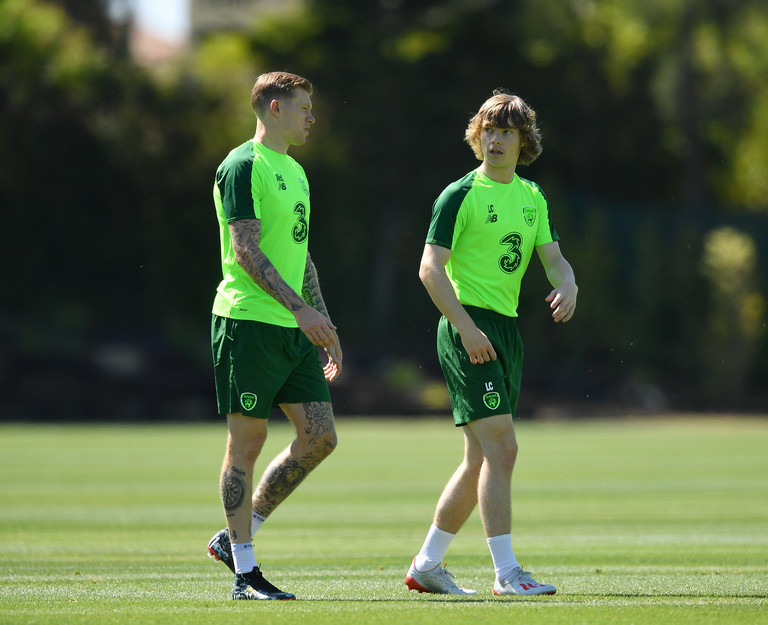 It now appears that the club are demanding a transfer fee if the Luca Connell Celtic deal is to go through.

Bolton were engaged in lengthy High Court proceedings last season due to ongoing financial difficulties. With administration looming, they were eventually relegated to League One.

Liverpool-born Connell has three Ireland U19 caps, three U18 caps and four at U17 so far. He recently trained with Mick McCarthy's senior squad and impressed the management and squad.

SEE ALSO: What If: Damien Duff Scored THAT Chance Against France

Football
2 weeks ago
By Gary Connaughton
The Influence Of The Irish: International Football Clubs Who Owe Their Heritage To Ireland
Football
4 weeks ago
By PJ Browne
Kris Boyd Calls For VAR In Scottish Football After Celtic Goal
Previous Next