There's very little that unsettles a man as breezeless as Mick McCarthy. The Irish manager had his lengthy pursuit of Nathan Redmond prove fruitless recently when the Southampton winger was included in England's initial squad for the Nations League.

It came despite the fact McCarthy had recently met with the player's agent and tried to arrange a meeting himself.

Yet when the text came through from his assistant, Robbie Keane, to break the news that Redmond was involved with Gareth Southgate's outfit, his bemused initial reaction was relief that at least it was not beloved Republic of Ireland kit man Dick Redmond. 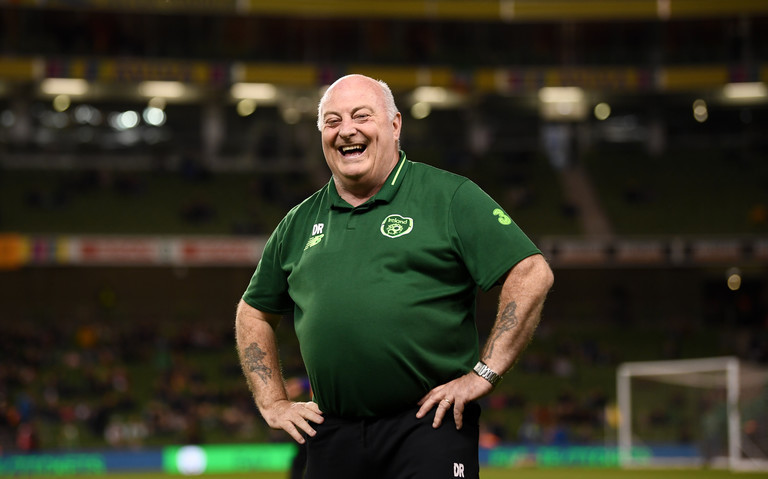 Well actually I got a text from Robbie, I was playing golf. He said that Redmond is gone.

I sent a message back, 'Dick?' knowing full well who he meant of course.

He said, 'no, Nathan. he was picked for England.' I said, 'well thank fuck it's not Dick!'

Redmond was released from the final squad and already has one cap for England from a friendly against Germany two years ago, but qualifies to play for Ireland through his mother.

Yet it seems his mind is made up.

"I think Nathan wants to play for England. He's played for England in the past. He was hoping to get the call, he's got the cheap date in the background. me. I've said before that's just the way it is.

"There is another option, but I do believe he wants to play for England who he has played for at U21 level. Good luck to him if he wants to do that."

It's not the only scouting mission gone cold. All is quiet on the Patrick Bamford front as well.  The Leeds United striker is eligible for Ireland but as far as McCarthy is concerned, it's up to the 25-year-old to make the next move.

I think Patrick has to give me a call if he wants to. That's the way it runs now, bearing in mind all the conversations I've had with him. I left it with him, if he wants to do it, give me a call. I'll wait for the call. The length of times it takes, I might be out of here before that happens!

There is joy to be had elsewhere with Irish qualified players. The Irish boss was quick to hail both Luca Connell and Josh Cullen for their recent performances in training and the play-off final respectively. The squad is in a good frame of mind after a training camp in Portugal which featured a night out bonding session.

With Denmark and Gibraltar up next, McCarthy is content to make the most of what he has.

Football
6 months ago
By Colman Stanley
In Pictures: The Joyous And Surreal Scenes When Ireland Qualified For The 2002 World Cup
31

Football
2 months ago
By Donny Mahoney
New Saipan Nugget Leaves Us Again Wondering What Might Have Been
Football
6 months ago
By Colman Stanley
In Pictures: The Joyous And Surreal Scenes When Ireland Qualified For The 2002 World Cup
Football
6 months ago
By Gary Connaughton
Mick McCarthy Recalls Brilliant Incident Involving Jack Charlton & Northern Ireland Fans
Popular on Balls
Football
17 hours ago
By Colman Stanley
BBC Apologise After 'Manchester United Are Rubbish' Ticker Error
Football
1 day ago
By Gary Connaughton
Gary Neville Worried About Future Of Burnley After Relegation To Championship
GAA
2 days ago
By PJ Browne
Controversy In All-Ireland U20 Hurling Final Over Dubious Crucial Point
GAA
23 hours ago
By PJ Browne
How A Kerry Guard Ended Up Playing For The Tipperary Footballers