All the votes have been cast. The polls have been officially closed in the Balls Man of the Year award.

As ever, the first people to cast their vote were those in Inis Mor, off the coast of Connemara. Ballot boxes had to be transported to the mainland by currach. They arrived here in Ballsbridge a couple of days ago.

We now know who will wear the crown of Balls Man of the Year for the next year.

Jim Beglin's strategy of sending personal thank you tweets to all those who voted for him failed to garner him any momentum and he never rose above 3% in the polls.

Sean Quigley's campaign was never distinctive enough. Most analysts were of the view that he alienated voters in the capital when he shunted Stephen Cluxton over the goal-line in front Hill 16. 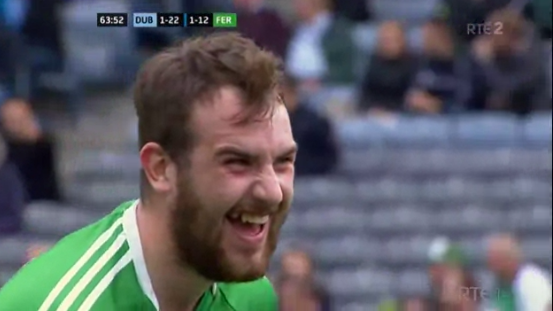 Johnny Glynn's campaign team proclaimed his 9% vote 'fuckin bullshit' and stormed off, positing that maybe it was true that those cheers heard in Semple Stadium in the closing minutes of the Galway-Cork All-Ireland quarter final were for Niall Healy.

He is the second hurler from Galway to be nominated but fail to win the big one. Loughrea's Johnny Maher looked like a strong candidate in 2012 but he was soundly beaten by Eamon 'Nippler' Keegan.

Early on in the campaign, it looked like Jon Walters was going to run away with the award. He hit a whopping 50% of the vote in the early stages of voting. 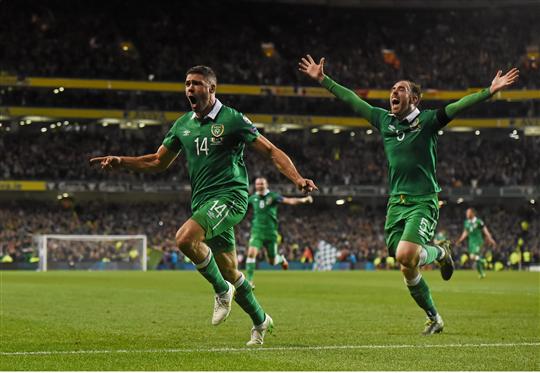 Analysts everywhere said the election was over. Bookmakers rushed to pay out on Walters. Nate Silver announced that there was nothing to see here - Walters had it in the bag and anyone who thought otherwise was an imbecile.

On Thursday, we received a tip-off from a contact within the walls of Independent House in Talbot House. The contact informed us that they were ready to go with a front page bearing the banner headline 'WALTERS WINS'.

Out of a humanitarian desire not to see a rival embarrass themselves, we got on the phone and told them to hold off - Salute Guy is making a serious surge.

Sligo was the only county in Ireland to vote against the Eamon De Valera's constitution in 1937 (meaning there were either a lot of feminists in Sligo or a lot of Fine Gaelers). They didn't get the result they wanted on that occasion but 78 years later we have a different story to tell.

Thanks everyone who voted for me for @ballsdotie Man of the Year. Bursting with pride I am. COYBIG Ireland for the Euros...and World Peace. — Micki J (@MickiMurray) December 21, 2015

Thanks to an extraordinary grassroots campaign in Sligo, Salute Guy - real name, Micki Murray - secured enough votes to carry him over the line, gathering 36% of the vote.

Murray's campaign thrived in spite of the fact that the man himself informed us (off air) that he himself had voted for Jonathan Walters.

Here's the full rundown of the numbers: 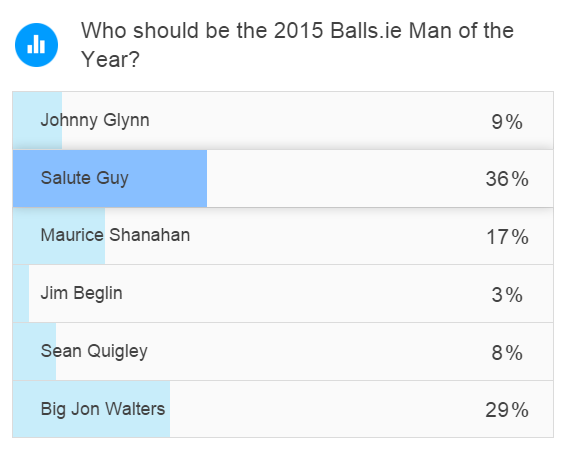 He follows in the footsteps of the aforementioned Keegan, Shane Curran and Ger Brennan. We spoke to the delighted winner Micki on our daily podcast 'The Racket'.