'The Black Death' Banished As Cavan Roscommon Produces ALL The Goals

"The one real anomaly in the League is The Black Death (Cavan). They have continued to play the most horrible, defensive football the game has ever seen."

A little under three years ago Cavan's performance in Division 3 produced that infamous line from one unreticent Joe Brolly. However, after today's eight-goal Division 2 final, that label has been commissioned to a death of its own.

Terrific game of football. Superb attacking play by Roscommon in the second half

Cavan and Roscommon produced an enthralling final today that saw Roscommon continue their hoodoo over Mattie McGleenan's side. The final score was 4-16 to 4-12.

The goals came in all shapes and sizes. There was standard goals.

Early goal for Cavan as Conor Bradley hits the back net! pic.twitter.com/lm92STUjZI

Martin Reilly executes the penalty. Another Goal for Cavan! pic.twitter.com/zreyHPsDxb

Niall Kilroy gets a hand to it, and it's in the back of the net! Goal for Roscommon! pic.twitter.com/ph50nP4bc7

Enda Flanagan finds the back of the net for Cavan! pic.twitter.com/9ScW3K5Emd

Late in the game, Cathal Cregg came off the bench to grab a double for Kevin McStay's side while Diarmuid Murtagh was outstanding throughout. Roscommon now have a prolonged break until their Championship opener when they will face the winners of Leitrim and New York. 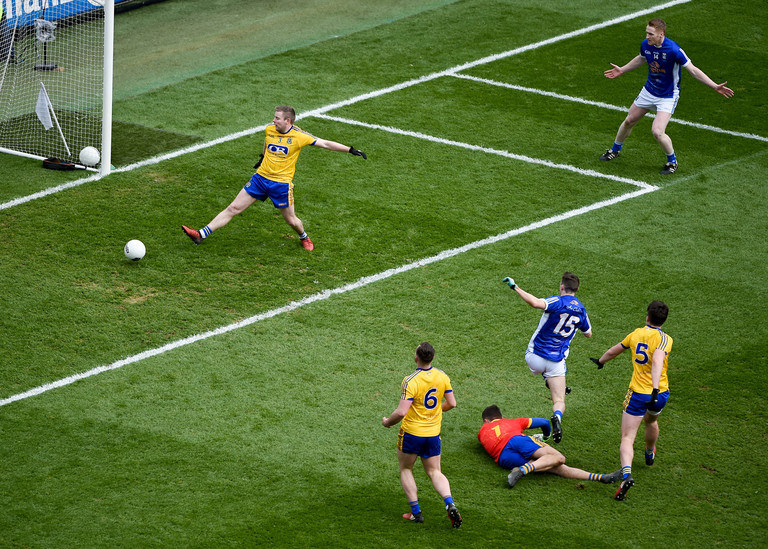 Cavan can take an enormous amount of heart from their overall league performance that saw them lose just one game and finish with the best point difference in the league. Today's game was a testament to two relentless sides willing to go blow-for-blow.

SEE ALSO: 'I Don’t Want To Come Home Having Not Played AFL Football'- Journey To The 0.01%

GAA
1 month ago
By PJ Browne
'There You Are Then, I'm A Hypocrite' - Brolly Explains Move To Eir Sport
3