Cian O'Sullivan has been forced to call time on his Gaelic football career due to injury problems.

The Kilmacud Crokes defender won eight All-Ireland titles with Dublin, and was a three-time All-Star. He also won an All-Ireland Club Football Championship title in 2009.

"Regrettably, and despite best efforts to address a number of recurring injuries, it's time to draw a close on my footballing days," O'Sullivan said in a statement.

"The competitive demands have taken their toll and while my heart would love dearly to continue on, my body simply can't.

"I am honoured and privileged to have represented my club and county and to have enjoyed success beyond my wildest boyhood dreams. I'm especially proud to have been part of such a special Dublin team that's been like a second family to me in these years. This will be a void that will be difficult to fill.

"There are too many people to thank and I hope to thank you all personally in time."

The 33-year-old was part of the Dublin panel for 2020 but his game time was limited by injury.

O'Sullivan's retirement adds decisions by Michael Darragh MacAuley and Paddy Andrews to hang up their inter-county boots. Paul Mannion also stepped away in January. Though, he did not rule out returning to the Dublin panel at some point in the future. 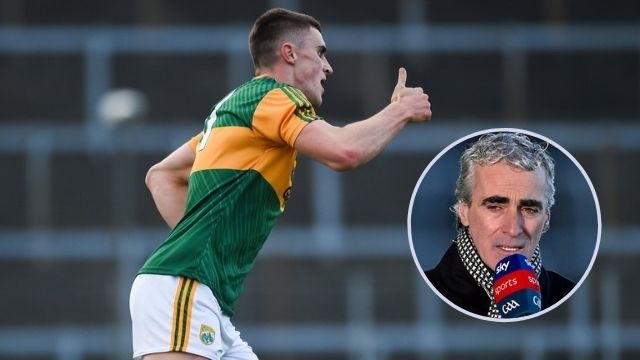 GAA
4 years ago
By Gavin Cooney
Dublin Dealt Another Injury Blow Ahead Of All-Ireland Defence
GAA
6 years ago
By Gary Reilly
Dublin's Injury Worries Return Ahead Of All-Ireland Final
GAA
6 years ago
By Gary Reilly
There's Some Good News For Dublin Fans Ahead Of The All-Ireland Final
Popular on Balls
Football
1 day ago
By Eoin Harrington
'Ronaldo Is A Cod' - Remembering Eamon Dunphy's Infamous 2008 Rant
GAA
18 hours ago
By PJ Browne
The Draw Has Been Made For Tailteann Cup Opening Rounds
GAA
1 day ago
By PJ Browne
Donal Óg Cusack Defends Dublin Hurlers After John Mullane Criticism
The Rewind
2 days ago
By Eoin Harrington
Watch: Brilliant Dermot Morgan Dublin Segment From 'The Travel Show' Resurfaces