Conor McDonald has spent a great amount of time fighting.

He fought in the ring for Ireland against England, he fought in Croke Park driven on by his county's desperate longing for a spot in an All-Ireland final and he is fighting now to overcome the hurt at not getting there.

The Wexford man comes from a county of fighters. An enormous hub of stagnant energy awaiting any excuse for an explosion such as that of the All-Ireland win in 1996. From Rebels in 1798 to champions of Leinster in 2019. 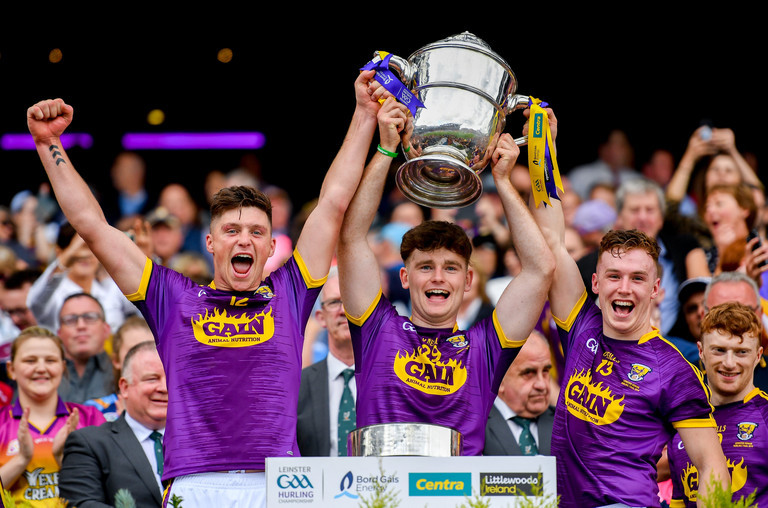 One of their own, heavyweight boxer Niall Kennedy, will step into the ring tonight for the biggest fight of his career against 2004 US Olympian Devin Vargas. It is the MGM Springfield in Massachusetts that will play host to the Gorey native. Willing him on from this isle will be McDonald, who has spent the last few weeks as Kennedy's strength and conditioning coach and years as his friend.

"I used to box and he was always around the club," he recalls. "I remember when he won a Garda World Title. You would look up to him in a boxing sense. When I got older he became a figure you could turn to.

"He understands the highs and lows of it, he knows all about doing the training or living that lifestyle. Over the last two years, we got even closer." 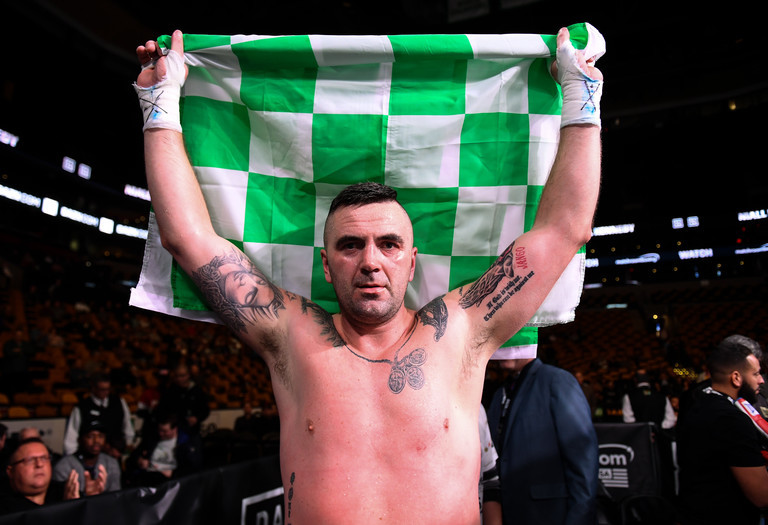 During Kennedy's camp for this fight, the heavyweight approached McDonald, a qualified personal trainer, in search of a change of scene and assistance with preparation. McDonald was only too happy to help.

Little did he know it would prove a welcomed distraction when the blow that was a two-point sem-final loss landed.

Personally, I took it as one of the biggest hits. To get to an All-Ireland semi-final, look winning Leinster is well and good but you get to a semi-final to go to a final and win an All-Ireland final.

When you don’t get there, I wouldn’t say it takes away everything but it certainly had a serious effect for a couple of weeks. You are probably a bit difficult to be around. You don’t want to talk to anyone about it. It is hard to think about hurling in general.

But with Niall and his goals, I was able to reset there and change my mindset a little bit.

"After the semi-final, he still had to train and he had a fight coming. He was not long about telling me, 'get back to the bloody gym' and get working with him. It kind of refocused my mind into making sure he is in the best shape possible. It takes your mind off what I was doing anyway."

The dream to wear the purple and gold burnt brighter than any longterm boxing aspirations and McDonald decided to focus on hurling a few years ago. Yet the sweet science did hone skills useful now on the hurling field. The Wexford forward is a powerful presence on the edge of the square and that is no coincidence after years of embracing contact and going blow-for-blow.

"You can’t expect to step into a ring and not be hit. If you understand that and go in with that attitude you will get away with it more, you can deal with lads getting physical with you. You know how to use your body more than he does.

"It could be footwork or it could be being able to roll your body from a situation so you can get out, next thing a ball is coming in and he is still trying to hang onto you, all the while the ball is in your hand."

Conor McDonald is a hurler reluctant to talk about hurling. That semi-final loss was a cut close to the bone. A cross much harder to bear than previous championship exits. This healing process will take time. 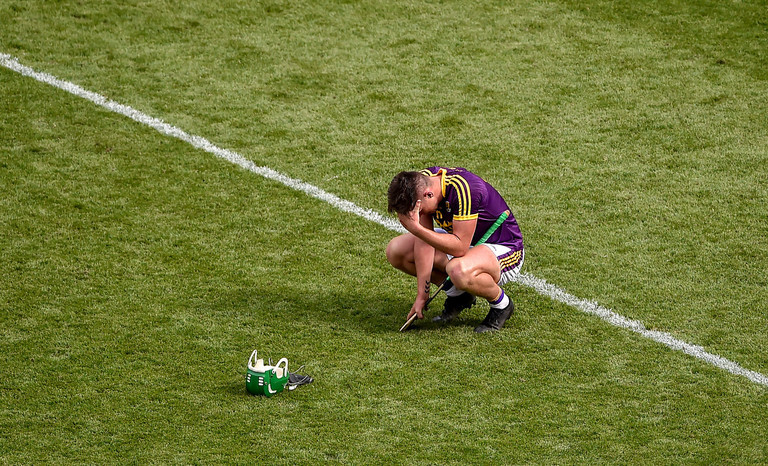 So Saturday is his final. Niall Kennedy is his team. Come Sunday? He doesn't even know if he will be watching.

"I will find it very difficult now to be honest. One of my best friends is a Tipp' man. I have been to two Tipperary finals with him. I was there in 2016 and he is about going for our third but I would find it incredibly difficult to think about going to Dublin, never mind the match.

"I don’t know, I think previous years we were a lot further off than we are now. Beaten in a quarter-final and wondering if we were good enough to be in a final. Look, it will be difficult. I still haven't made up my mind.

"It is the first All-Ireland final that if I didn't watch it or did not know the winner... I don’t want any winner. I don’t know. It is the first one ever that doesn’t appeal to me, watching any of the teams win. I know that sounds a bit selfish but that is the way it is." 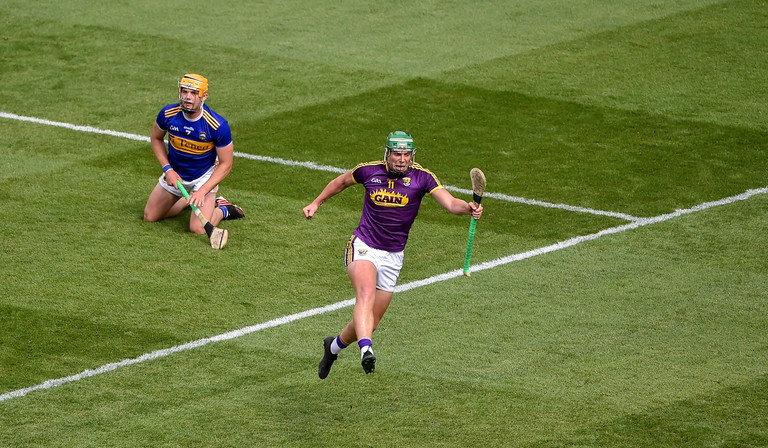 Not that they will raise the white flag. This is Wexford after all. Hardship and battle go hand-in-hand with the highs of their hurling experience. When McDonald reflects on the 2018 championship, he does not dwell on the harrowing defeat they suffered against Clare in the quarter-final, he cites the shape the squad turned up in when they first met for pre-season training.

2019 brought provincial success and personal glory. The Naomh Éanna club man finished with 3-15 to his name across the course of the championship, with his 2-1 against Tipperary almost getting them across the line.

It is no consolation. McDonald acknowledges the majority of players say that. But they don't just say it, they feel it too.

"Look, in previous years you think if you are not scoring, not getting a few every day, you are not going well. But I would say this is the first year where I sat down and thought, 'right. If I don’t work hard for the team, what is it worth?'

"I've been told by players in my own dressing room if I don’t work hard what good is it? That probably hit home this year. If you are not working hard for the team or doing your job for the team then score form is irreverent really."

That is part of the Wexford psyche. In full tilt, that trademark spirit flows from a manager who gives and demands all to players determined to represent that. A unified will forged along the way, the true definition of a team. The 24-year-old is at the heart of that. 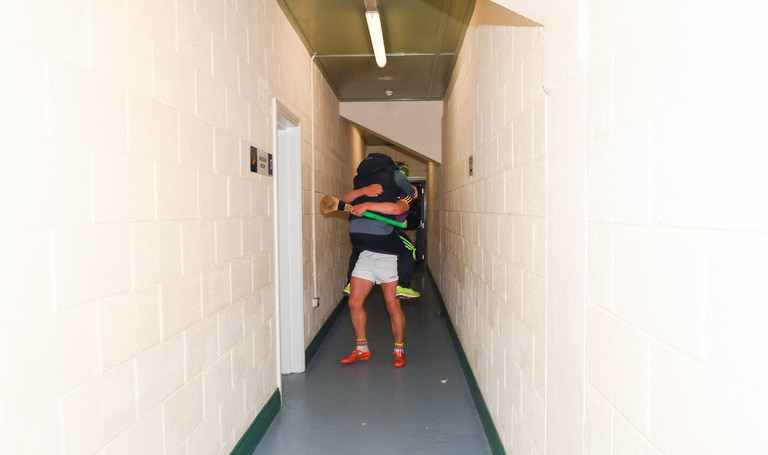 In his 2018 autobiography, Davy Fitzgerald wrote of his loyal lieutenant and backroom team member Michael 'Gazzy' Collins. In March, Collins suffered a bombshell with the tragic loss of his son, Ronan. The entire group were heartbroken and it was Conor McDonald who drove down to the house on behalf of the Wexford players.

I remember I rang Davy about something else and he was in bad form. I asked was he alright and he said 'you didn’t hear?' I just said no. When I heard I thought Jesus like… he is making the journey to us. With working in the gym and all that stuff, you can organise hours and rearrange stuff like that.

It is not as hard for me to be able to do it. So I went do to Gazzy and it just felt like on behalf of all of us.

I probably feel like we have gone so far as a team, it was like you would do for one of your friends more than anything. It felt like it was just the thing to do really. I know if something happened to me Gazzy would be right at my front door.

GAA is a huge part of Conor McDonald and the club has been a valuable crutch in recent weeks. The day he returned from a post-season holiday, the senior footballers were in action. No pressure was put on himself or Cathal Dunbar to tog out but after much humming and hawing, the duo decided to play.

"It was probably the best thing I have done, to be honest. It kind of gets the mind refocused. At the end of the day, we have more to do. We are hoping to win two in a row with the hurlers, we only won our first one last year." 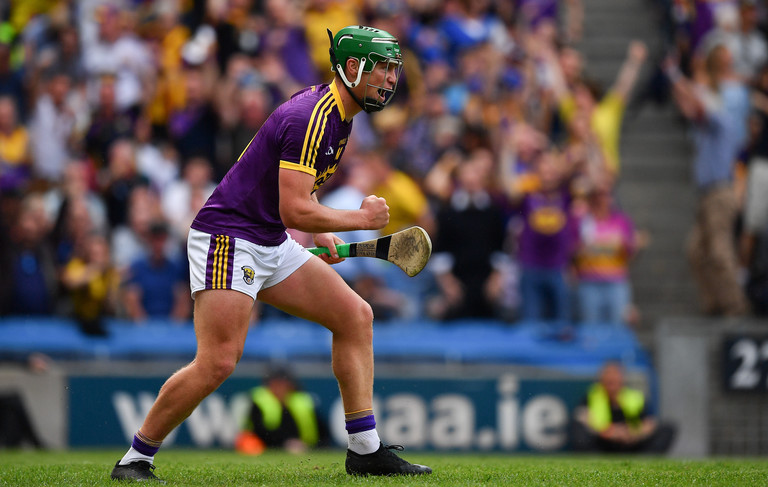 Then there is the career. Working in the gym has its advantages and a sense of purpose that cannot be underestimated. That's where the healing process will take hold.

"I do not know how some bosses don’t get onto some players, how they manage. Even lads driving up from Dublin, it is crazy the times they put in. Drive, train for a few hours and be in work for 8 am the next morning, that is tough. I mean that is tough going.

"I do feel lucky, I suppose I feel lucky anyway hurling or not. I feel lucky to be able to train someone who wants to look good for a holiday or the likes of Niall who has massive intentions of doing well in his sport. You learn from people, you know?

"You need to be with people, to connect on the mental side of things. I find I am a big believer in that, if I can engage with someone mentally they have the trust in me to do what it takes. If it is changing lifestyles or whatever, you need that collective support. If someone comes and they are down on a particular day, you might end up pulling a session.

"They realise he cares now and they will give back no matter what you ask.

"If you want to do something so big, like ourselves in Wexford, or like Niall, you need to connect with someone mentally. I suppose people need to know that if they are going through a tough spell, someone is there and cares."

Hurling
4 months ago
By Michael McCarthy
Quiz: Do You Remember The 2019 Intercounty Football And Hurling Championships?
GAA
1 year ago
By Balls Team
The Balls.ie Selection For The Hurling PwC All-Stars
GAA
1 year ago
By Mark Farrelly
Nominations For PwC Hurling All-Stars And Player Of The Year Revealed
Popular on Balls
Football
16 hours ago
By Balls Team
Furious Clint Dempsey Smashed Window After Late Fulham Team Change
Football
18 hours ago
By Gary Connaughton
Report: Kylian Mbappe's Massive Wages Demands Too Much For Man City
Football
22 hours ago
By PJ Browne
DUP MP Calls For Rangers Title To Be Recognised In Parliament