Tipp Manager Thinks Of The Bigger Picture Despite Heavy Defeat

Though Tipperary lost to Mayo by 13 points in Sunday's All-Ireland semi-final, David Power was still upbeat following the game.

Despite the proximity to defeat, the Tipperary manager was able to take a wide angle view of his team's year.

"Going into October, we were facing relegation from Division 3," Power told Sky Sports.

"We had to win the games against Offaly and Leitrim. We won those games, and then we went on against Clare, Limerick and Cork. For us to win five games in a row is huge.

"It's been a huge week for Tipp football to see all the different pictures from schools. Hurling is number one in Tipperary but I think kids will see that it's good to play football for Tipperary."

Tipperary put a credible 3-13 on the scoreboard but Mayo managed an eye-bulging 5-20 in response. The Tipp total could have been even larger had they managed to put away some early goal chances.

"If we'd got those two goals, you're looking at a different game because all of a sudden, Mayo are probably playing under a bit more pressure," said Power.

"We gifted them soft goals and that was killer. That drained the confidence.

"At half-time, we settled down and I'm very proud of the lads - I think we won the second half by a goal. Let's face it, I can only imagine what scoreline people were talking about.

"We have to learn from this. There's no point in Tipp football going backwards here today. We must move forward. From where we were pre-Covid, to be standing here on All-Ireland final day, is a great achievement.

"Tipp football has an awful habit: We have one or two good years in a row and then for the next two or three years, we disappear. It's really important for us to build on this.

"We're barely at a full year. The S&C lads, Robbie Cannon is doing a great job but he's only at year one. This was always going to be a four or five-year plan for us.

"These are the games you want to be playing - this is how we are going to improve. If we can take experience from today, I think we'll be a lot better for it next year. There's a couple of real targets for us and we want to be back on this stage again." 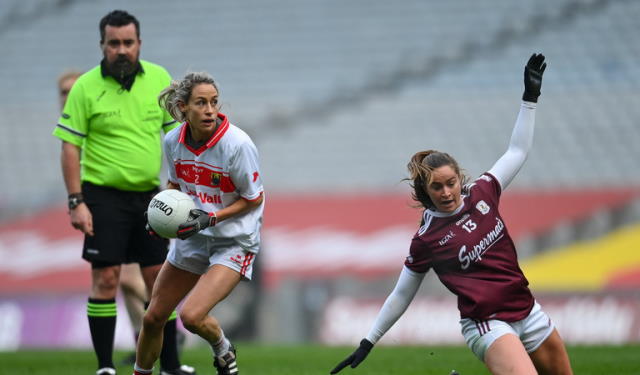