There was a period between late August 2005 and the start of May 2006 where everything Kevin McKernan touched seemingly turned the most fantastic shade of gold.

The Mourne talisman was merely days into his final year at the Abbey Grammar CBS in Newry, when, on one particular Monday morning, he had to put a call into the school office telling them he wouldn’t be in for classes that day.

It was nothing serious.

Like many 17-year-olds, the young lad had maybe just lost the run of himself on a Sunday night. Unlike many 17-year-olds, however, that particular Monday morning, McKernan and a select group of other County Down schoolboys had pretty much the best excuse you could have for missing their lessons.

What followed in that school year would immortalise the Burren man into the proud history of a sporting and educational institution. Nine months on from that footloose Sunday and becoming an All-Ireland Minor Football champion with his county, the now 18-year-old captained his Abbey side to Hogan Cup glory at Dr Cullen Park after a pulsating extra-time trumping of St Pat’s, Navan. 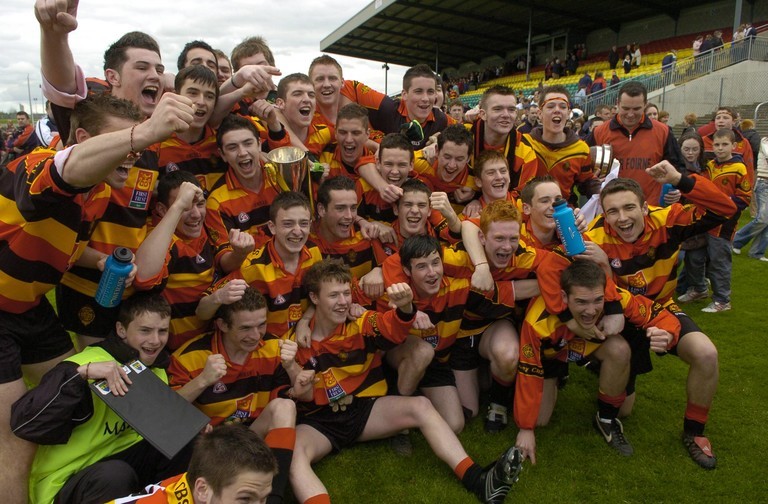 It was a special moment.

Not only had the school defied huge odds to even go as far as winning the Ulster Colleges title, the Mac Rory Cup, McKernan became the first Abbey captain to lift the famous All-Ireland colleges trophy and return it to their Courtney Hill base - a part of Newry that had too long lay in the shadow created by the domineering success of cross-town neighbours St. Colman's College.

Last week, the Abbey were thrust back into a national spotlight, after coming out on the wrong side of ire-provoking 0-02 to 0-01 scoreline in a U15.5 Brock Cup game against St. Pat's, Maghera.

And whilst the Down star concedes that taken in isolation, footage from last Friday's match looks pretty "indefensible", he says that the events should be viewed against a broader contextual scape.

"The game is evolving", started the now 31-year-old father of two, who's schoolboy fresh face has long given way to his trademark dark beard. The intervening decade-and-a-bit has seen McKernan reach an All-Ireland final with the Mournemen in 2010, before representing his country in the 2011 International Rules Series in Australia.

"Any coach coming into the game will want to put his stamp on things in as far as making his team competitive. The outlook on the game maybe needs to catch up a bit with other sports. The win at all costs approach is still looked on in a negative light, but the reality is, that whether it's club, county, school or whatever, most people in the game want to put their best foot forward".

Much of the criticism levelled at the school in recent days has centred upon the ages of the players involved. A video of St Pat's players kicking the ball between each other posted to social media drew derision from many high ranking figures in the game, whilst there have also been suggestions locally that many parents of the children involved in the match were said to be very disappointed with the conduct of management in light of the fiasco.

The school reportedly held a Board of Governor's meeting on Monday night, at which, the game was on the agenda.

Despite attempts to contact the CBS, Balls has yet to receive any comment with regard to the details of those discussions.

Who's over that crap Shane

But primary school teacher McKernan believes some coaches and educators alike are caught between a rock and a hard place when it comes to doing the so-called, 'right thing'.

It's a Catch 22 situation where you're trying to gain a benefit for your team, but again trying not to be detrimental to the development of the players in your care.

In terms of my experiences in the Abbey, that was never a way in which I was coached. There may have been instances in play where you'd adopt a defensive formation with lads tucking back in, but you were never told rigidly that you were to stay there.

If we are creating a situation were we are annhiliating teams, and doing it to the point at which it serves no purpose, then the coach on any defending team; does he not have a duty to make that team competitive and give them an enjoyment factor?

Whilst some may find it arduous to agree with the former Down skipper, it's difficult to pick holes in an argument that centres upon looking at the bigger picture.

The Abbey side, reigning Brock Cup champions, went into the tie against Maghera, knowing that they were in need of a victory to stand any chance of retaining their crown. Having run in three goals in an 8-point victory over St McCartan's, Monaghan in their opening game, they were rocked by a four-point defeat by St Michael's, Enniskillen, leaving Friday's game against the free-scoring Derry school a must win. 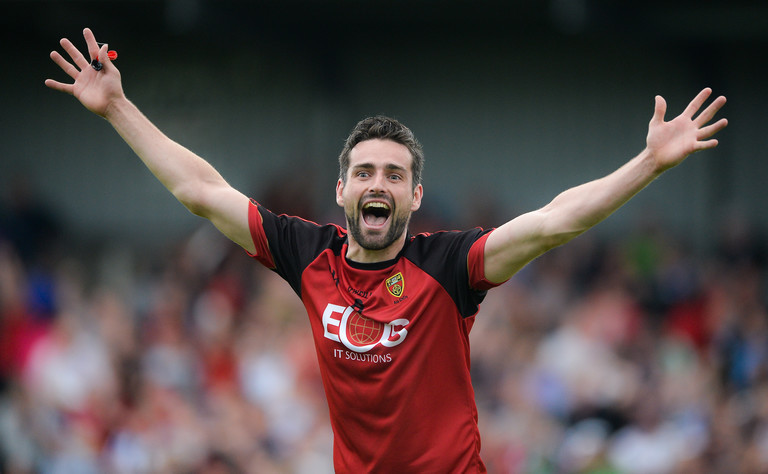 McKernan believes that, at the very least, the furore has opened up room for a debate on the "holistic development" of footballers between the ages of 12 and 16.

I think as a school you can take a step back and think, right, if we take the odd beating in second, third and fourth year, which we did - we were slowly closing the gap.

We were closing the gap to 20, to 10, to 5 points and eventually come sixth and seventh year, we were in a position to compete.

Maybe, when a game gets to 10 or 15 points, the game's up and it goes to a free game of skills and some players have to be taken off. What does a lad learn when he's [playing on a team who've scored] 7-19? He doesn't learn about the gritty ball that he has to really fight hard for.

The Sigerson Cup winner believes that the school should escape any long-term unfavourable consequences from the widely circulated footage, pointing out that these things have a tendency to blow over.

"There's been plenty of incident's where games have played out in this fashion before. Glenswilly and St Eunan's played out a low scoring Donegal Championship final, and I know back in the '80s my own club Burren were involved in a game where it was four points to three in an All-Ireland club game. It's not just an Abbey thing or a Down thing."

"Our club won a Senior Championship this year playing a very open brand of football, and out of a panel of thirty-five, more than half were ex or current Abbey pupils. Going through the school hasn't done them boys a button of harm."

SEE ALSO: 'We Have The Best Fans If We'd Only Give Them Something To Shout About'