Seeing their hurling counterparts win a first All-Ireland title in 29 years gave the Galway footballers a "kick up the arse" tells Eoghan Kerin.

It was just another jolt added to the one which Kevin Walsh caused when appointed as manager in 2014. There was a time when football was not the main priority for many on the Galway panel - that has changed under Walsh.

"Yeah, the hair gel is left outside the dressing room," joked Kerin at the announcement of AIB's five-year extension to its All-Ireland Football Championship sponsorship.

This season is Kerin's third as part of the Galway senior group - he wasn't there when Joe Brolly called them "surfer dudes and modern trad lovers" ahead of the 2015 Connacht final against Galway.

"I don't think he is right on that anymore, hopefully we have changed it to a certain extent," said Kerin. The 24-year-old feels there has been a culture change in Galway football, not just in terms of attitude but also tactically.

"I don't know where them comments stem from, but you can see this year there is a lot more - I suppose people wouldn't have associated that hard work or graft or that little bit of bite in the defensive structure. They wouldn't have put that with a Galway team. That is why the whole surprise or saying Galway played defensive this year.

"There has been a shift because as much as you would love to play football, just 15 on 15 you can't be naive at the same time. You have to get your house in order first. You have to be able to set up a structure to let the likes of Shane Walsh and these flair players play football."

Year-on-year Walsh and Galway have made progress, steadily becoming more competitive with the top teams. A March draw with the Dubs in Salthill, a decent arm wrestle with the All-Ireland champions in the league final, away wins in Tralee and Letterkenny and the Connacht quarter-final win against Mayo have totted up to All-Ireland contender status. 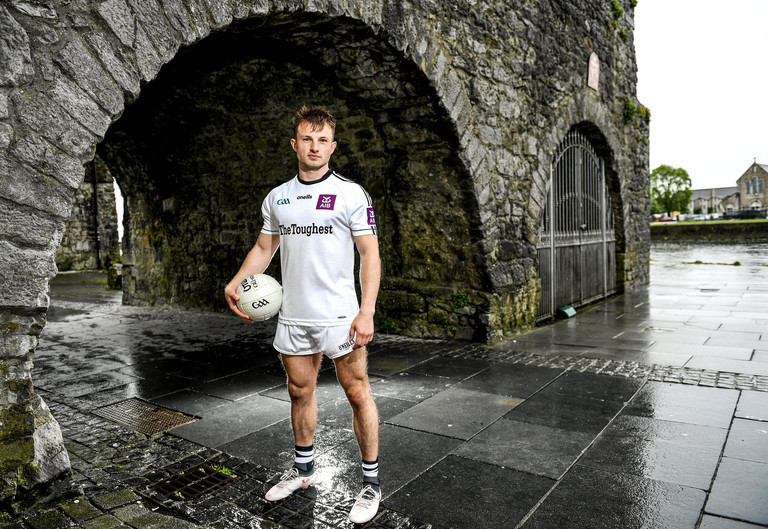 When Walsh arrived in 2014, he knew management could lay the foundations but the players would have to build the house. A panel which has bought into that philosophy has been key to Galway's rise.

When he came in it was just about embedding that little bit of in the sense that everyone in the squad now takes accountability. Kevin likes to put the focus on the players, as in it should be player driven. It shouldn't have to come from five or six on the management team trying to drive it into you day in, day out.

That has to come to a stage where the players are leading it out. The likes of Damo [Damien Comer] this year has relished the captain tag, he has really led by example.

A defensive slant has always been there under Walsh but this year it has stepped up a level. The addition of Paddy Tally to the backroom team has undoubtedly helped. Just a single goal has been conceded all year, a fact on which the Galway defence prides itself.

Kerin, who would never have been regarded as a serious inter-county prospect, is just one of many players who have developed with Walsh in charge. The Annaghdown corner-back has become a crucial bolt in the Galway defence. It's not that they're hard nuts to crack but more that they do the cracking. Where there was bark, now there's bite.

"Yeah, even looking at that Monaghan goal it was in the last minute of the game, they were pretty fortunate to score it. We have got our house in order, touch wood that keeps going.

"Sean Andy [O Ceallaigh] has been a great addition this year, Sean Kelly, the lads out the field know their roles and as inside backs we know our roles as well."

Being tagged as a defensive team during the league caused a little bit of annoyance within a panel which knows it has more room for growth.

"I know the stats don't lie and we weren't scoring a helluva lot, but I don't think we are that defensive of a team. Taking snippets of the League final, and I don't think Dublin will ever be regarded as a defensive team, but parts of that game there were 14 men behind the ball as well.

"It is easy for someone to throw a label on a team and then for everyone to run with it. I think we are slowly - there was a focus on the defensive side and shutting up shop a little bit - but hopefully we are getting the balance right moving in the other direction as well."

Kerin was in the stand at Pearse Stadium in 2013 when Mayo inflicted a humiliating 17-point defeat on Galway. Seeing Andy Moran celebrate Mayo's fourth goal in a game which already dead and buried was a low point for Galway football.

Though they have not come as close to Sam Maguire as Mayo in recent years, the edge is Galway's in the head-to-head. 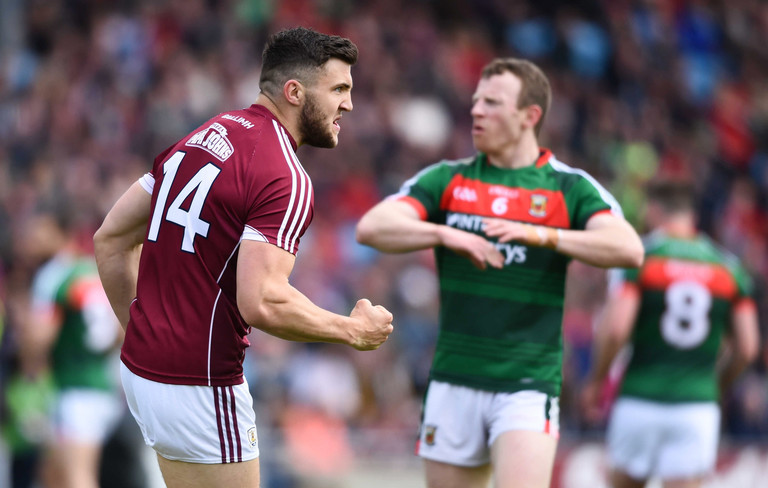 "We have been fortunate for the last three years and in the FBD and National League, we have beaten them five on the bounce which is pretty nice to get over the neighbours because they had their foot on our throat for the last few years before that.

"It was depressing enough to look at because it isn't even about losing sometimes, they [Galway] weren't even competitive at that level."

Kerin knows beating Mayo to the first corner is not enough - they've got to cross the finish line in front to prove their mettle. What he does know: the tools are there to carve out a memorable summer for Galway.

"Definitely when you have the likes of Shane Walsh, Damien Comer in the forwards they are massive players and would probably walk into any team in the country.

"It is just about getting the balance right. Hopefully we are slowly getting there. We were kinda disappointed with the Mayo performance, I don't think we performed to where we are capable of, hopefully we will hit the ground running against Sligo."

GAA
1 month ago
By PJ Browne
'There You Are Then, I'm A Hypocrite' - Brolly Explains Move To Eir Sport
23