The news has emerged this morning from Australia that Cork's Erika O'Shea and Meath's Vikki Wall are set to sign for the North Melbourne AFLW club.

After a promising season where the Kangaroos finished fourth they will be hoping the impact of O'Shea and Wall could see them potentially reach a Grand Final. Both footballers will join up with Mayo's Aileen Gilroy at the club.

This year's AFLW season looks like it will start a the earlier time of August which could come as a significant blow to both Cork and Meath, with both counties aspiring to win an All-Ireland in late July. 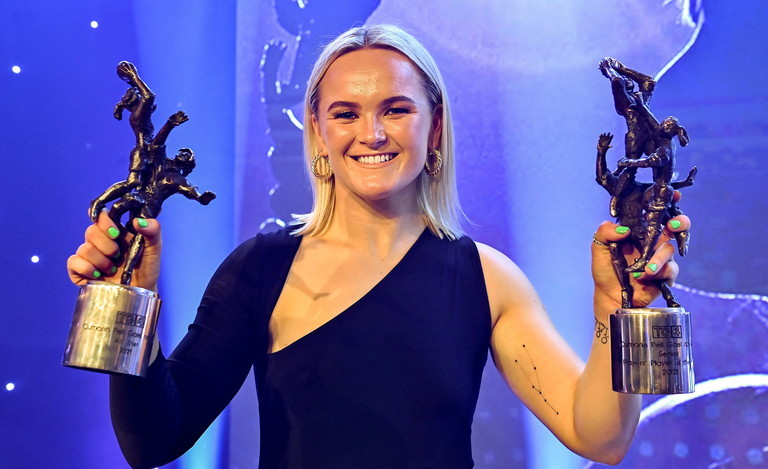 13 November 2021; Vikki Wall of Meath with her TG4 Senior Players Player of the Year and TG4 Allstar awards during the TG4 Ladies Football All Stars Awards banquet, in association with Lidl, at the Bonnington Hotel, Dublin. Photo by Brendan Moran/Sportsfile

Meath have been the story of Ladies Football in the past two years winning the All-Ireland in 2021 and claiming the National Football league title in 2022. Their rise has been incredible from Intermediate in 2020 to now being one of the powerhouses. Vikki Wall has been central to their rise where the Dunboyne attacker has picked up player of the year awards at intermediate level in 2020 and senior level last year. Wall's directness and scoring power makes her such a difficult opponent to stop.

19-year-old Erika O'Shea becomes the youngest Irish player to join an AFLW club. The Rebels defender is a player who has shown massive resilience in the past being dropped from the Cork U16 team. Considering how young O'Shea is, she has fitted into the Cork senior ladies football team seamlessly in the past two seasons. O'Shea has picked up key players previously in the past and starred for UL where the Limerick college went on to win the O'Connor Cup.

'All Star goal' by Erika O'Shea!

See Cork's TG4 All Star score a brilliant goal for UL to set up a Yoplait O'Connor Cup Final with UCC tomorrow.

Both players have been working with skills coach Mike Currane in preparation for their move across to Aussie Rules.

A great individual move almost leads to the first goal of the game!🥅@LadiesFootball
#ProperFan #PeilnamBan

Meath ladies football manager Eamonn Murray outlined his frustration on the potential of losing Vikki Wall and his criticism about AFL.

"I don’t know why you’d want to play that sport because it’s dreadful stuff to watch. I can’t understand it. There’s no skill at all." 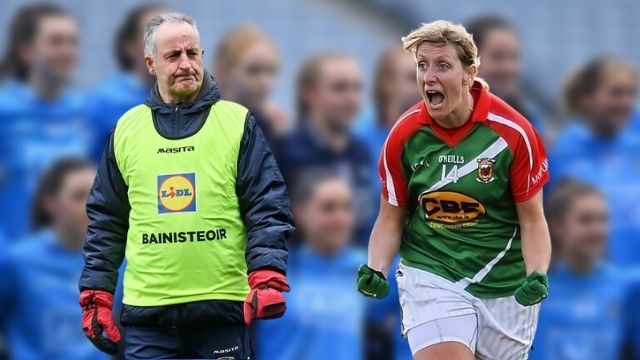