Jack Canning admitted last week that he feels a little bit of weight on his shoulders, bearing down from his surname. Being the nephew of Joe and Ollie Canning brings some pressure.

"He gets a lot more attention and a lot more abuse as well, which comes with it, unfortunately," Joe Canning told Balls at the launch of Bord Gáis Energy’s summer of hurling.

Last summer, Jack - who is the son of Joe's brother David - was one of the stars for Galway as they won the All-Ireland minor hurling final on the same day as the senior side ended a 29-year drought. He was Man of the Match, scoring 2-2 in the defeat of Cork.

The minor parachuted him a little bit into people’s minds but he’s still young. He’s 19 on Saturday.

He needs to be his own person at the end of the day. He needs to plough his own furrow and be himself.

His name shouldn’t really come into it in an ideal world but unfortunately, people look at that.

At Jack's age, Joe was further down the track than his nephew in terms of development. He had been playing senior club hurling since the age of 15 - this year is only Jack's second playing for the Portumna seniors. A rule which meant U17s could no longer play senior hurling prevented him from getting an earlier start.

"So I grew up a little bit quicker. He has a lot to learn in a way. You need to let him figure it out for himself. Let him be him.

"I don’t want him to be like Ollie or me, or how we deal with things. He’s his own person at the end of the day.

"He has to live and learn, sometimes by his mistakes as much as anything, and how well or bad he plays in matches." 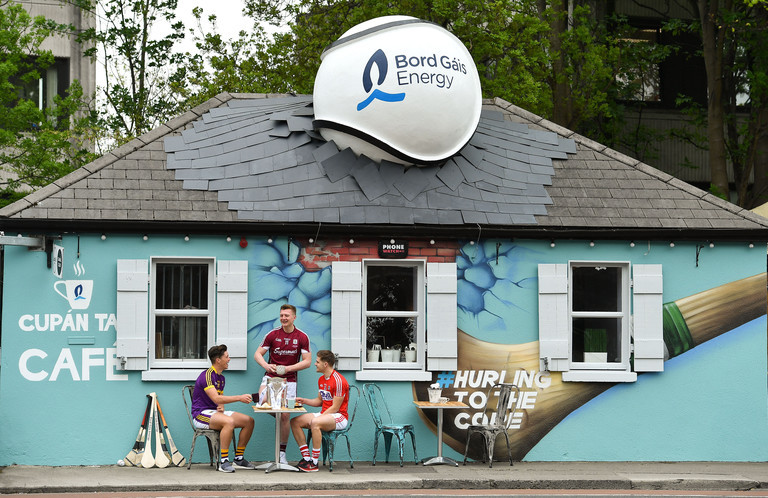 Growing up, Joe had older brother Oliie - a four-time All-Star himself - to use as a sounding board. The senior Canning could help his junior on the road - make sure he didn't take the wrong turns.

"It’s very easy at the touch of a button to criticise and big them up to be something that they’re not. People live in a fantasy world nowadays where they think you can expect more of people.

"At the end of the day, he’s an 18-year-old kid who plays a bit of hurling. He’s the same as any other young lad growing up. He just needs time.

"Just because he won an All-Ireland last year at minor level doesn’t mean he’s any better or any worse than anyone else."

Jack has spent some time with the Galway senior panel, he's been involved in the odd training match. Last week, he expressed some minor disappointment that he's not part of the group aiming to retain Liam MacCarthy. That disappointment was expressed with the knowledge that he has not yet turned 18 and has plenty to learn.

"I don’t know what planet he’s on if he’s a bit disappointed!" asserted Joe.

The main area Jack needs to develop is not physically, believes his uncle - Joe said last year that Jack was already "putting him to shame" in terms of sheer size - rather, it's mentally.

He’s 6' 3". He has still a bit to fill out upper body but he’s a big boy for his age. It’s more to learn headwise than anything. Cuteness and experience.

He’s only played two years of senior club hurling. When I was playing minor with Galway, Mattie Murphy was over us and he used to say if you weren’t playing senior with your club you were no good to him. He saw that as a great training ground for what to expect at minor when you got to Croke Park.

There was pressure on me when I went in at 15 to play senior for Portumna or else I wouldn’t be on the minor panel. He’s missed that few years so it will take him a few years to progress but he’s got U21 now so that’s his main priority, to try and make that team.

He needs to knuckle down and do that.

In attendance at the launch of Bord Gáis Energy’s summer of hurling are ambassadors from left, Conor McDonald of Wexford, Joe Canning of Galway and Alan Cadogan of Cork. Throughout the Senior Hurling Championship, Bord Gáis Energy will be offering fans unmissable GAA rewards through the Bord Gáis Energy Rewards Club. Photo by Brendan Moran/Sportsfile

GAA
2 months ago
By PJ Browne
Watch In Full: Limerick Vs Galway In The 2018 All-Ireland Hurling Final
1

GAA
3 months ago
By Declan Rooney
'It’s Terribly Sad What’s Going On In Mayo. There Are A Lot Of Power Battles'
5

GAA
3 months ago
By Michael McCarthy
Watch "Live": Galway Vs Waterford In The 2017 All-Ireland Hurling Final
Previous Next

GAA
2 months ago
By PJ Browne
Watch In Full: Limerick Vs Galway In The 2018 All-Ireland Hurling Final
GAA
3 months ago
By Declan Rooney
'It’s Terribly Sad What’s Going On In Mayo. There Are A Lot Of Power Battles'
GAA
3 months ago
By Michael McCarthy
Watch "Live": Galway Vs Waterford In The 2017 All-Ireland Hurling Final
Popular on Balls
Football
3 hours ago
By Balls Team
How Robbie Keane Found Out He's Cousins With Morrissey
The Rewind
4 hours ago
By Paul Moore
The Fresh Prince Of Bel-Air Is Being Rebooted As A Drama By A Writer Of The Wire
7