'To Be Honest With You, Football Probably Held Me Back'

"I wouldn’t be mad into long distance running or any of that kind of stuff," says Kevin Cassidy.

"But I’ve always liked to keep myself tipping over, even when I wasn’t playing. To be honest, if the body doesn’t feel right, I don’t feel right myself so I don’t."

Now 38 and converted from a wing-back to a full-forward, Cassidy will this afternoon line out for Gaoth Dobhair in their AIB All-Ireland Club Football Championship semi-final against reigning champions Corofin.

"I tip away at the gym and things like that then, maybe take up a new sport every year. I did a bit of cycling for a while. Last year I did a bit of boxing. Something to change it up to keep the mind right.

"Obviously this year, we’re full tilt since last January. It’s been good. Our trainer Michael Boyle, he’s excellent. He knows when we need to be in shape and when we don’t need to be, so it’s worked out really well."

Cassidy is a busy man. In addition to running the Teach Mhicí pub in Derrybeg just out the road from Gweedore, he has a few other interests.

He runs a Gaeltacht college and does team bonding trips for GAA clubs.

"That's part of the bar at home, we have accommodation upstairs," says Cassidy.

"About three or four years ago, we started getting teams down. It's going really well. They come down, play a challenge match and then I might take them for a coaching session or go for a night out. It's going well."

There's also a healthy food business which he started with the pub's chef.

He's into his crosstraining and his fitness. We just sparked up a conversation about what I eat and I was saying to him that some of the diets are really boring, salads and stuff that I can't get into.

He was showing me what he does and we launched a business as Smart Meals. It's basically healthy foods delivered to you.

The former Donegal footballer initially completed a degree in marketing but subsequently trained to be a teacher. He did so to facilitate his football career.

Now on the second year of career break from teaching, he admits prioritising football may have put the handbrake on other aspects of his life. 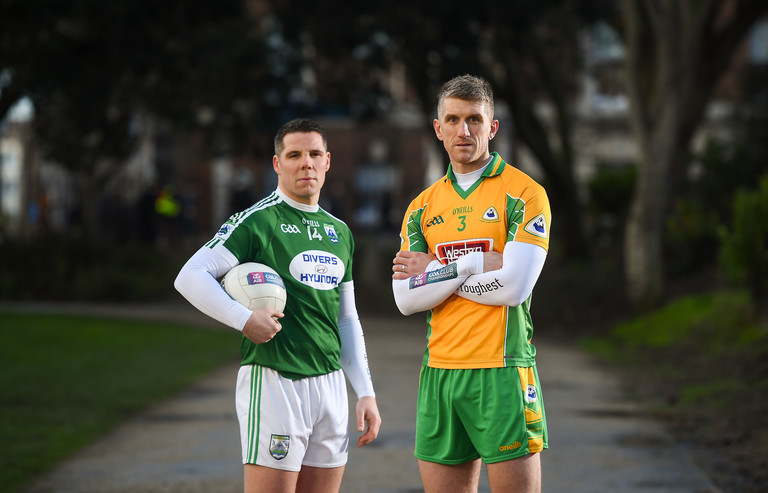 "To best honest with you, football probably held me back. I was looking at moving to Dublin after finishing college and taking a job there but it was too far away from the football. I had to find something at home. I did a Hdip in teaching.

"I love teaching. The school I was in is a special needs school. Hopefully, someday I'll go back to it.

"The business side was always something I wanted to do but I couldn't pursue because of football."

Two-and-half years ago, Cassidy hung up his boots after Gaoth Dobhair exited the Donegal SFC after a heavy defeat to Naomh Conaill.

"I probably could have still played, but I thought I wanted to do other things in life and also, we’d a fantastic group of players coming through," says Cassidy regarding that decision.

"My opinion was that if a few of the older boys stepped back, they could take the whole thing themselves. It’s funny the way it works.

"The manager [Mervyn O'Donnell] is a brother-in-law of mine and he asked me to come. At the start it was really to see if I could help out, maybe off the bench and stuff.

"It’s funny the way things develop. I think, as an athlete, once you get in there the hunger comes back very quickly. You don’t want to sit on the bench, you want to play. That’s just the way it fell this year."

Having an exciting crop of young players also helps.

"They keep you on your toes," he says.

It’s just the competitor you are – once you see somebody coming, you want to show what you can do. They’re fantastic and they’ve lifted the levels of our training, so it’s up to you to get up to those levels. And if you can’t be at those levels, you know yourself it’s time to go.

They definitely drive us older lads on. Likewise, I think it’s good for them to have old heads, especially going into big games. It takes the pressure off them. Because I can be up here talking nonsense to you, and they’re down home relaxing.

Heading into an All-Ireland semi-final, the decision to renege on his retirement feels like a great one.

"Regardless of what happens, at the start, we won the county title. That was the best thing because it had been a while for our club to win it and we wanted to get ourselves back. Then to go that step and win Ulster was massive. Now it just keeps coming.

"Hopefully, it’ll keep going to Paddy’s Day. You never know, but it’s been a great journey."