Late Drama In Donegal Semi-Final As McBrearty Has Goal Disallowed

Naomh Conaill will play St Eunans in the Donegal Senior Football Championship final after a three-point victory over Kilcar on Sunday.

Naomh Conaill won the game 0-11 to 0-8. In the dying minutes of injury time, it momentarily appeared that Kilcar had scored an equalising goal through Paddy McBrearty.

In the 63rd minute, Kilcar's Michael Hegarty lofted the ball towards the Naomh Conaill goal from a free and McBrearty palmed the ball to the net.

However, referee Enda McFeely gestured that the goal would not be allowed due to a square ball. McFeely did subsequently consult with his umpires, but again came to the same conclusion.

Noamh Conaill and Kilcar met in the 2020 final. However, due to appeals, the outcome of that game is undecided.

The 2021 Donegal SFC final between Naomh Conaill and St Eunans will be played at 3:15pm on November 7th, and it will be live on TG4.

Watch: Last-Gasp Penalty Save Sends Knockmore Through To Mayo Semis 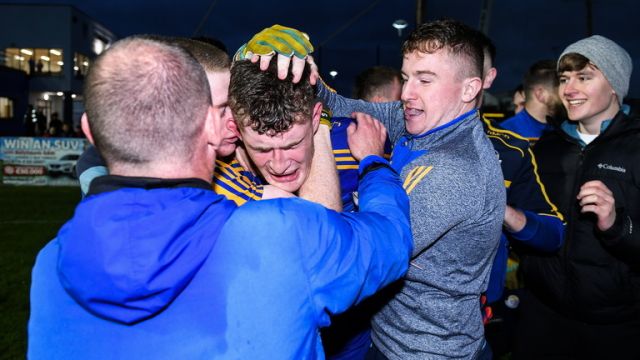