'The Team Most Capable Of Challenging Ballyhale Is Slaughtneil'

Neil McManus believes that Slaughtneil are the team most likely to prevent Ballyhale from winning a third consecutive All-Ireland club hurling title.

Slaughtneil defeated Down champions Ballycran on Sunday to win their fourth Ulster title in five campaigns. In the 2019/20 championship, the Derry side pushed Ballyhale close in an All-Ireland semi-final, eventually losing by five points.

On Sunday, Ballyhale won their third Leinster title in a row with a 27-point victory over Clough-Ballacolla.

Ballyhale will face Galway champions St Thomas' in an All-Ireland semi-final on January 23rd, while Slaughtneil will play the winners of the Munster final between Kilmallock and Ballygunner.

"Whatever chance you have, I think it would be in a semi-final, outside of Croke Park. Their forward line is electric. Every time the ball went in to space on the field, they were taking their men on. They just looked dangerous at all times.

"Colin Fennelly is such a good target man, he holds the ball up so well. Ballyhale do play quite defensively, whenever they don't have possession of the ball, they drop back but they've always got that outlet straight into the edge of the square." 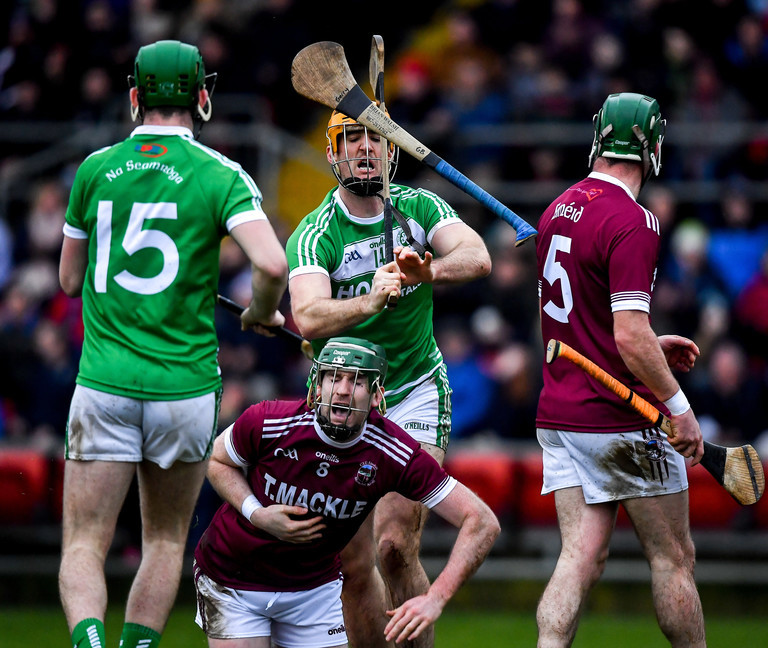 5 January 2020; Colin Fennelly of Ballyhale Shamrocks in action against Gerald Bradley of Slaughtneil during the All-Ireland Senior Club Hurling Championship semi-final at Páirc Esler in Newry, Co. Down. Photo by David Fitzgerald/Sportsfile

McManus continued: "If you could get them outside of Croke Park, in a provincial setting somewhere, and the weather wasn't fantastic on that day, it would probably help your chances an awful lot," he said.

"We saw that two years when Slaughtneil pushed them to the pin of their collar. That scenario is what you need again. The thing about Slaughtneil is they have incredible fitness, incredible athleticism, and they are really good hurlers as well.

"We don't know who is going to come out of Munster yet. It's strange that they are delaying the Munster final until after Christmas - there's no Christmas break for those guys now. St Thomas' won't have played in almost two months, maybe slightly longer.

"The team most capable of challenging Ballyhale is Slaughtneil." 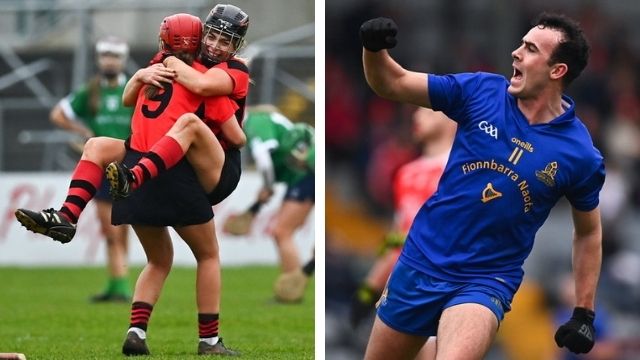 GAA
1 year ago
By Dylan Ryan
Tyrone Legend Wants Club Finals Played On St Stephen's Day
GAA
1 year ago
By PJ Browne
Fennelly Remembers Deceased Clubmates As Ballyhale Make History
GAA
2 years ago
By PJ Browne
'To Play Football And Hurling, All We Are Is Hurling And They're Both, It's Just Amazing'
Popular on Balls
Rugby
1 day ago
By Colman Stanley
Bundee Aki Apologises For Confronting Ref After Connacht Concede Late Try
Football
1 day ago
By Gary Connaughton
Report: Newcastle United Lining Up Move For Euro 2020 Star
Snooker
10 hours ago
By Gary Connaughton
Ronnie O'Sullivan Couldn't Get Over Stunning Mark Williams Escape Shot
Rugby
2 days ago
By Jonathan Browne
Who Is Karl Martin? Meet The Young Drogheda Man Making His Debut Against Leinster