No Bad Blood, But Mayo And Tyrone Have Given Each Other Reason To Believe

Inside the bus, there was a deathly silence. Outside of it, there were lively celebrations. Newry was buzzing, Tyrone were expiring.

Enda McGinley found himself seated beside Philly Jordan. Hardened stalwarts. They both started in the successful 2003 and 2005 All-Ireland finals. Driven by a sense of purpose, renowned for embracing combat. Now united in fear.

Down had just beaten them in the Ulster quarter-final. Their doubts did not need to be expressed. It lingered palpably in the air. Eventually, McGinley spoke up and proposed a silver lining. If this is to be the end, let us go out fighting. "We owe it to ourselves to have one final crack at it." 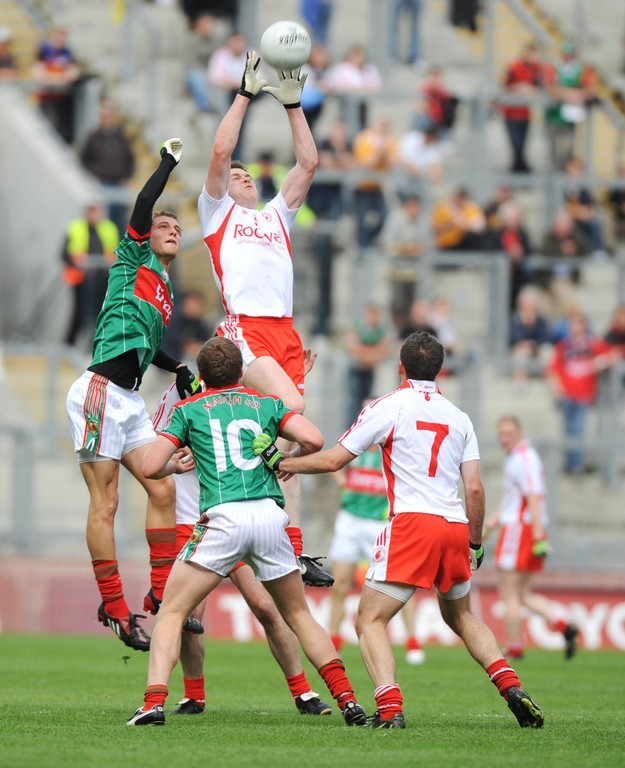 That was the public perception. Limping through the qualifiers towards the inevitable end. Mayo in Croke Park seemed a fitting conclusion.

"The Mayo game was the big one, it was misread by the pundits out there," McGinley told Balls.ie in 2018.

I remember sitting in the team meeting that morning and the Mayo team was up on the board. That team was a real decent quality side. I remember thinking 'this will be tough today.' Now we came through it and it was not pretty.

We didn't really get any credit at all for it but as a team, we were delighted about that. It left us in a perfect situation coming in against Dublin. Dublin had sailed through Leinster and were getting a lot of hype. We were rubbing our hands really.

Dark skies disappeared, murky clouds parted and Tyrone could see the summit once more. The belief was back. It carried them to their third All-Ireland title in five years.

Such moments protrude as milestones when charting triumphant journeys. Remarkably, while Saturday's final hosts a novelty pairing, their histories are so entwined that inevitably many past meetings will form part of the victor's story.

In the same year as that third round qualifier, Tyrone and Mayo played each other in the minor All-Ireland final. Peter Harte and Mattie Donnelly starred for the Red Hand. Aidan O'Shea and Rob Hennelly were among those who lost out. 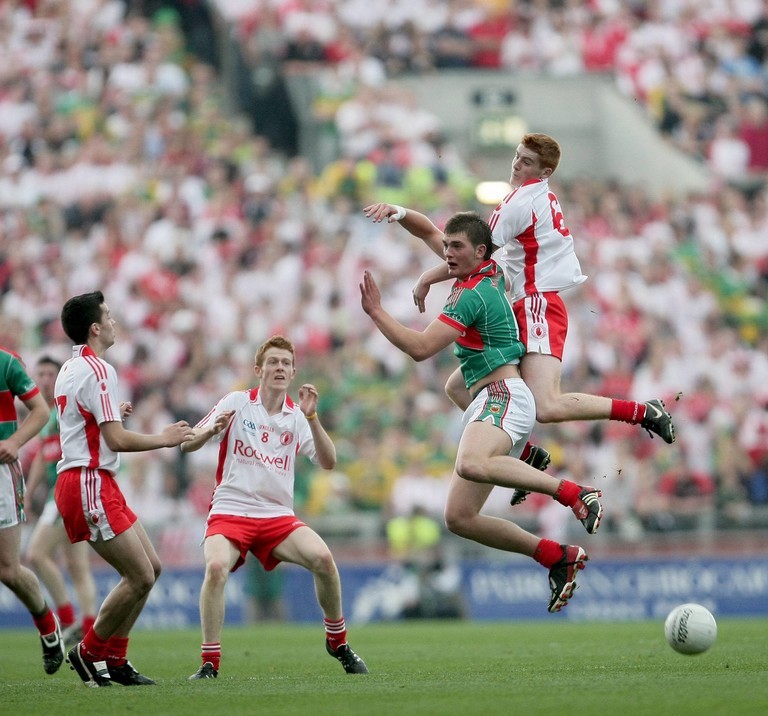 For Tyrone, it meant modern footballers with a taste of success could quickly transition to the senior panel. Peter Harte made his debut against Mayo just 15 months later.

"You have to bide your time to find your own feet, and I think these men have, these are the boys we have been waiting on to actually give us the added value," Mickey Harte told the Irish News a few years ago of that minor group.

“You can see that now, there is leadership in them, there is a teamwork in them, a versatility in them; they can go to various parts of the field. It is good to have people like that; they are central to making things happen."

In 2015 when Tyrone reached an All-Ireland semi-final, Mattie Donnelly won an All-Star. A year later when they appeared on the same stage again, Donnelly and Harte won one.

Crucially, both embody the style that has powered the Ulster champions during this campaign. Donnelly is a ball winner and expert finisher. He is also fit and mobile, capable of playing on the edge of the square or around the middle.

Harte has scampered around the middle third for a decade now. Pace and power that will prove crucial if they are to bring the Sam Maguire Cup north this weekend.

A three-point Mayo win ended an extraordinary 28-year wait. Suddenly it was the first lick of the spotlight for an up-and-coming crop. The Westerners were awake. 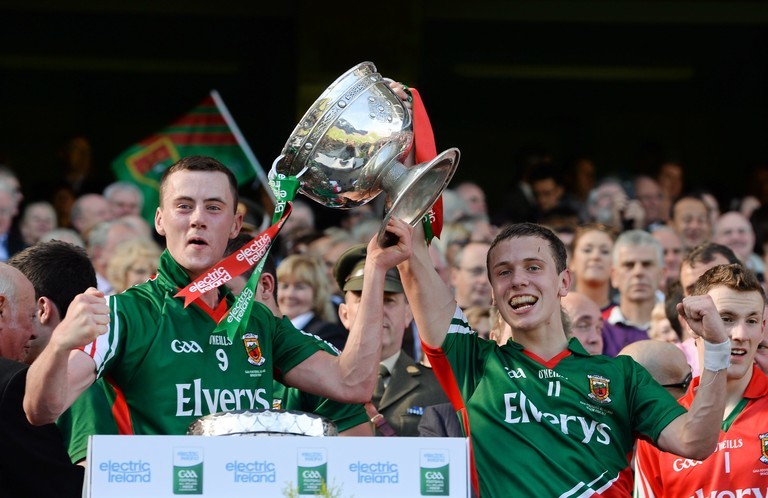 "I suppose it definitely did help, confidence-wise,” O'Connor said 12 months after that feat.

"You've done something that some of the players in the senior team haven’t done before. It’s brilliant in that it gives you a great winning mentality, which is a huge help coming in with the seniors."

That underage success was referenced in the aftermath of their semi-final win against Dublin. O'Connor and that sizeable cohort played and defeated a team that included the likes of Con O'Callaghan, Paddy Small and Brian Howard in the All-Ireland U21 semi-final. When the pressure was ramping up and the game was on the line, they could look their opponent in the eye and be heartened by the knowledge they had bested them before.

This is a match-up with no bad blood. Familiar but not grudge-bearing. The fact is they have more similarities than points of difference. Two outfits made up of similar elements.

The marriage of successful underage teams with a battle-worn core is shared. As are key principles like athleticism, aggression and assurance.

Tactically, those previous battles are of little importance. The same can be said for the numerous Division 1 shadow boxing bouts over the years. If 2021 has thought us anything, it is that the league is no true gauge of collective ability.

That is not to say the underage silverware is unimportant. History carries weight and winning is a habit. This match is about mentality as well as strategy. Every team will claim to believe, it always helps when you have something to point to as reason why. In actual fact, it is one of the things that makes this final so interesting. An underlying force that will energise this powerhouse collision.

Both participants travel with more than just hope. They carry with them, in a way that is comprehensible and justifiable, expectation.