Patrick O'Connor was among the supporters for Wicklow's big day last year when they beat Offaly in the opening round of the Leinster Championship. The Carlow IT student had taken a year out from inter-county football to concentrate on his studies.

"The hype and everyone around, even watching the lads out doing the warm-up, it's horrible on big days like that not to be involved," said O'Connor at the launch of the 2019 Renault GAA World Games.

"Being there that day that's why I said I'd go back this year."

When he rejoined the panel, new faces had been introduced by manager John Evans.

For the first league match, there were nearly nine or 10 new lads starting. This year, everyone has got a massive interest.

John Evans is obviously a big factor in getting everyone back and this year we've put a lot into it.

He's a brilliant manager and he's given everyone their fair shot. He's given youth a chance. I think it's going to pay off.

He's a very good man manager. I'm doing my final exams in college and he's given me the space and time to study and not be out training five or six hours away from the study.

He's well experienced and he knows when to tough up the training.

Among that new blood are two transfers from Dublin with Wicklow connections: David Devereux, who plays his football with Ballinteer St. Johns, and Oisin Manning of St Jude's.

Devereux, the brother of Dublin footballer Nick Devereux, has played at O'Byrne Cup level for this native county. 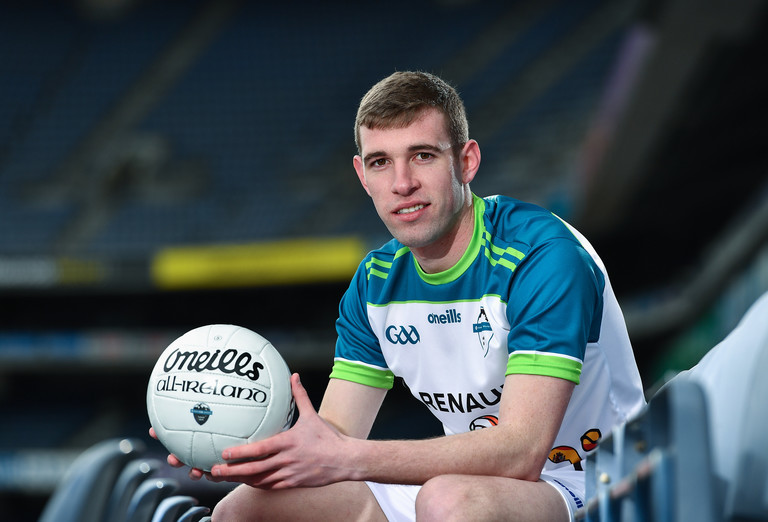 "I think there are a good few people that are eligible for Wicklow," said O'Connor.

"The two lads that came in from Dublin, they're very professional and everything they do is 100 per cent. Wicklow might chase a few of them but definitely the two lads they've brought in have been unbelievable this year.

Promotion from Division 4 of the league was one of the main aims going into this year. Though the campaign started well, it faltered with frustrating defeats to Leitrim and Derry.

We got a good start against Waterford, beating them down there. Then coming into the Leitrim match, we knew we had what it takes to beat them. We were a point up coming into injury-time and I think it was just a lack of concentration, they got a late goal and clipped two scores. That was a real big set-back.

Then we went up to Derry and it was kind of the same, a few silly mistakes and then two goals. That kind of set us back. Very frustrating because when we look back on it they were games we could have won and got the points to go up.

That leaves the May 11th and their date with Kildare at Dr Cullen Park in the opening round Leinster Championship as the main focus.

More than a decade ago, O'Connor was in the stands when Wicklow, with Mick O'Dwyer at the reins, upset Kildare to claim their first ever championship win at Croke Park.

Like the big day he missed last year and the one he experienced as a young supporter, O'Connor hopes to be part of another memorable occasion for the Wicklow footballers.

"I'm very confident. Especially down in Carlow, it's a nice pitch there. This year we just set-up a game-plan and everyone bought into the way we want to play. It's a very young team, we're very fit and we're putting in hard work. Kildare mightn't look at us as a big threat so we're underdogs. Going in under the radar is the best way. The main aim will be to give them a big rattle."

Above: Wicklow footballer Patrick O'Connor during the Renault GAA World Games 2019 Launch at Croke Park in Dublin. Photos by Sportsfile

Dalo: 'This Walsh Park Thing Is After Putting A Real Spanner In The Works'