The Balls.ie Club Hurling Championship Team Of The Year 2018-19

What a year of club hurling that was, lads.

From the deep south came a Ballygunner side, galvanized by a plethora of Munster Championship heartbreaks who, led by the wonderful Mahony's, were able to reap revenge on Na Piarsaigh after the Limerick men had put them to the sword in last year's decider. Here too, the mesmeric rise of Darragh Fitzgibbon continued to play out, the Charleville stalwart, almost steering his side to an All-Ireland success.

Fitzgibbon and Charleville were thwarted from the west. Niall Burke certainly won't be receiving many Christmas cards from Cork this year after a sumptuous display at Croke Park in late February, and in Oranmore-Maree manager John Burke came a direct link to further Galwegian success at club level. The man bred no less than five sons that filled out the St. Thomas' ranks on St. Patrick's Day against Ballyhale.

There's some comfort knowing that the Shamrocks are back on top of things with Henry at the wheel. The calm equilibrium of the Kilkenny side capturing their seventh All-Ireland senior crown drew a stark contrast to the unbridled joy ten minutes along the south-Kilkenny roads, as Dunnamaggin tasted All-Ireland success for the first time - a beautiful twilight for one particular Cats legend.

Ulster too played it's part, with Ruairí Ógs, Cushendall involved when Parnell Park saw a game for the ages between the Glensmen and St. Thomas's at the semi-final stage. And what about Castleblayney, written off at every juncture, the Monaghan minnows so close to creating the fairytale of all fairy tales, only to be outlasted by Dunnamaggin.

Tough to pick a fifteen, given the standout performances of so many, but we gave it a bash anyway.

Try as you might to get away from this man, you simply can't do it. His club may have only made it as far as the Leinster semi-finals, but Corcoran's display against Mount Leinster in the quarters was something dreams were made off. Five points and a penalty save.

Chipped in with a penalty in the defeat to Ballyboden in that goal-fest of a provincial semi back in November.

We could nearly make a fifteen of all 'Blayney players such was our love for them during their fairytale run to the All-Ireland Junior final, where they very nearly caused a seismic upset against Dunnamaggin. Key to that performance and indeed so many along the way was a tight full-back line. Leonard and co. were outstanding at Croke Park, and showed a tenacity that few would have thought possible in holding out the Kilkenny lads for long periods. 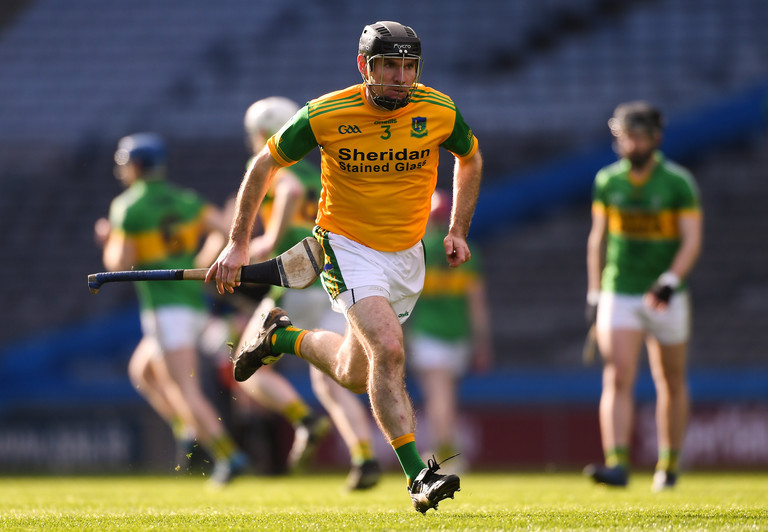 What can be said that hasn't already been stated. Nine times an All-Ireland champion with his county, Hickey at 38 may well have swapped each of those nine successes to claim a tenth with his club side. Returning to Croke Park after a seven-year absence, it was like the statesman hadn't been away with a resolute performance at full-back. A legend.

A bright young hope in the west, we have him playing in the unusual position of cornerback in this side for two reasons. One was he simply had to be in based on performances, and two the maturity and leadership he has shown defying his tender years make him a fine candidate to do a job anywhere on the field.

It's been a year of serious development for the youngster under the watchful eye of his uncle along the line, and Michael Fennelly alongside on the field. Himself and the Mullen's have become underscores of a newly invigorated Ballyhale side that shows no sign of letting up in the production of the country's finest hurlers. 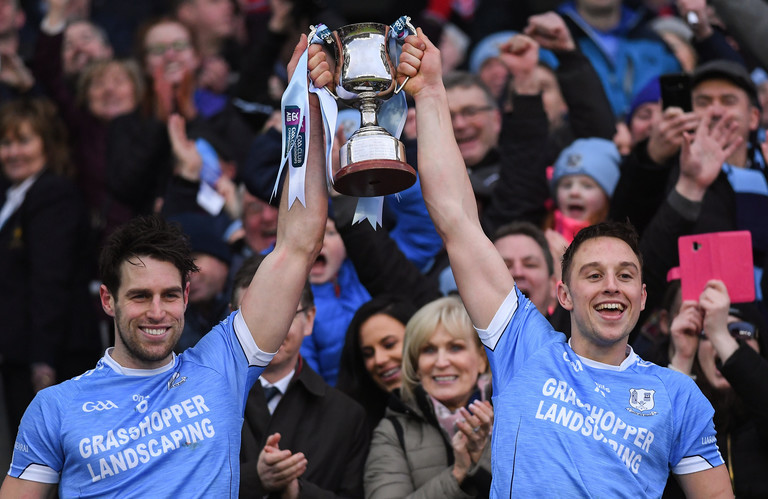 Co-captaining the Galway side to Intermediate success, McInerney very much played the defensive commander allowing fellow skipper Niall Burke to dictate things from the front. Co-captain partnerships can sometimes be difficult to negotiate, but these two had it down to a tee.

A key performer in the win over Ballygunner in a nail-biting semi-final win, Mullen showed all his class again against St. Thomas on St Patrick's Day, grabbing himself two points from his advanced wing-back role. Looking all the world to be a replacement for Fennelly at centre-back when the veteran puts the hurl down.

The Galway senior dug deep in tandem with David Burke in the midfield for St Thomas' throughout their campaign, none more so when they had to muster all their powers to deal with the mercurial Neil McManus in the semi-final win over Ruairís. Had it tough in the second half against Ballyhale but well worth his place in any side. 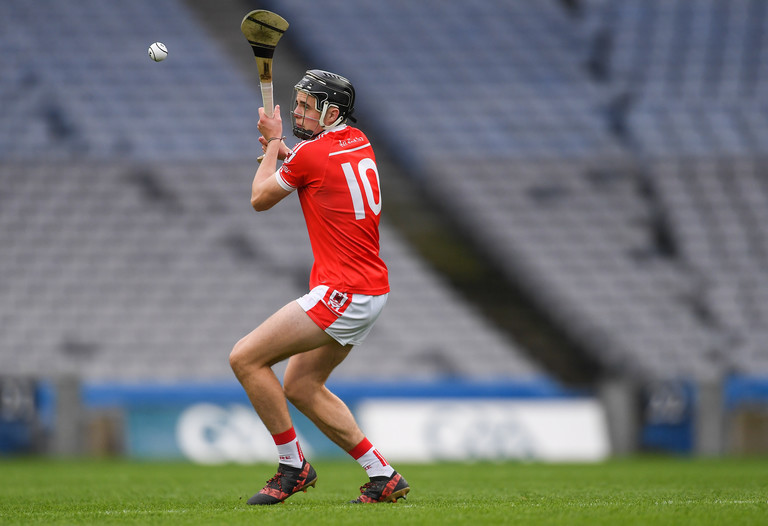 It's perhaps a bit disrespectful to label the 2018 All-Star as the man in Charleville's one-man band, but such was the 21-year-old's influence on his club side's road to Croker, it's difficult not to give it a moment's thought. The final with Oranmore was all about himself and Niall Burke, with each star popping frees for fun. Even playing with thirteen men, it was hard to dull Charleville and Cork's brightest star.

A sensational haul of 1-11 in the final against Charleville, he spearheaded a sensational second-half comeback for the Connacht champions displaying his unerring ability from the dead ball, as well as fantastic range-finding from play.

So often brother David takes the plaudits, but 2018-19 has been a fantastic year for Darragh, whose crowning moment really came with a crucial goal in the Galway county decider against Liam Mellows. Again a specialist from the set-piece.

It's a team that won't be short a few lads willing to step up and puck a ball over the bar from a free, Mahony is surely the principal. Quite simply sensational in the Deise side's run to Munster glory and very nearly made it all the way to Croke Park had they not ran into Ballyhale in the semis. In the four games that saw Ballygunner storm Munster and lose to Ballyhale, Mahony registered a staggering 1-42, an average of over 11 points a match.

The star-turn in the Castleblayney fairytale, he very much led the charge from the front as the Farney men knocked us all over with their bravery and heart. A lot of worthy candidates in a saturated position but Rafter has earned his place amongst some of the game's biggest names.

Another goal for Colin Fennelly for Ballyhale!! pic.twitter.com/4ilLx3x0sj

Starting to really come into his own at 29, the seven-time All Ireland winner and 2014 Al-Star was central to the resurgence of Ballyhale this year. His remarkable performance for the kingpins last Sunday will only be overshadowed by the moment of sheer genius that was his second goal. Racked up 4-04 in a Leinster semi-final to boot. What a player!

Named alongside cousin Colin Fennelly, the Ballyhale youngster is a future All-Star in the making, with the ability to create and finish the most dazzling of Ballyhale moves. Will go down in folklore as the player to have hit the wayward drive that led to Fennelly's sublime effort against St. Thomas', but this man is heading straight for the top of Kilkenny hurling.