How Dublin GAA Fans Have Reacted To The Balgriffin Training Photos

At least nine Dublin GAA players were seen training yesterday at Innisfails GAA club in Balgriffin and the photos found their way to the Irish Independent today. The photos capture a clear breach of covid regulations, and the timing is awkward, given the GAA's strong warning to counties not to train ahead of the loosening of training restrictions on April 19. While there have been suggestions that Ireland's beaches are currently full of intercounty panels enjoying training, unfortunately for Dublin, they seem to have been caught out here.

Big story on the frontpage today:

Dublin footballers engaged in secret dawn training session hours after GAA warned all counties that any breaches of Covid rules could put their return plans “in serious jeopardy”. pic.twitter.com/w463VDfy7D

The news cycle has been somewhat predictable. The GAA released a statement expressing their frustration. Mayo TD Alan Dillon called for an 'investigation' into the incident. Minister for Sport Jack Chambers said the photos are unlikely to impact the return of intercounty GAA.

How the photos found their way to a national newspaper, and how the GAA decides to sanction Dublin on the back of them, are two very intriguing conversation topics being discussed on the internet today. It was interesting to watch the narrative amongst Dublin fans on forums like Reservoir Dubs evolve across the morning and afternoon.

As far as we can see, there have been four stages of reaction to this news from Dubs fans.

Given that the news broke on April Fools Day, there was initially a healthy amount of suspicion about the photographs. Eagle-eyed Dubs fans were initially thrown by a few things. The foliage at Innisfails is quite verdant given the time of year. The photographs are very bright for a dawn training session. Finally, Peadar O'Cofaigh Byrne was photographed amongst the players even though he wasn't in the panel last year.

As one Reservoir Dubs poster put it:

As I said earlier I wonder about the photos. O’CB, the greenery (for late March), the brightness for 7am.

However, as the morning went on, the conversation shifted from incredulity to acceptance.

Stage 2: The media has it in for the Dubs

Given the media conversation around breaking up Dublin, some Dublin fans seemed angered, but not surprised, by the dramatic tone of the article and the allocation of six pages of a national newspaper to cover this story given the pandemic taking place all around us. Some pointed out that Cork and Down weren't given this level of coverage when they trained back in the winter.

Reservoir Dubs poster Roman had perhaps the most colourful reaction to the Independent's article.

The tone of the article is insane. You’d swear 9 vampiric Dubs met at predawn to collect and sacrifice a trafficked sex slave.

“Predawn meeting” - “sponsor branded vehicles pulling into private car park” - “plain clothes security” - “lights left off despite dawn only breaking” - the constant repetition of “Next to a cemetery”.

Yes, they’ve been remarkably stupid to be caught like this. But the bottom line is that they’ve really failed, not “our children”, but at keeping up this ridiculous pantomime created by NPHET and co.

Stage 3: There's going to be war

Once everyone came around to the fact that the photographs were real, thoughts moved on to how the images would be spun by Croke Park, other counties and people on social media. Dublin supporters like this one started to buckle down for 'point scoring'

every kind of hypocrisy and point-scoring imaginable will go on now for the next few weeks. not just from the yerras but croke park won’t be shy in taking their opportunity to even the playing-field. best to take what comes and plan for the worst which is being without those involved for the league and probably for leinster too. take it as an crisis-opportunity to blood some new players at the coalface. by august, we might be thanking our lucky stars. storm in a teacup anyway when you see what’s going on on every beach in the country from dawn till dusk.

Stage 4: This is not good enough

But the overriding sentiment on Reservoirs Dubs and across social media is disappointment. This great Dublin team lean into their image as role models, and the majority of fans seem to think the players photographed - and the team's coaching staff if involved - let themselves down here if a training session did take place.

Damothedub expresses this most eloquently:

Surprise is where I’m at with the lads , it’s completely out of character, now I don’t believe anyone is that unlucky to get caught in this way the first time they’ve done it ,strip it back its poor judgement, we’ve talked at length rightly how Dublin footballers are role models in the community,
how culchies / media/ joe Duffy perceive it is completely irrelevant,it’s deflecting from what happened, there needs to be punishment in line with how other counties we’re dealt with , no more no less , because you wear a blue Dublin jersey shouldn’t carry any excess weight when deciding how this transgression should be handled

Poster daedulus pointed out that the alleged presence of a coach at this training session will have a massively impact on the punishment from Croke Park.

Big difference in optics between a few mates kicking a ball about or teammates under instruction from Dublin coaching staff. The former is happening on every field in Ireland and very safely in my view but the latter shouldn’t be per protocols. There will be suspensions on the back of this.

All GAA fans are interested to see how HQ will respond to this. Tom Ryan couldn't have been more explicit that counties shouldn't be training until the 19th. Will the GAA punish Dublin in the same manner as they punished Cork and Down, or will there be harsher sanctions because of the timing? 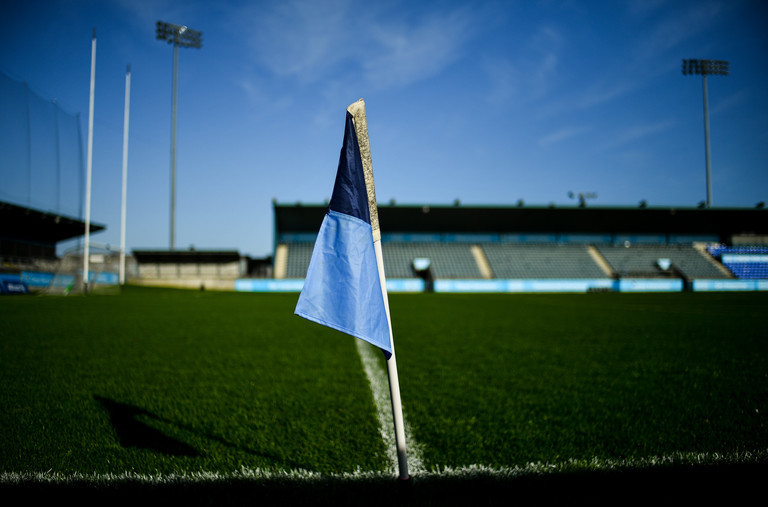