Who Should Be The Next Kerry Captain And Why Does It Matter?

Despite the rapid progressions, the creation of a new state of the art training centre, the appointment of a full-time head of athletic development and the precise approach to financial management that sees the county in profit after an All-Ireland final run, Kerry still cling onto one pillar of the past, one illogical tradition.

The perpetual football county has a peculiar captaincy selection process. The honour goes to their club champions, who nominate the chosen one every year.

That power lies with East Kerry after their victory over Dr Crokes last November. A motion calling for a change to the process has been discussed but the very same motion has been proposed time and again, without ever succeeding. 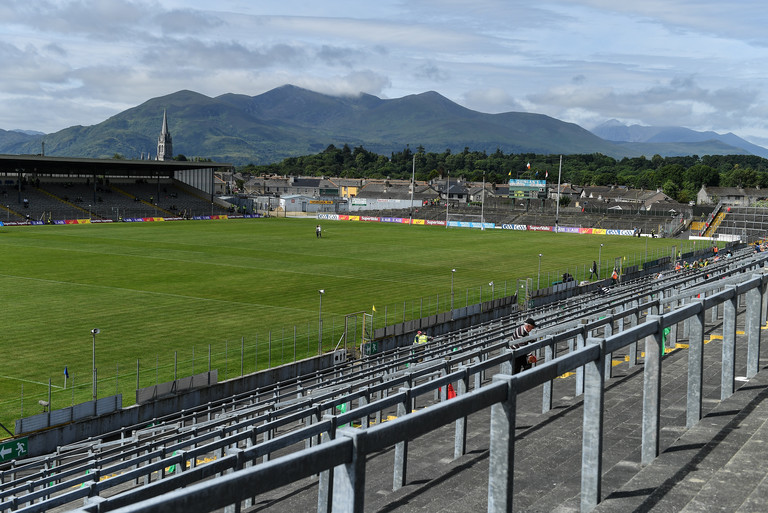 The green and gold know all about success and what it takes to attain it, so why do they persist with a process disregarded by the vast majority of counties?

"I am the wrong person to ask this," suggests 2009 All-Ireland winning captain Darran O'Sullivan.

"If it wasn’t for the ruling, I would never have been captain!"

The Glenbeigh-Glencar club man was awarded the honour after winning the 2008 Kerry County Championship with divisional side Mid-Kerry.

Look, I think the great thing about Kerry is that it doesn’t matter what club you are from. If you are good enough you get brought in. I see it in other counties. If you are down with the lower-ranked clubs, you are not getting a chance. I was 22 and I was made captain.

When I started playing with Kerry my club was Division Five. It is the great thing about Kerry football, everyone has the opportunity to play for them and this ruling gives everyone the chance to captain Kerry.

The mantle has been passed along through players of varying experience or standing. There is a sense of gravity that binds them. If every player understands the responsibility that comes with being a Kerry footballer, it is only a select few who appreciate the honour of being a captain.

That creates an affiliation. A shared identity that transcends eras and teams; the appointed ones. When O'Sullivan was concerned about his speech, it was 2009's stand-in captain Marc Ó Sé who offered assistance with incorporating Gaeilge.

In the aftermath of their success, it was 2006/07 All-Ireland winning captain Declan O'Sullivan who advised him to leave off the drink for the journey back to Kerry so he could soak it in and remember the celebrations. 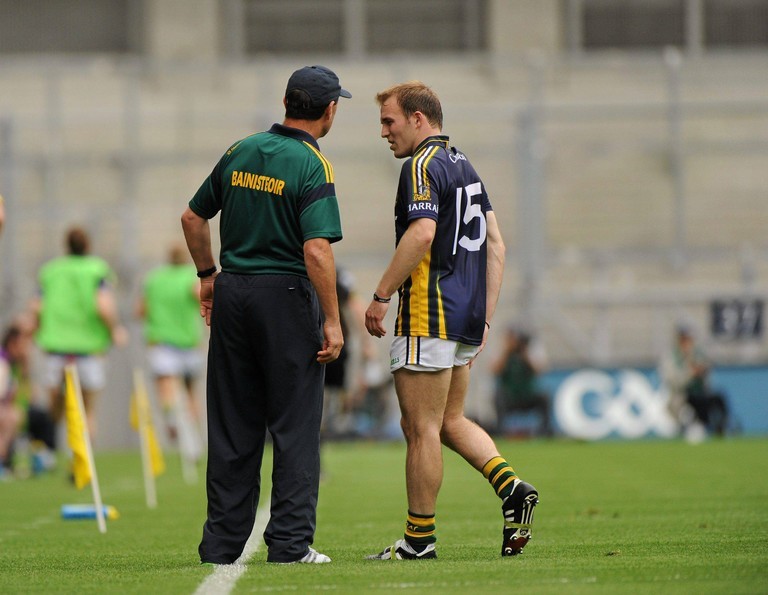 In recent years, the responsibility has fallen to younger or fringe team members which has led to renewed suggestions that a manager would be best placed to select his captain. Yet, as O'Sullivan recalls, his manager Jack O'Connor understood this was the Kerry way and merely incorporated it into their practice.

Jack told me at the start: 'If you want to say something, say it. If you don't, don’t worry about it.'

I was in there with legends: Gooch, Galvin, Declan. The list is endless. So I was never under huge pressure but at the same time I did feel, 'right you are not just a Kerry player, you are a Kerry captain.' I found I started looking at everything. Everything you do, you have to do more. It matures you. You had no choice.

"I was young and at times had an impact role, but then I was thinking 'I have to be on the team, I'm captain.' I got left out for a Munster final. I was embarrassed about that but he said 'keep playing your game.' I was the easy fella to leave off because he knew I would do it off the bench."

The man who led Kerry out in O'Sullivan's absence was Marc Ó Sé. The honour was a particularly poignant one for the Gaeltacht man given his uncle Páidí's infatuation with the role.

The tradition adds an extra edge to the club championship in a county obsessed with extra edges, sub-plots and added intrigue.

If ever there was a contest that proved that, it was the 1984 county final between South and West Kerry. Jack O'Connor maintains he has never seen a player as disappointed as Jack O'Shea was after that game.

"After they won in 1984, Lispole nominated him as captain. That was such a huge honour for Páidí, in his speech he actually went and thanked Lispole."

"Is there pressure with the privilege? Páidí always said he felt captains never played well in finals. The day of 1985 final he put pressure on himself to perform. You can channel that in the right way." 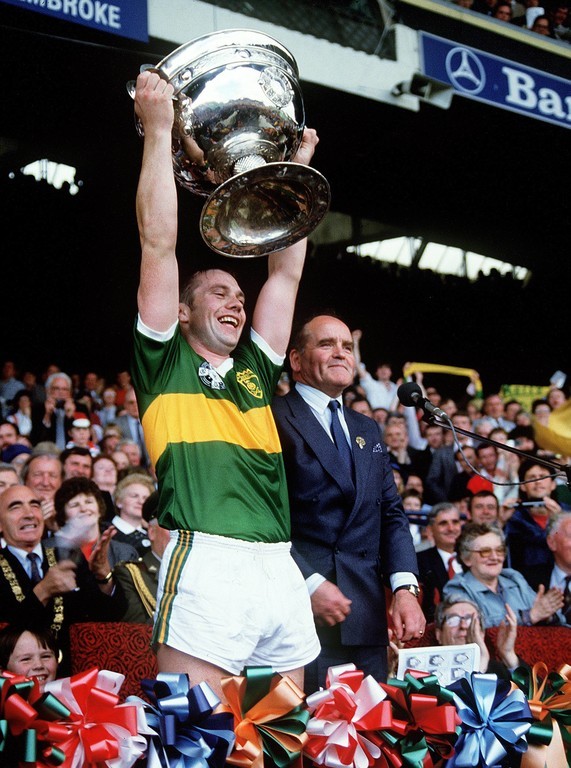 He finished that year with an All-Star and an All-Ireland medal.

On the other hand, the system ensures certain leaders will never have the chance to receive the title of captain. Mickey O'Sullivan had assumed the mantle long before official recognition was forthcoming in 1975.

The Kenmare native was one of the first Irish students to attend Strawberry Hill College in London studying physical education. He arrived back armed with an arsenal of information on activation, recovery and preparation. By the time Kenmare won the county final in '84, he was effectively training the team.

However, it was the armband that he wanted. So, when the Kerry county board sent him to a Kevin Heffernan coaching course, he dragged Mick O'Dwyer along with him. Mick'O took over the team, O'Sullivan captained them. It ended in their first All-Ireland in five years. 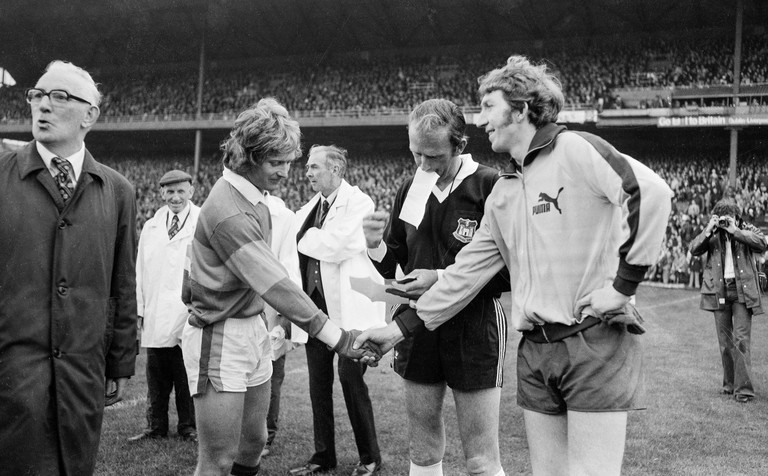 Calling on his experience as a player, a captain and a coach, O'Sullivan is certain he knows what is best for the county. For him, the tradition must end.

"The whole concept sees managers offload an awful lot of responsibility to players. Players have to buy into that. You need a strong leader in the team because he has to set up a leadership group. This is the way it is gone.

"You have a leadership group now in top counties, six to nine people. Highly regarded lads appointed by the team. Ultimately, the players would work in conjunction with the manager.

"This archaic system imposed on a manager and a team is tying their hands. Ultimately, the real leader is not necessarily the captain. Pick a guy they all look up to. That they respect, on and off the field. Off the field more so."

The seriousness with which each former captain speaks about this issue is a timely reminder about the regard the sport commands in the Kingdom. Mickey Ned O'Sullivan only cares about what is best for the county.

"Appointing someone just because he is a member of a county championship team is crazy. The most important thing now is getting the dressing room right.

"If you are imposed with an old fashioned system, where you have to give the captaincy to someone with no leadership qualities and is going to be undermined by the natural leaders, it is causing conflict." 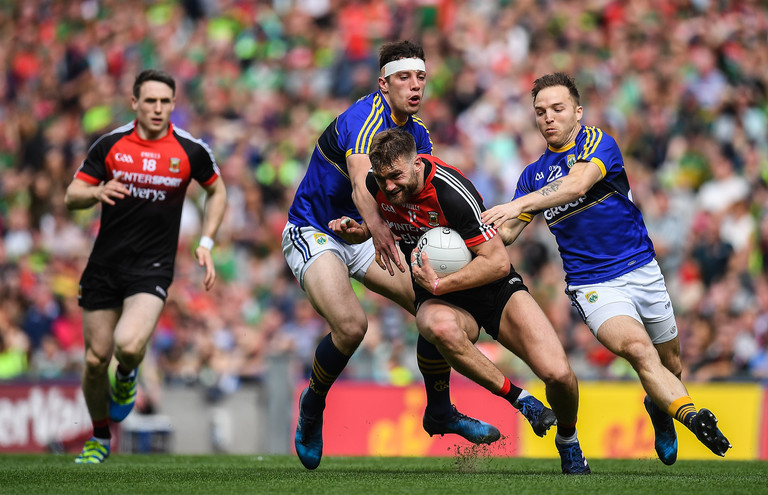 For Darran O'Sullivan, the 2020 nomination is not a serious issue as long as the existing leaders continue to operate. He points towards one man who maintains standards in the current dressing room.

"David Moran is the guy I look at. He is it. Kerry have leaders and David is the man. For my last couple of years, David matured and then this year my first year out of it, watching warm-ups or games, When David Moran talks, they listen. You follow his lead. He is a do as I do kind of guy."

Of this year's East Kerry contingent, only one man is a cert to start next year. David Clifford's scarily believable rise was reenforced as he shot 1-3 to help secure the Bishop Moynihan Cup. His ability is endlessly divisible, his potential knows no bounds. But is he ready?

"Is David Clifford too young? I don’t think so," O'Sullivan says with a shrug.

"He is young to be leading a team but certain fellas can do it. He wouldn’t bat an eyelid. I think it might be good for him. He is improving at a rate that is scary, but he has something. Seanie is the same. Kerry are blessed the two boys came through. They have old men heads on young bodies."

Mickey Ned O'Sullivan is not so sure.

David Moran for a year with succession for after, that's what I'd want.

As for Marc Ó Sé, the tradition has steered Kerry well and he wouldn't like to see them change it. Were he to have his way, a stipulation would exist that a rookie cannot captain the team. Ultimately, the clubs have huge authority and the three-time All-Star hopes they wield it reasonably. 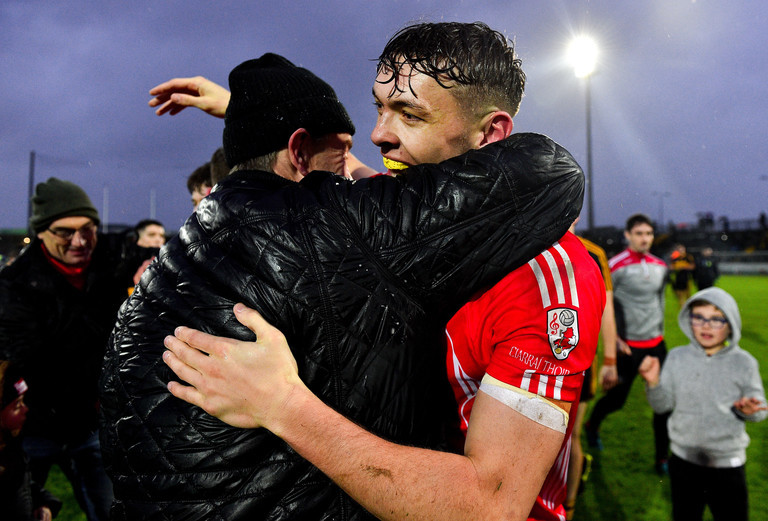 Under current conditions, there is only one man for the job.

"He is a passionate Kerry man. A few years ago all these AFL clubs came calling, David and his family put a stop to that fast. He said all he wants is to play for his county.

"He is in his third season now and well able. He takes extreme pride in wearing the green and gold. Knowing him, knowing his family, his uncle, they are really passionate Kerrymen. He deserves the honour."

SEE ALSO: 'They Are The Heroes' - The True Making Of The GAA For Kevin McStay

GAA
8 months ago
By PJ Browne
'I've Had A Weird Feeling For Mayo All Year. I Like The Look Of Them'
GAA
8 months ago
By Gary Connaughton
O'Sullivan Believes Kerry Need To Make Quick Decision Amid Jack O'Connor Rumours
GAA
8 months ago
By Gary Connaughton
Darran O'Sullivan Believes There Is No Obvious Candidate To Replace Peter Keane
Popular on Balls
Football
19 hours ago
By Luke Delaney
Obafemi In As Stephen Kenny Names 27-Man Nations League Squad
GAA
2 days ago
By PJ Browne
How A Kerry Guard Ended Up Playing For The Tipperary Footballers
Football
17 hours ago
By PJ Browne
Five Things Learned From Stephen Kenny's Nations League Press Conference
Motorsport
1 day ago
By Eoin Harrington
F1: New Team Radio Clips Show Sergio Perez Frustration With Team Orders In Barcelona