The Veteran XV: Footballers We Can't Imagine The Summer Without

After the heroic showing of Cian Mackey at the weekend, we've done a spot of homework.

These are the guys you cannot picture outside the railings or in the stands. They've always been there. In fact, you cannot think of a time they weren't lining out for their county. 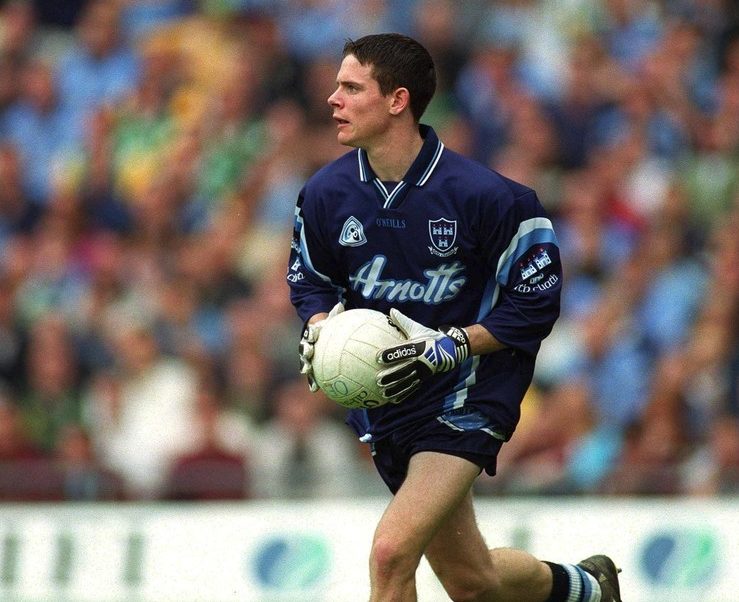 Has there ever been a time Stephen Cluxton hasn't occupied the space between the posts for Dublin. Paddy Christie was there for a while, we know -  maybe the Parnells man was recovering from injury.

Contrary to belief, the Dublin shot-stopper hasn't been around forever, though it certainly feels that way. Considered by many as one of the best goalkeepers to ever play the game, it's hard to believe it took him a decade to win his first All-Ireland medal. Since then, the record has been, well, simply astonishing. 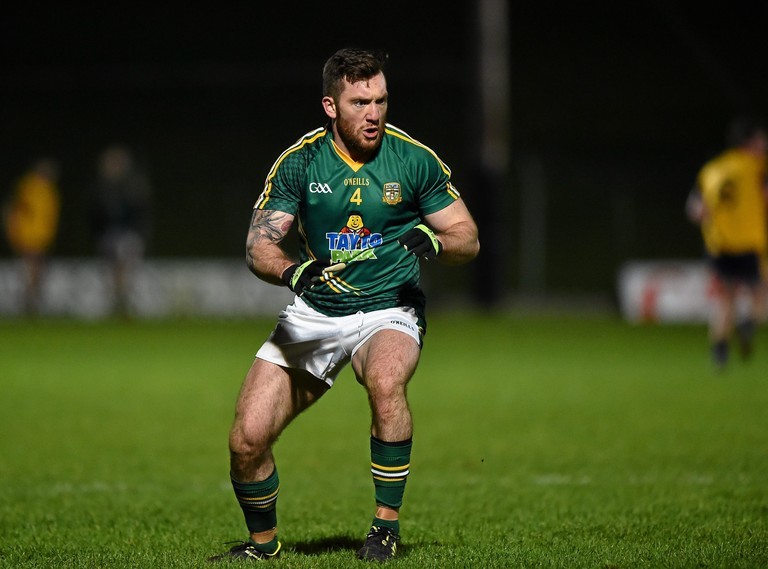 Without doubt, one of the most recognisable cult figures in the game. For years, we've admired from the stands as the tigerish defender, bedecked in tattoos, bulldozed his way around the pitch. And he's still at it.

He experimented with a number of different hairstyles throughout the years, pulling every one of them off. Only he could do it. But don't let the image distract you from his dedication and skill in the position. Truly a nifty forward's nightmare. 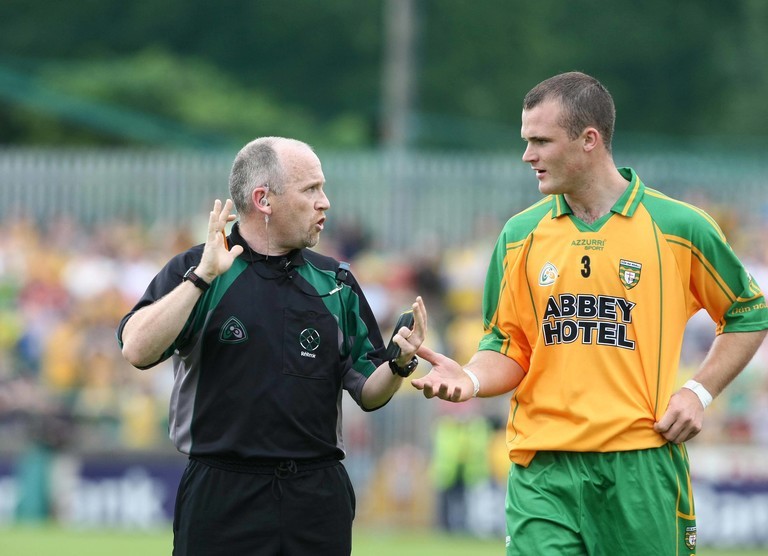 Pictures of Neil McGee on his own are like hen's teeth, which just about tells you all you need to know about the man. More often than not, he's clutching to some burly full-forward, if not remonstrating with the referee.

Well before Donegal rose to the summit in 2012, McGee captured a league title for the county before becoming a crucial member of the team that led the county to their second All-Ireland title. These days, McGee is still labouring away at the edge of the square, making life difficult for whatever poor forward is keeping him company. 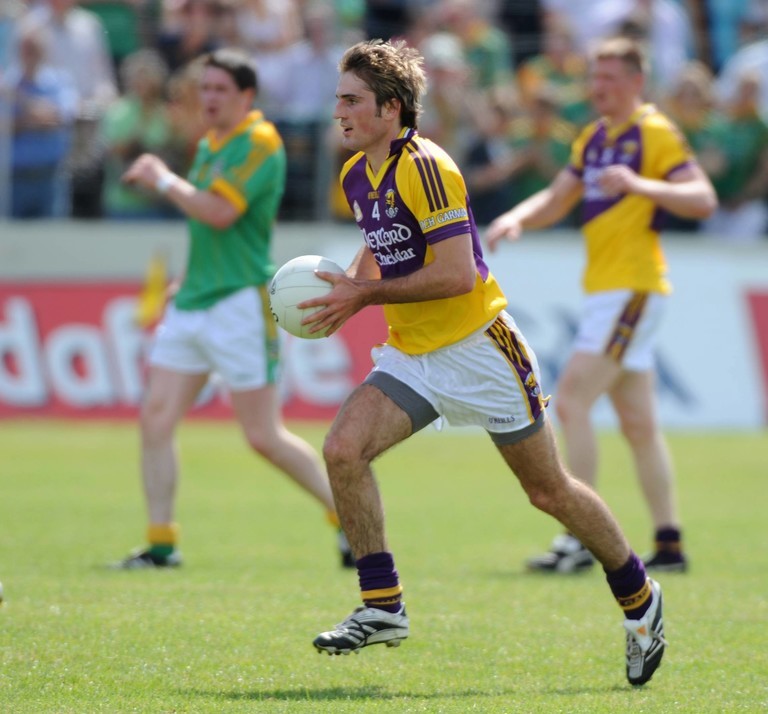 After over a decade playing for the Yellow Bellies, there isn't an inch of the pitch the versatile Wexford man hasn't covered. He's the quintessential man for all seasons and positions.

And he's showing no signs of stopping, the Shemaliers club-man is still going strong, after reaching the impressive 150-match milestone for his county last year. He hasn't received the same plaudits as other names on this list, but nobody can match him for the effort he's put intothe county cause since his debut. 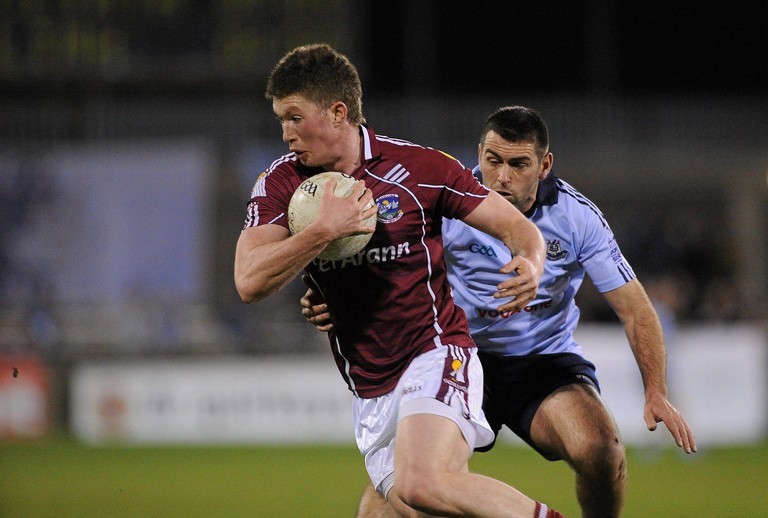 After a number of lean years in the maroon jersey, the Galway defender is finally getting a taste of football at the most elite level. And you cannot say it hadn't been deserved.

After a heavy beating at the hands of Mayo in 2013, the Galway man took a break for dedicating himself to the county, but the urge to return saw him return to become the vital cog he is in Kevin Walsh's operation today. Wherever Galway go this summer, Bradshaw will be in some way heavily involved. 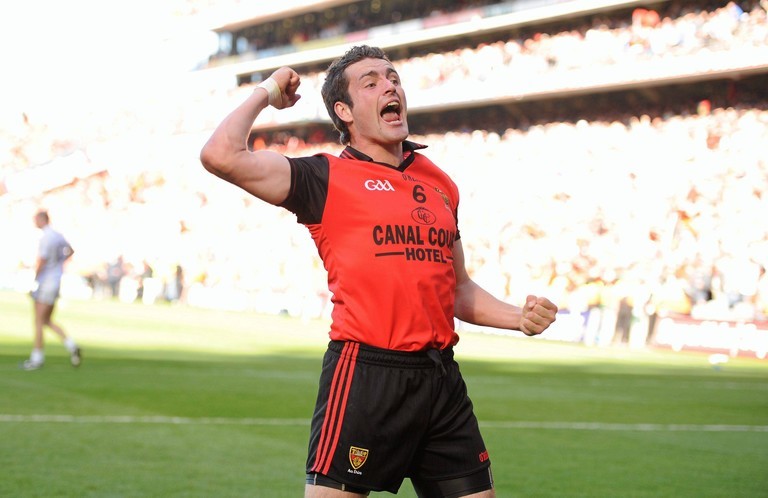 The centre-half back graduated from the All-Ireland-winning minor team in 2005, and has been a mainstay in the side ever since, even helping the Mourne men to an All-Ireland senior final in 2010, their first since 1994.

Unfortunately, the Down sides of the past two decades haven't been like the forces that have gone before them. But that isn't to say McKernan isn't one of the most feared and respected defenders in Ulster. His influence in the county is immeasurable. 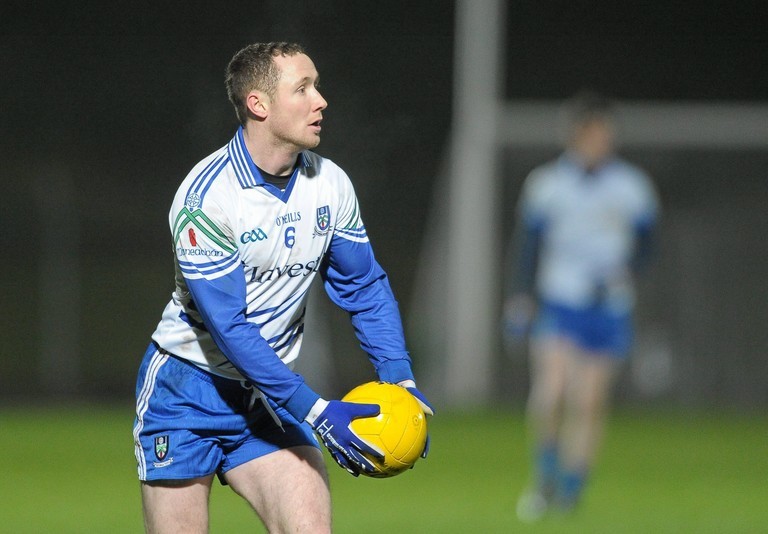 Every year a sense of shock descends on Monaghan. "It couldn't be," the say. "I heard he was retiring." 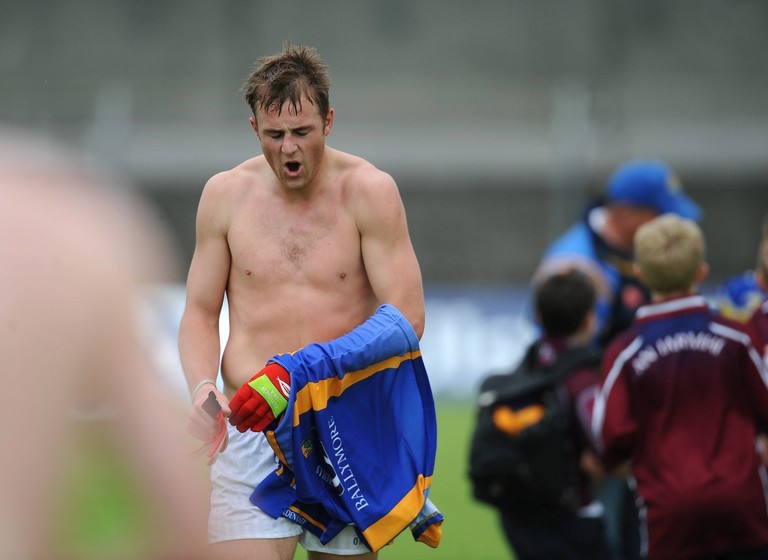 He may not be the force of old, but James Stafford is still knocking about the place in Wicklow, just as he has been for over a decade. It's impressive to see players from top counties commit so many years to the cause, but when a player like Stafford comes along and dedicates so much of his life to Wicklow, you just have to sit back and toast the man.

The retirement life clearly wasn't to his liking and he eventually came back to devote his body to the jersey. His role may not be as prominent as it once was, yet he still has that aura about him. 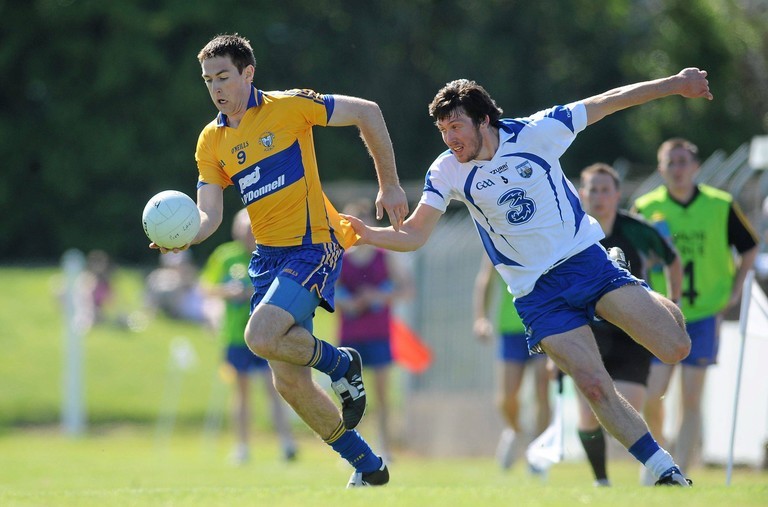 This is a man who arguably could do a job for the Clare hurlers - he helped his club, Ballyea, to an All-Ireland hurling club final in 2017. But it has been the big ball which has always demanded the Banner giant's attention.

Clare may be still a bit off becoming a football heavyweight, but Brennan is still feared and idolised in equal measure across the country. Few players can compete fairly with the man in the air and age clearly doesn't seem to be having much of an effect on him. The qualifiers is a familiar route for the Clare midfielder - expect him to lord the skies again this summer through the backdoor. 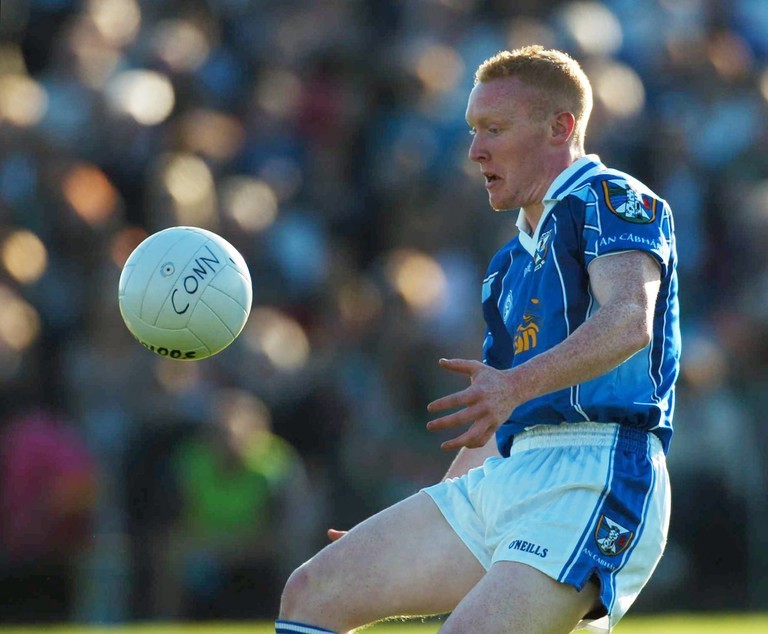 It's getting a little ridiculous now. The Cavan man is the nearest thing to a fine wine within the GAA panorama - every year we expect a retirement announcement and every year he returns as good as ever, if not better. Maybe they're putting something into the water around Castlerahan - not quite radioactive waste, but perhaps an anti-ageing serum.

This year, he's raring for it again. To the fore in last weekend's game with Armagh, he produced three clutch scores worthy of winning the game. The Ulster men look as promising as they have been in years, and if they're to make a push for a spot in the Super 8s it will be Mackey driving the show on. 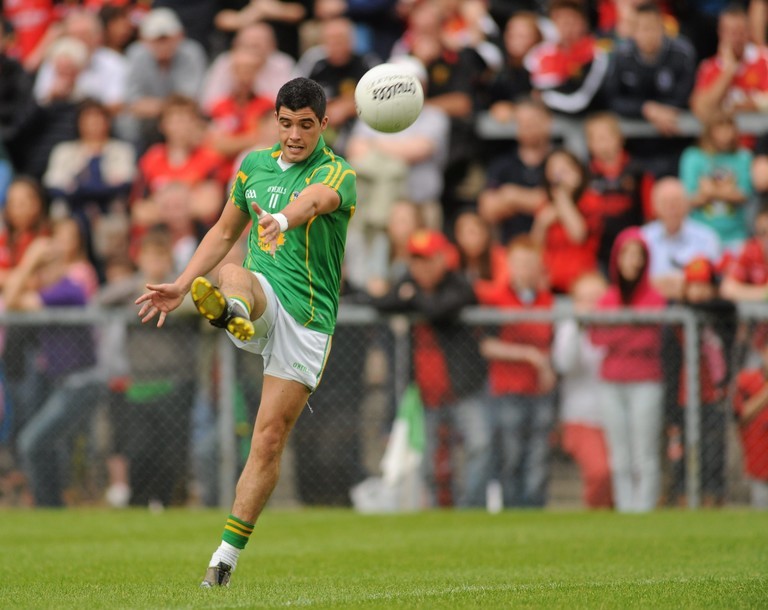 This is a controversial inclusion for two reasons. Firstly, he has only been playing intercounty since 2008 - 11 years is still impressive - and, secondly, he left the Leitrim panel last month.

But his name has been perennially brought up in the 'Best Forward in the Country' debate for the last decade despite playing for the Connacht minnows. Had you asked Mickey Harte, Jim Gavin or any number of other heavyweight managers from the past decade which player from another county they would have liked in their squad, Mulligan's name, you could guarantee, would be a regular mention. 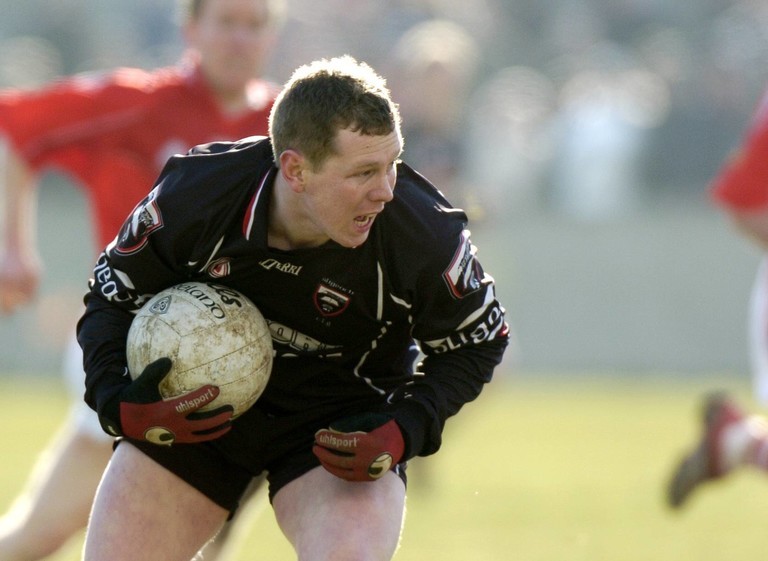 A Sligo championship panel without  Marren's name is going to be strange. He was there in 2007 when Sligo ended their Connacht famine with a provincial title and he's been there through the arid times, the hunger never diminishing.

When Sligo need a score, Marren is recognised as the most likely source. The road ahead of him is obviously much shorter than the one behind him - and yet you feel there's still a bit left in the tank. 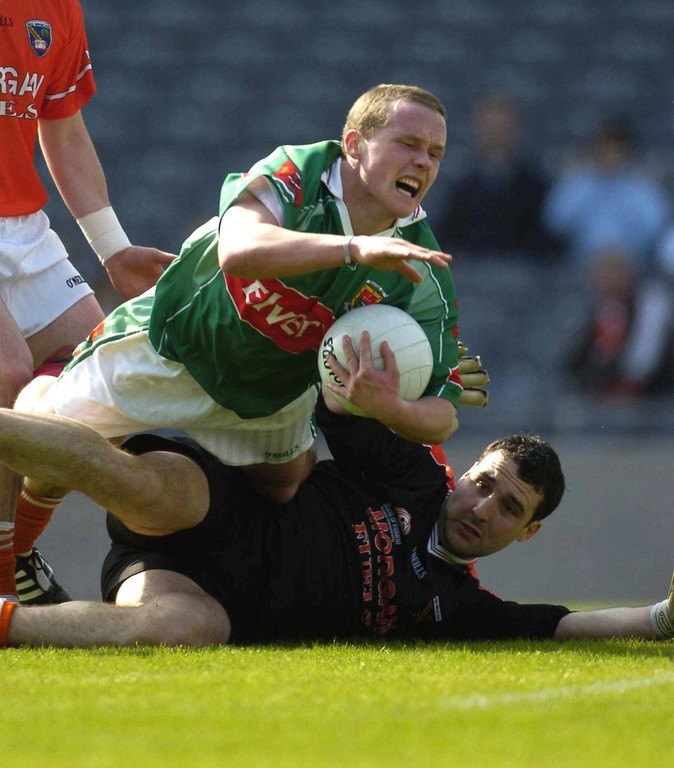 One of the most obvious inclusions on the list. The former All Star Player of the Year clearly still has a lot to add to the Mayo set-up and since opening his gym business a few years ago, the Ballaghaderreen man has gone from strength to strength.

For a man in his mid-thirties, his ability to get out in front of young backs is contrary to the natural laws of physics. For years he has been Mayo's doyen - nowadays he has much more support but continues to produce the goods when called upon. 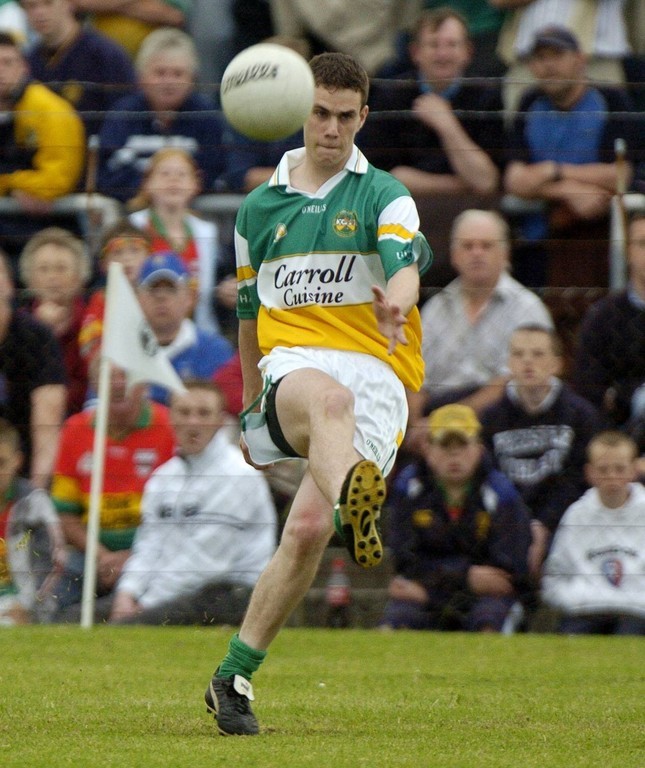 After emerging on the scene as a precocious 17-year-old in 2003, McNamee called time on his career in 2017. The lure of the Faithful jersey, however, was too great and when John Maughan's number appeared on his phone he answered the call.

Clearly, he has been just what the county needed, helping the side secure their Division Three status for next spring. And when the championship arrived, he scored six points for Maughan's side to come within touching distance of securing one of the biggest shocks of the summer against Meath. 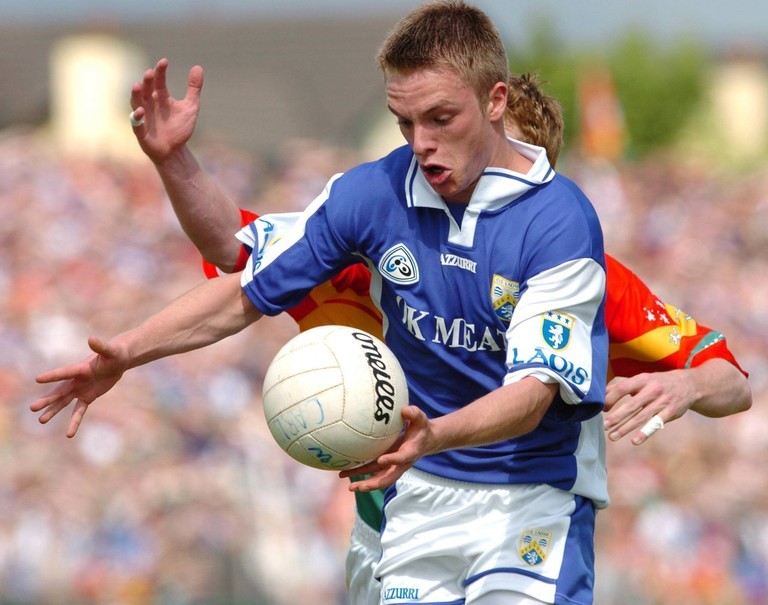 The Laois forward is preparing to make his bow in the championship for a 17th year. Just consider that for a moment. Munnelly was handed his debut by the great Mick O'Dwyer back in 2003, when the county went on to claim a historic Leinster title.

Little did a young Munnelly know that he would be still playing in 2019 without another provincial title. But he's soldiered on, becoming a Laois legend in the meantime. Appreciate his gifts while he's around.

SEE ALSO: 'Just The Severity Of The Pain, You Knew It Was Something Different'

GAA
1 week ago
By PJ Browne
'I Didn't See It As An Extension, I Saw It As A Replacement Of A Lost Year'
6

GAA
18 hours ago
By PJ Browne
Canavan Calls For Cavan Vs Dublin Semi-Final To Be Played At 'Neutral Venue'
GAA
1 week ago
By PJ Browne
'I Didn't See It As An Extension, I Saw It As A Replacement Of A Lost Year'
GAA
2 weeks ago
By PJ Browne
Tomás Ó Sé Spares No Bullets In Assessment Of Kerry Performance
Popular on Balls
GAA
9 hours ago
By Gary Connaughton
Mickey Harte Has Been Appointed As The Manager Of Louth
3