Everything has been coming up Offaly since the county's favourite son Shane Lowry decided to lend his financial support to the county earlier this year.

A defeat of the Dublin U20s, a famous victory in the U20 All-Ireland final and arguably the greatest GAA song of all time: the once-bleak looking future of Offaly GAA is suddenly full of hope.

And this morning comes news of a fascinating potential appointment to the management team of the Offaly senior footballers: Tomás Ó Sé, probably the most respected GAA pundit out there right now, will join John Maughan's management team for the 2022 season.

The Offaly GAA Management Committee is pleased to formally recommend the reappointment of John Maughan and Michael Fennelly as managers of the county senior football and hurling teams for 2022.

It's also been confirmed that Mick Fennelly will stay on as Offaly hurling manager.

Tomás Ó Sé has the makings of a future Kerry manager, but is shy of managerial experience in the intercounty game.

The Offaly footballers are heading in the right direction under Maughan and will play in Division 2 of the league next year. With Dublin in disarray, Leinster suddenly feels competitive and Ó Sé will bring a lot to the role.

Two years ago, it would have been hard to imagine a GAA blueblood like Ó Sé making the regular spins up to the Midlands, but such is the positivity around Offaly right now, it seems like a brilliant opportunity.

Can’t really describe what this man has done by backing @Offaly_GAA. He came home for the match and made it down Sunday night to meet the team and say a few words before flying out to New York. Thanks for everything @ShaneLowryGolf 👏👏👏 pic.twitter.com/DYjudarnQw

It's also interesting to see Ó Sé signing up to an assistant's role. His former teammates Paul Galvin and Mike Quirke had brief and unsuccessful experiences managing in Leinster.

Speaking on the Sunday Game last week, Tomás Ó Sé said he didn't think Kerry would win an All-Ireland under the current manager. 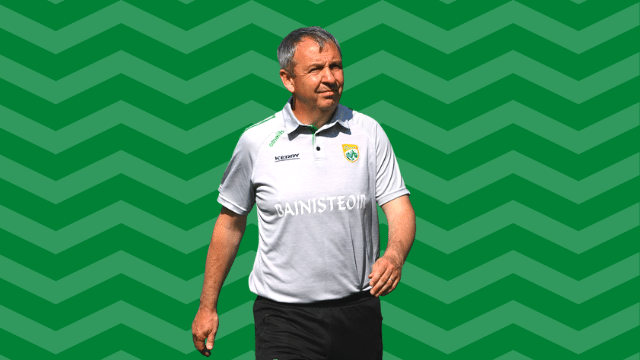 gaelic football
5 months ago
By Andrew Dempsey
Listen: The Iconic Midlands 103 Commentary Of Offaly's U20 All-Ireland Win
GAA
8 months ago
By Gary Connaughton
Shane Lowry Is About To Become Sponsor Of Offaly GAA
Golf
2 years ago
By Gary Connaughton
Shane Lowry Was Given A Hero's Welcome At Croke Park This Afternoon
Previous Next