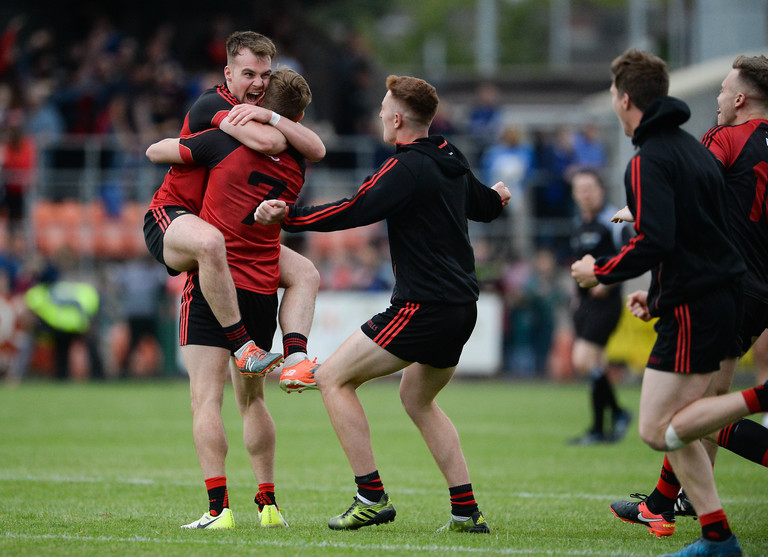 Never underestimate a Down team, ever. Especially a quietly confident one.

In the run up to the last weekend's semi final match between Monaghan and Down, people were speaking of the ideal Ulster Final, a competitive clash between Tyrone and Monaghan. Down didn't seem to think that way.

They beat Monaghan, securing their place in the Ulster Final in a game that was probably the match of the Championship so far. The Mourne men were essentially ignored, as they had been in the previous round when the faced Armagh.

It wasn't surprising. In fact, it was entirely fair.

Up until this year's League, Down had lost a ridiculous 14 games in a row. They were in as low as place as the county has ever been.

When they played Monaghan in the Ulster championship last year, they were stuffed. Monaghan trampled all over them, and annihilated them in a 2-22 to 0-9. What a difference 12 months can make.

On Saturday night, in typical Down fashion, they completely turned the tables on Monaghan and put in a performance that lit up the country and qualified for an Ulster Final nobody could have expected them to be in.

But that's Down. Every few years, they can come at you and ambush out of nowhere, and as we have seen before, once a Down get on a roll they are very hard to stop.

It has been said that Éamon Burns took on the management role in Down when no one else wanted it. Between rumours of fallouts within the panel and background team, players walking away and others being blighted with injury, Down were under a dark cloud of criticism.

It didn't help either when former Down player Danny Hughes spoke out about the difficult times the team seemed to be in on Off the Ball in February calling his county a laughing stock.

People are fed up with it. Everybody has so much respect for what the '90s team's done and what the '60s team done and stuff like that. But slowly our legacy as a county is becoming a laughing stock. You can make an argument that we've - and I don't want to be disrespectful to Antrim - but we're sitting round about that type of level... Division 3, Division 4 type stuff. That's where we are.

The Down County Board  addressed Hughes' comment in a statement saying that the conversation attempted to malign and ridicule the County Board.

People are entitled to their own opinions. However, the thrust of the discussion aimed to malign and ridicule the county board, the county officers and others to cast us in an unfavourable light. Some claims and assertions went unchallenged by the presenters, who merely helped to engage in an entirely negative conversation.

Last night, only four months on from his comments, Danny Hughes appeared again on the Off the Ball. And it is very fair to say that he could plate up himself a very large slice of humble pie.

When I listen back to that, yeah I was harsh. I actually got two text messages and a couple of Whatsapps this morning from different people saying, ‘Let me see your draft piece of your article this week, before you send it in to see how the apology goes.’

And do you know what? Not long after that actual interview, I had a sit down with the vice-chairman, really good fellow called Jack Devaney, and he took with through a lot of the stuff that probably wasn’t public knowledge, that they are trying to and the process they are trying to put in place.

To be fair a lot of the I didn’t know, or maybe it was the case I didn’t want to know or I wasn’t looking, when you get an idea of what actually is going on, and I actually said they needed to sack their publicist, because as an ex-player and a general member of the Down supporters club,  you didn’t realise maybe some of the things that were going on.

Hughes went on to commend the work that has been done by Burns and his teams. He particularly highlighted the difference that the addition of the Kilcoo players, the Johnston brothers and Darragh O'Hanlon made to the Down team for the Championship. They were absent for the League.

Down will now go on to bid for the Anglo-Celt Cup on the 16th of July, but standing in their way are Tyrone, who crushed Donegal two weekends ago. Undoubtedly, it will be an interesting match.

You can listen the full interview on Off The Ball's GAA podcast here: