While Dublin no doubt deserved their All-Ireland final replay victory over Kerry, one sore point with certain fans will be the contention that Con O'Callaghan should have gotten a black card for his foul on Tadhg Morley in the first half, as the Kerry defender bore down on goal.

The remarkable sequence of play was brought to a swift halt when Morley was fouled on the edge of the area and straight away the cries for a black card rose up. The situation was made even more confusing when Conor Lane appeared to a) show a black card and b) show it to the wrong man.

As it turned out Lane had accidentally waved his notebook at Michael Fitzsimons when he meant to merely let him know he had received a ticking. The actual culprit, Con O'Callaghan, somehow got away scot free.

Many took to social media outraged at the fact that CON wasn't black carded but by the letter of the law it was not a black card offence. A foul on a player in possession of the ball can only warrant a black card if they are either tripped or deliberately pulled down.

When we look at the replay, O'Callaghan grabs Morley's arm back but doesn't actually drag him to ground. Morley falls to ground after the challenge. 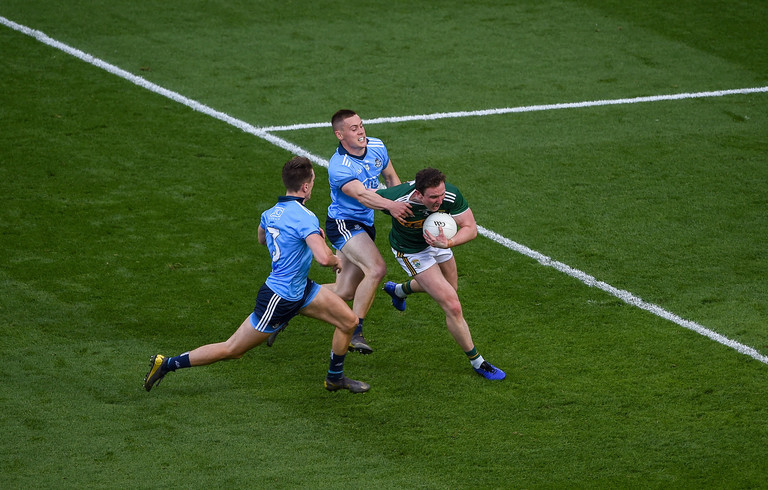 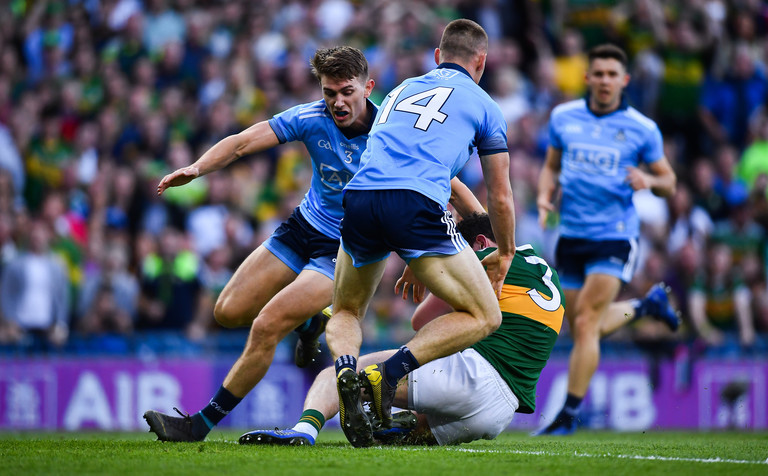 Obviously one can argue that it's a cynical foul, with Morley about to have a possible goal chance, but that cannot come into the equation for the referee. It may have been worthy of a yellow card alight but Stephen Rochford wasn't even sure it was actually a foul.

Either way, one thing it was not was a black card.

Conor Lane got the wrong man and waved his book a little too expressively but the panel think he is having a good game#dubvker #rtegaa https://t.co/V80t8MYz5R pic.twitter.com/b3fyhWeDiN

See Also: The Decisive Stats That Won Dublin Their 5th All-Ireland In A Row