If you believe in time in an arbitrary manner, then we've finally reached the end of another decade.

Football in the 10s saw drama beyond measure and a fairly decent period for Irish football, two major tournament appearances are nothing to be sniffed at.

So, at the precipice of the roaring 20s (that's right, we're already getting into The Great Gatsby mood over here), we decided to take a peek into the future.

Football Manager is extremely hit and miss when utilised as a tool to predict the future, but damn is it fun to simulate ten years of a computer game and pour over the results.

So, without further ado, here's the next ten years of football thanks to Football Manager 2020.

In terms of club football, one transfer changes the course of the sport for the entirety of the decade. At the tail end of the 2019/2020 season, Liverpool were still without a Premier League crown, losing out to Manchester City once again. In that summer, City decided to press for world domination and made a £200m move for PSG star Kylian Mbappe. 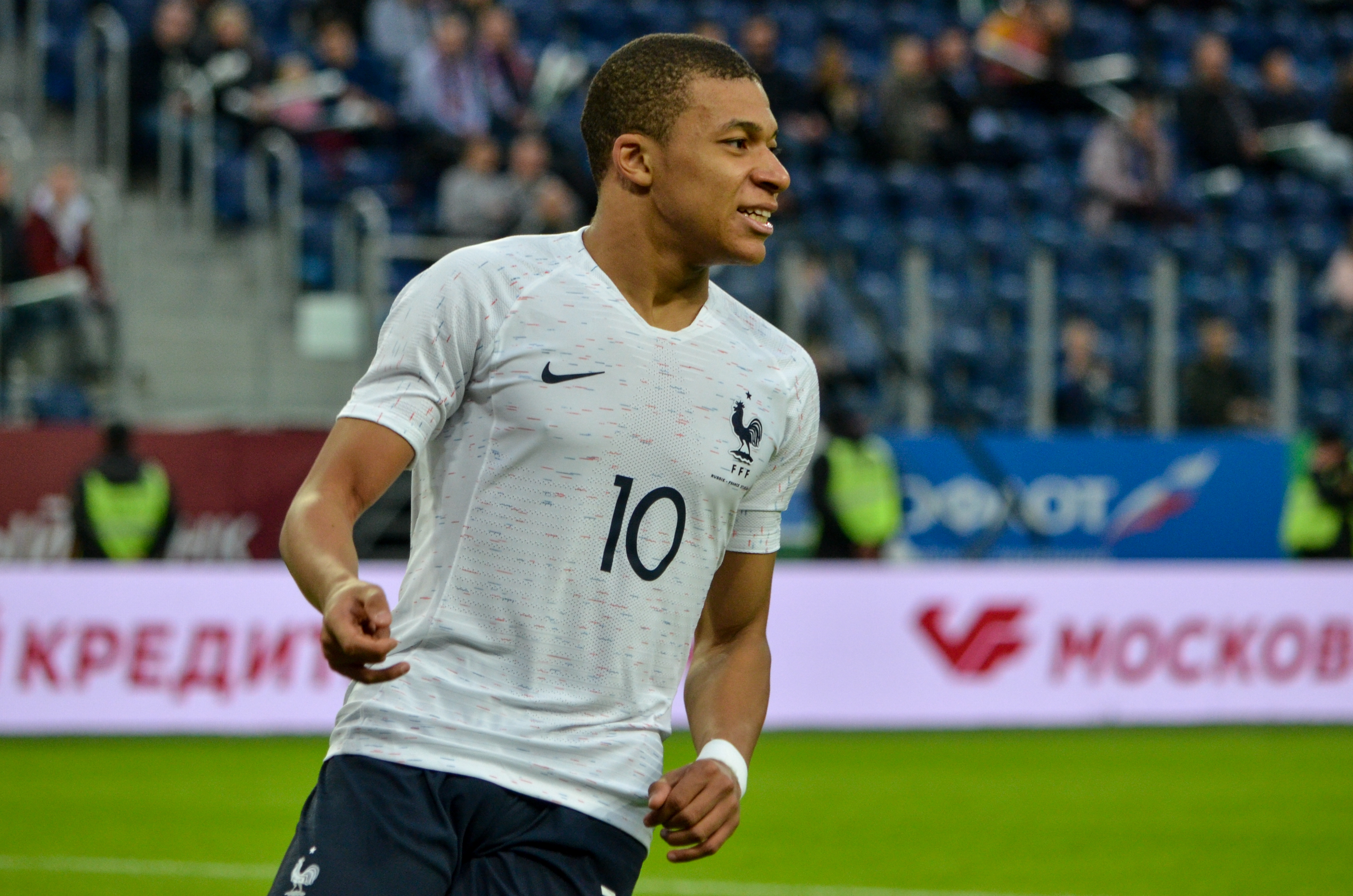 Mbappe, the young lad who had his coming out party against City five years previous, came to the Etihad and changed the Citizens' fortunes for good.

Following that transfer, City won a further six Premier League titles, with full domination only halted by a North London tandem of Arsenal and Tottenham. That's right, Unai Emery and Mauricio Pochettino both ended up as Premier League winners before Liverpool.

Of course, for Manchester City, the Premier League is pocket lint compared to the great prize in the sky, the Champions League. With Mbappe in tow, City ended up winning the Champions League five times, including a three-in-a-row stretch in 2025, 2026, and 2027.

Juventus were the only non-English side to win the Champions League during the decade, although a 43 year-old Cristiano Ronaldo was not in tow.

As for individual awards, it truly was the decade of Mbappe. The French attacker won a whopping SEVEN Ballon D'Ors over the course of the decade. The other winners during the decade were Luis Suarez, Sergio Aguero and Harry Kane.

Mbappe also ended up winning the European Golden Shoe on three occasions. However, in 2027, a lad closer to home was the most prolific striker in Europe, Troy Parrott. 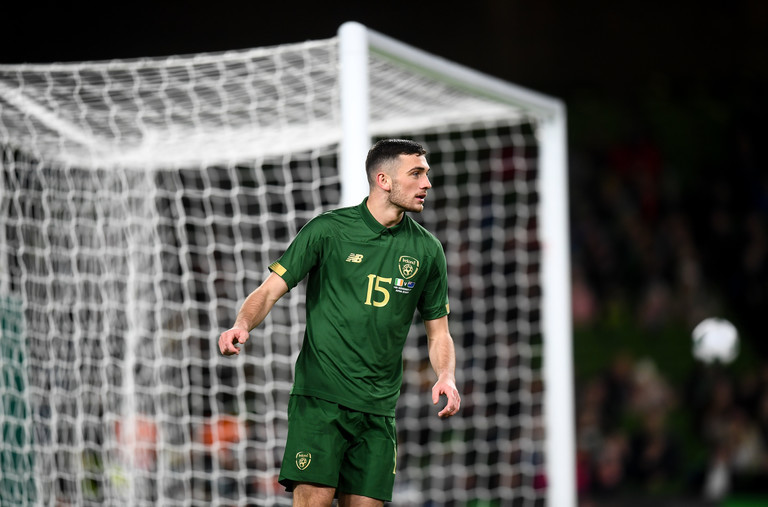 If you read our article on the top 20 wonderkids on Football Manager 2020, you'll know that the game thinks of Troy in the same vein as every Ireland fan. However, the current Spurs striker becomes an immediate talisman for both club and country. Alongside winning a Premier League and a Champions League with Spurs, Parrott ends up moving to Udinese in the summer of 2024, all while remaining Ireland's best player.

Speaking of Ireland, coming off a tumultuous decade, just how did our national team get on?

Well, there's immediate good news, as Mick McCarthy manages to steer the side into EURO 2020. However, Ireland ended up being drawn in the group of death with Spain, Portugal and Poland, losing all three matches in the process. Mick McCarthy, as he was contractually obliged to do, stepped down as Ireland manager after the Euros. His replacement, of course, is Dick Advocaat.

No, not Stephen Kenny, the rightful heir to the throne, but former Rangers and Sunderland manager Dick Advocaat takes over for Ireland's qualifying campaign for the 2022 World Cup. The campaign doesn't go well, as Ireland end up finishing third behind Spain and Bulgaria. While the senior team is capitulating, Stephen Kenny steers his U21 side into the European Championships, winning the whole thing. As Dick Advocaat is struggling to draw against Bulgaria, Stephen Kenny is making history. 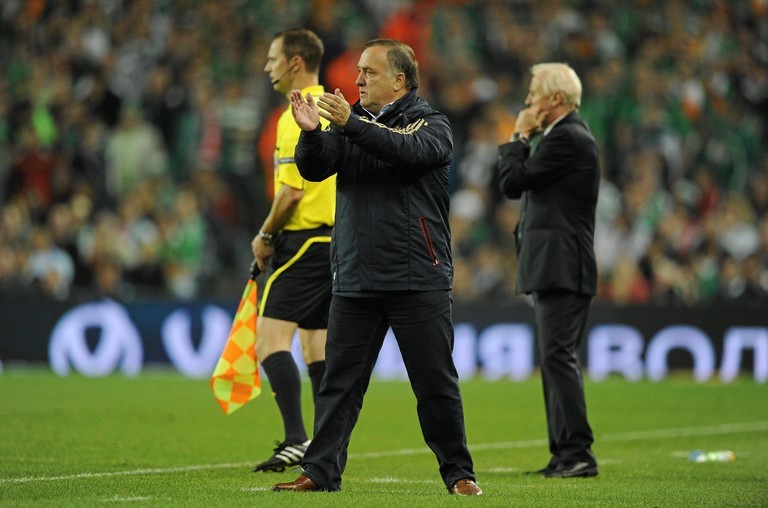 After the disappointing World Cup campaign, Ireland move on from Advocaat and look towards a man at the heart of the best domestic side Ireland has ever seen, Dundalk. Advocaat's replacement would be a man who cut his teeth in the League of Ireland, and there was only one man that could take the reins, John Gill.

Yes, despite winning a European title at U21 level, the decision-makers at the top of Irish football decided that Dundalk's ASSISTANT manager, John Gill, would be the man to take Irish football forward. It had been 15 years since Gill was the manager of a club (or a nation, for that matter).

Either way, Gill rode the wave of Troy Parrott's majesty. Parrott became Ireland captain before the qualification campaign for EURO 2024. Ireland ended up in the play-offs, defeating Northern Ireland and Slovenia to qualify for their fourth EUROs in-a-row. 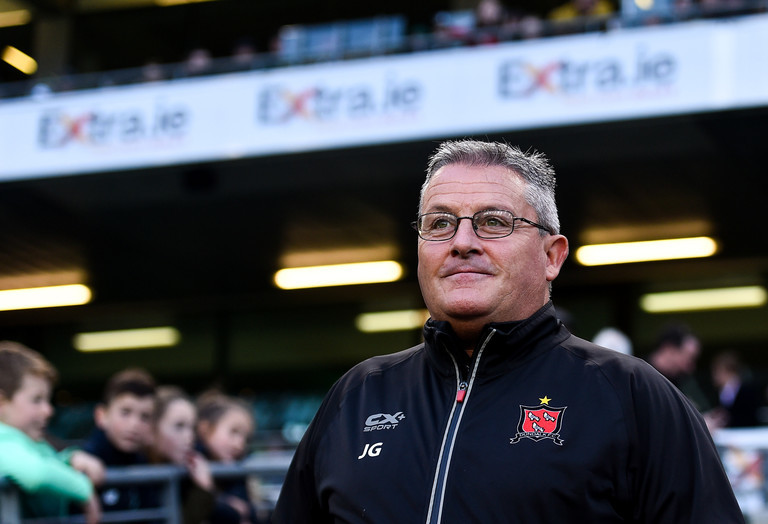 Ireland were drawn in a group with the Netherlands, Kosovo and EURO 2020 winners, Croatia. Gill's charges drew their first two matches against Kosovo and the Dutch, before losing their final game against Croatia. There was good news in 2024, however, as Ireland were promoted to the 'A' Division in the European Nations League. Woo!

The John Gill train keep rolling in the qualification campaign for the 2026 World Cup. With the World Cup expanding to 48 teams, it was seemingly impossible to not qualify for the tournament. Thankfully, Ireland ended up qualifying and ended up in a group with two footballing heavyweights, Brazil and The Gambia. A loss against Brazil and a surprise victory against The Gambia sent Ireland through to the knockout round. Unfortunately, Ireland faced their old tournament foes, Croatia, and lost after extra time.

However, the qualifying campaign for EURO 2028 was time for revenge. Ireland were drawn against Croatia once again, but this time, Ireland came out on top. Ireland actually lost three matches in their qualifying campaign, losing to Israel twice and Belarus once, yet won all other games to top the group and send Croatia home for summer.

The EURO 2028 finals drew Ireland against Serbia, qualifying foes Israel and World Cup holders England (they also won it in 2022, we told you it was their decade). Despite losing to Serbia and England, a win against Israel was enough to send Ireland through to the second round. Unfortunately, Ireland came up against eventual winners Italy, losing 4-1.

That tournament marked the end of John Gill's tenure as Ireland manager. Gill subsequently retired and was subsequently replaced by another League of Ireland luminary, former Dundalk and Shelbourne player, Jim Gannon. Gannon was fresh from winning the 2027 League of Ireland with Waterford, and despite Stephen Kenny still managing the U21s to relative success in winning two Toulon tournaments, the FAI continued to overlook him. 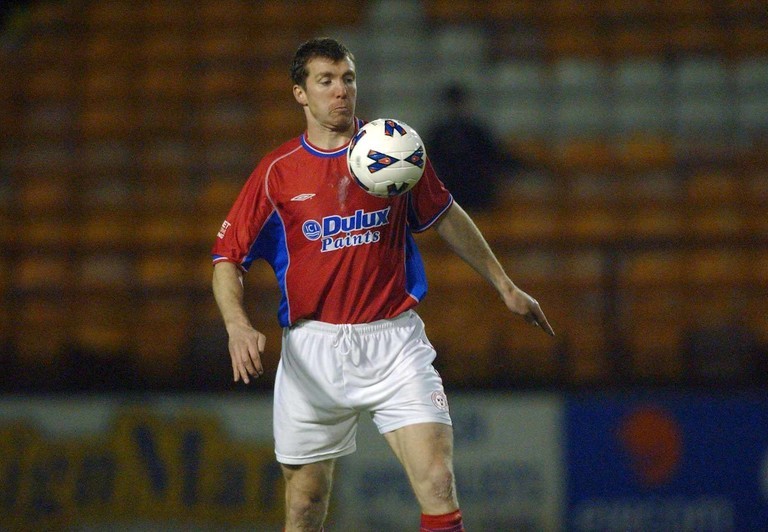 Gannon, who is currently the Stockport County manager, was tasked with qualifying for the 2030 World Cup in England. Despite the tournament being held in the country, England apparently still had to qualify, with Ireland drawn in the same group as the reigning World Cup champions.

Gannon, buoyed by an attacking quartet of Troy Parrott, Adam Idah, Ryan Cassidy and Barry Coffey, managed to get Ireland to another World Cup. In their group, Ireland will face their enemies from 1994, Mexico, and another footballing powerhouse, Uzbekistan.

Troy Parrott, still only 27 at the start of 2030, is well on track to beat Robbie Keane's goalscoring record. The attacker has scored 52 goals in just 92 caps. Adam Idah also has a stellar record at international level, scoring 35 times in 62 games for Ireland.

And there you have it, a definitive rundown of the next ten years of football.

You now have no reason to watch any football for the next decade, you know everything there is to know.

Get ready for the dominance of Manchester City, the ubiquity of Kylian Mbappe, and a relatively successful period for Irish football.

Gaming
1 week ago
By Mark Farrelly
Football Manager 2020 Is Free Until April 1st And We've Set You A Challenge
Gaming
2 weeks ago
By Sean Meehan
Let's Win The Euros! - The Story So Far
Gaming
3 months ago
By Sean Meehan
A Definitive Rundown Of The 20 Best Wonderkids In Football Manager 2020
Popular on Balls
GAA
2 hours ago
By Gary Connaughton
Mayo Hurler Runs Marathon In Garden To Raise €40,000 For HSE & Cancer Charities
3

The Rewind
3 hours ago
By Gary Connaughton
Louis Theroux Has Given His Thoughts On Joe Exotic & 'Tiger King'
GAA
4 hours ago
By PJ Browne
'The Shot Rang Off, One Footballer Looked Up The Road... Aidan Was Dead At That Stage'