One of the key elements of FIFA over the last few years has been custom tactics. EA Sports have allowed players to have complete control in how their team plays and have made it even more hands on this year. Custom tactics slides go from 0-100 now instead of 0-10 and you can now choose how you create chances. So, what are the best FIFA 22 custom tactics?

Here's a little guide through one option you can use, but you can always adjust to your preference.

The key with the formation is that you need balance this year. Too many players back and your forwards are isolated. Too many players forward and you'll be hit on the counter. So you need the right balance and the old fashioned 4-4-2 gives you that. 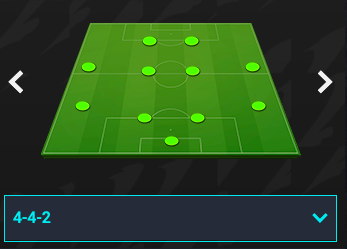 The flat back 4 gives you enough cover while the 2 wingers and 2 strikers gives you support on attack. You'll need to find the right balance in midfield so you're not left exposed in the middle.

FIFA 22 similarly to last year have very attacking full backs so you may want to change that to have them on 'Stay back while attacking'. This is to ensure when you get countered your slower centre backs aren't exposed. 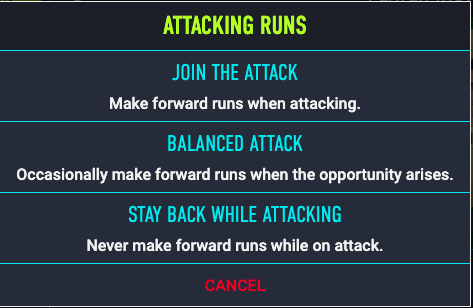 For your wingers you want them to 'get in behind' on their attacking runs. This is they can get behind the defence and have more space to hit in crosses or go inside. You would also want one striker to 'get in behind' so you have the option of a long through ball or an over the top ball. 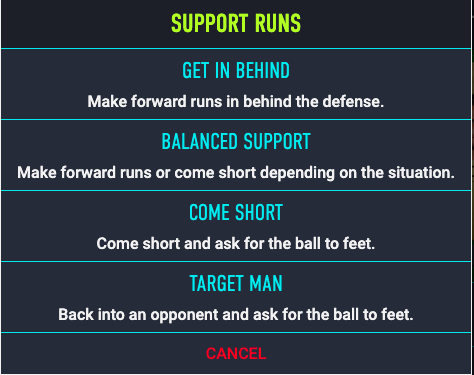 For both strikers you want them to "stay central". This is because you don't want your strikers to take up space from the winger while leaving a bigger hole up front, giving you less options. 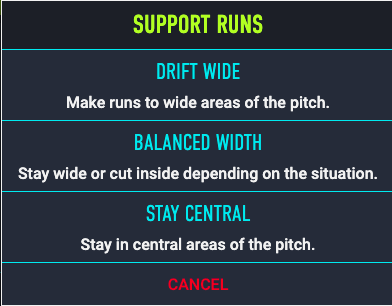 For you centre mids you want them to just "cover centre" so there is no hole in the middle of the pitch.

You can use 'Fast Build up' for build up play. This is a fairly direct style that also maintains the formation. Players make direct runs forward into space quickly. This is perfect for the counter attack in the 4-4-2 as players aren't out of position and go forward fast. 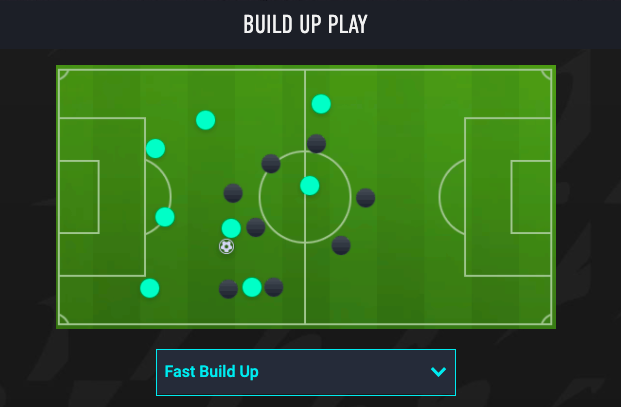 This is a new feature to custom tactics. So now as well as how you go on attacks you can choose how you want to finihs off the attacks, creating chances and scoring. There's 4 options you can choose from but the one we went for 'Direct Passing'. This is similar to having your strikers get in behind as when you go on attacks your forwards will make runs beyond the defence so they can go 1-on-1 with the keeper. 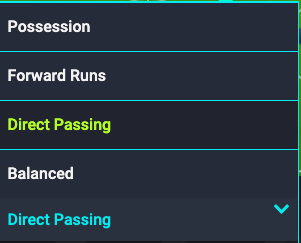 With the slider range changing to 0-100 you can now be more precise in you custom tactics. However, it is still quite similar to last year. For offensive width you can go between 45-65, depending on how you like to play.

Obviously, the lower the number the more narrow your team will be on attack, meaning you may find it difficult to get past players, but your own team is closer together and easier to pass too. The higher the number the wider you team is, making more space around the pitch as you stretch the opposition. However, more difficult passes need to be made for it to work out.

Players in the Box

This is the attacking equivalent to depth on defence. How many players do you want forward in the box? You can range it between 4-6. The lower the number the less support your strikers have and the more isolated they'll be. The higher the number the more support your strikers have but your midfield are more exposed. Your centre mids are likely to join the attack if you have a higher number, so you can also choose to have one to stay back while attacking if you want a more attacking style.

As of yet there's nothing much saying that corners are particularly more overpowered than normal. But they aren't impossible to score from either so keep a neutral range of 2-3 so you aren't prone to a counter attack and you have enough players to attack the corner.

You don't want to commit to many players forward for free kicks because if your attempt caught by the keeper you'll most definitely be exposed for a counter attack. You should stick to maybe 2 on it so you have enough cover.

You can go for a few different styles here but for this formation you can go for 'Press after heavy touch'. This means if you opponent makes a mistake or a poor pass your players will try get the ball off them. This can be more helpful than other styles as you can win the ball high up the pitch without losing a lot of your players' stamina. 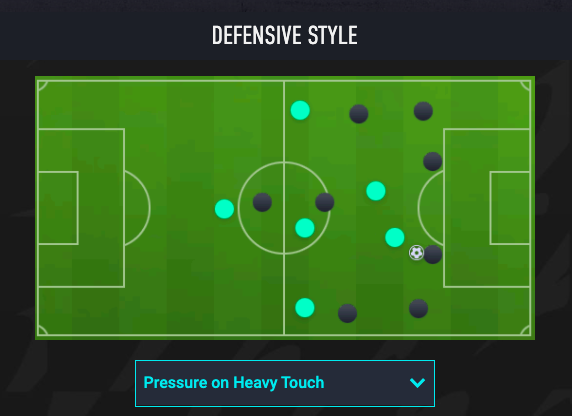 Unlike offensive width you may want to be more narrow here. You want to protect your box and just outside it to prevent long shots as they seem quite good this year. You can range it between 30-50 this year so you can be compact.

This definitely varies depending on what style you use, but for this one you want your players a bit higher up. You want to stop the opposition getting to your third of the pitch and getting a long shot off. You can range between 40-60 so you team is still able to win the ball high up the pitch but if you don't, you're not completely exposed either.

This isn't a guarantee to work for you, it all depends on how you like to play. In defence you can definitely change it up if you aren't good at tackling and pressing. You can go to 'Drop back' if needs be for a more defensive style.

This is the fun with FIFA 22 custom tactics, you can mess around with them and test new things to help you find a style you like. This could be a good one to start off with and you can adjust as you play. The game drops this Friday so you don't want to be left behind too fast. 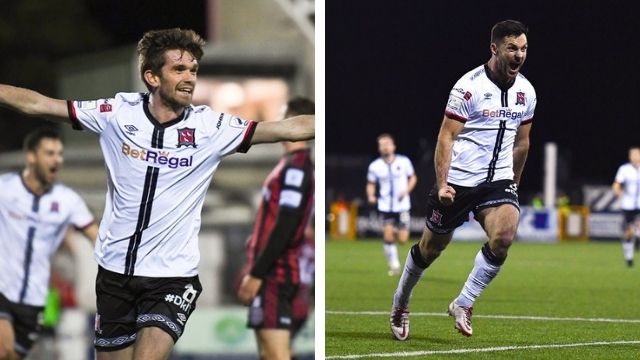