The Harrington-Garcia Feud: How Was It Resolved

The Ryder Cup begins today where many exciting storylines get to play out. Koepka vs DeChambeau, no McIlroy/Lowry team and can Europe win in the states again? . However, if you told someone a long time ago that Pádraig Harrington would pick Sergio Garcia as a wildcard you would've been laughed at. The Harrington-Garcia feud dominated a few years of golf. For a while the two were at the top of Golf. They regularly battled it out on tour and were the best of a generation of golfers. So, why was there beef? How was it resolved? And what is it like now in 2021? Here's the story.

In short, they are just different people but Harrington explained in an interview on 2fm's Game On a few years back that they have contrary approaches to golf.

"We would have been the opposite. His is a very flamboyant game, everything comes easy. There were periods he never practised. We were such opposites. I worked at it, grinded it out. Got the best out of it."

In 2007 at the Open in Carnoustie, Harrington had a one shot lead ahead of Garcia going into the final hole. But Harrington hit the ball into the water twice on one hole and somehow salvaged a double bogey. This meant Garcia only had to par to win the Open. He missed and therefore gave Harrington a lifeline. The Dubliner went on to win in a play-off to secure his first major championship.

A similar incident took place a year later at the 2008 PGA Championship. Garcia had the lead going into the final three holes. But he found water on the 16th hole and never recovered, finishing his round with two bogeys as Harrington won his third major. While many had sympathy for the Spaniard, Harrington didn't, branding Garcia a 'sore loser'.

"Then we went into the majors and obviously I beat him at the majors. I gave him every out I possibly could have at the 2007 Open.

So clearly, after that, we have had a very sticky wicket."

Years went by and Garcia finally won a major, the 2017 Masters. After years of paying his dues he finally had a major. For the whole weekend golf fans were happy for Garcia. Still, when asked would he liked to see Garcia best Rose in the final round, Harrington said "well maybe not me". He had his opinions but when Garcia won the green jacket he put aside his opinions to congratulate Garcia. This seemed to help resolve the Harrington-Garcia feud.

Both men were older and most likely past their primes. They had matured and it would be at Rory McIlroy's wedding where they came to a resolution. Harrington, speaking to 2fm's Game On said:

"As you would expect with these things, literally the first person I met (at McIlroy's wedding) was Sergio.

I've got to say, Sergio made it very easy. He was exceptionally good about it. He already was well informed, which was nice - that he looked into the deal of it and he understood that I was actually saying.

We've had a chat, because obviously there was a bit of an elephant in the room about what I said.

We have decided that we will look going forward at our similarities and the good in each of us rather than any other way. So we are in a great place."

So we move forward to today and Sergio Garcia tees off the Ryder Cup alongside World number #1 Jon Rahm while Padraig Harrington stands to the side as captain, watching the wildcard he picked.

The two are on much better speaking terms now. There's a chuckle between the two as Garcia hits his tee shot into the bunker to start the day. Harrington has spoken about how obvious it was to pick Garcia as his wildcard. Garcia has earned 25.5 points in the Ryder Cup, which is already a record. He is one of the best to ever do it at the Ryder Cup.

Harrington, as captain knows Garcia's quality as well as his hunger to win another Ryder Cup. Garcia has told the media time and time again he'd rather lose every match and win the Ryder Cup than win every match and lose it. That hunger is what you need at the top level.

It's clear to see there is no animosity between the two, the Harrington-Garcia feud is no more. They were both just the best of a generation and are now looking for another Ryder Cup victory this weekend. 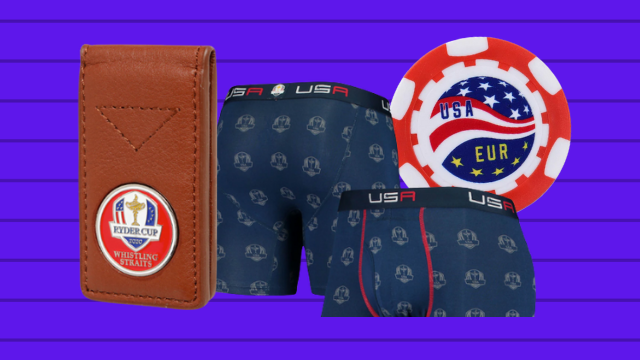