Mixed Emotions For Shane Lowry After His Best Masters Performance

Shane Lowry felt mixed emotions following his final round at The Masters. The Offaly man shot three-under on Sunday, leaving him at five-under for the tournament, and tied for third.

"It is quite pleasing to do what I did and finish the way I did," said Lowry.

"It's going to be one of those where it's like so near and so far type thing. I don't know how many chances you're going to get to win the green jacket. It is a bit of a disappointing kind of feeling right now, but obviously, my finish was really good, and I played some great golf all week."

Lowry started the final round well, picking up a birdie on the second, but then triple-bogeyed the fourth. His final 14 holes featured six birdies and a bogey, as he finished five shots behind winner Scottie Scheffler and two behind second-placed Rory McIlroy.

Not the final result I wanted today but fought as hard as I could. Congrats to Scottie on a great performance. #themasters pic.twitter.com/cRgsfbRvGD

"I played the first three holes lovely, and I just tried to be a bit clever on the fourth and try to hit a 3-iron up in the air. It was just a horrendous shot. [I] didn't hit too many more bad shots the rest of the day.

"The big thing I can take away from the last two days being in contention around here is how comfortable I felt on the golf course. I'm proud of myself for the way I handled myself and especially when things went against me today. To shoot 5-under for the last sort of whatever it was, 13 holes was pretty good.

"I've got determination, and I'm never going to stop trying. I'm out there giving it my best, and I just kept on telling myself that was only one swing. I made a great up-and-down on 5 and made a great birdie on 6, and that kind of got me going again."

All the best shots from Rory McIlroy's sublime final round at the Masters ? pic.twitter.com/CKfZy7cB9k

Along with McIlroy in second, and Lowry in third, Waterford man Seamus Power finished tied for 27th in his first Masters.

"Yeah, we have," said Lowry when asked if Irish golfers have punched above their weight in majors over the past decade.

"Seamus is probably the one that will take the brunt of that because people will be wondering when he is going to win one now.

"Look, Great to have four Irish people here this week. Paddy (Harrington) was unfortunate to miss the cut. Seamus got to play the weekend. I said he learned a lot from the weekend, golf out here is way different than practice rounds. You learn a lot from it. Yeah, myself and Rory second and third. Maybe. Yeah, it's pretty nice for Irish golf." 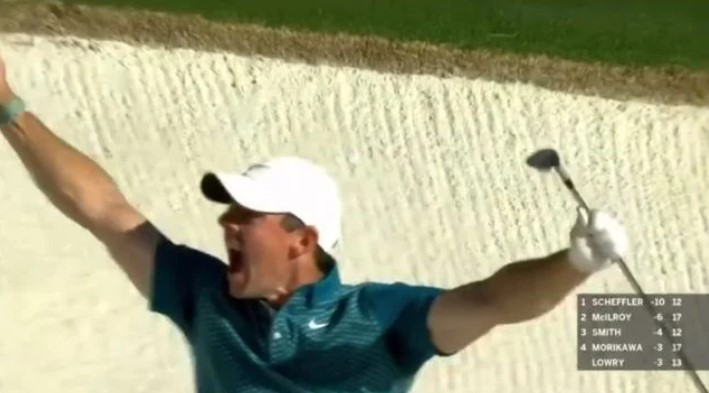