Aaron Gillane was superb for Limerick as they progressed to the Munster hurling final with a comprehensive nine-point victory over Tipperary.

Limerick were very impressive against Clare last week and again against the reigning All-Ireland champions on Sunday.

"Of a lot of top class players, he is the key person on this Limerick team," Donal Óg Cusack said on RTÉ, just before naming Gillane as Man of the Match.

1-1 of Gillane's total came from play. That included a goal with his boot in the first half, just moments after Jake Morris had raised the green flag for Tipp.

On what he agreed was "definitely" the wettest championship match he's played, Gillane was content with his day, though also quick to highlight the performances of teammates.

"It was a great team performance," said the Patrickwell forward.

"Kyle (Hayes), his first game at half-back, I think he was super. William O'Donoghue, he's been so consistent for the last few years, he was flying it as well.

"You see Pat Ryan, he must have been on five or 10 minutes and he had two goal chances. You see what he can offer and David Dempsey. It's great to have options and the competition.

"We have a lot of stuff to work on Tuesday. Back to the drawing board, it's something to look forward to." 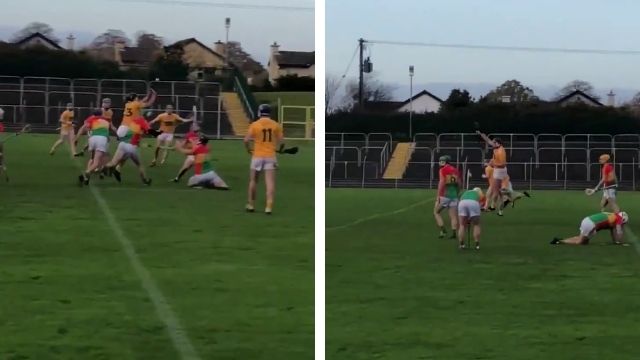