Donal Óg Cusack believes that the biggest problem which the Dublin hurlers have is a lack of top class forwards.

Dublin exited the championship over the weekend, losing out by six points to Cork in the first round of the qualifiers. They had lost out to Kilkenny a week earlier in the Leinster semi-final.

"There was a lot made of Cork not having been beaten by Dublin since 1927," Cusack told the Sunday Game.

"Maybe it's a bit unfair, but have Dublin had any serious, serious forwards that you'd lose sleep over in that length of time?

"If you were to pick ten divisions of All-Star teams, you'd struggle to have a Dublin forward on it. Over the last 30 years, Mick Bermingham won an All-Star in 1971, Brian McMahon won one in 1990 and Danny Sutcliffe won one in 2013. That means in the last 30 years, that Dublin have only had one All-Star [forward] and he hasn't been as near affective as he was in 2013.

"For me, the focus on Dublin hurling must be about producing top class forwards because they are not there. For a county the size of Dublin, and with the resources they have, that's not excusable. I know you could point to Con O'Callaghan, Diarmuid Connolly and others that did play football, but for me that's only excuses."

The Corkman also called for the GAA to ensure the progress made by the Laois hurlers does not dissipate. Laois lost to Clare by a point in the qualifiers on Saturday.

"There's a marked difference in Laois over the last number of years. I heard soundings that resources aren't too plentiful there. I think that the GAA should look at positively discriminating financially towards Laois. We know we need more top class hurling teams. Laois are up and running now, that would be good.

"Last year, I couldn't get over Laois doing a lap of honour after being beaten by 10 points by Tipperary. I don't think Laois should look at [losing to Clare by a point] as any way a victory. As Eddie said, it was an opportunity lost.

"The GAA and hopefully the Laois county board will do everything to keep the momentum behind that. That type of momentum is hard to get going but easily lost." 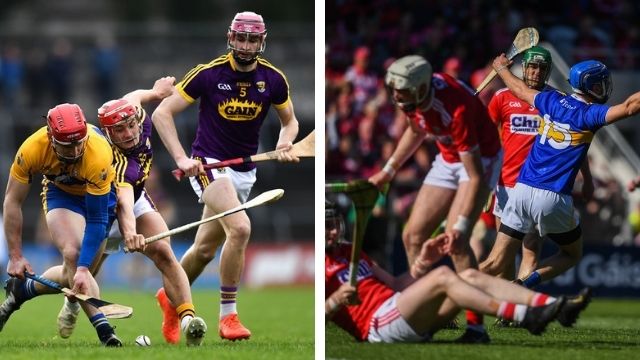 Hurling
1 day ago
By Mark Farrelly
Quiz: Match The County Hurling Star To Their Club
Hurling
1 day ago
By PJ Browne
Eddie Brennan Steps Down As Laois Hurling Manager
Quiz
1 day ago
By Michael McCarthy
Quiz: Do You Know What Year These Classic Irish Sports Photos Were Taken?
Popular on Balls
Football
16 hours ago
By Donny Mahoney
Jordan Flores Wonderstrike Nominated For Puskas Award
13