There's A Heap Of Hurling, Camogie And Football On TV This Weekend

The televised Gaelic games action gets underway early on Saturday afternoon with a double header from the camogie championship live on RTÉ with Clare facing Cork and Tipperary against Waterford in the quarter-finals.

Over on Sky Sports Mix, there's the Ulster football quarter-final between Donegal and Armagh. That will be followed on Sky by Cork against Tipperary in round two of the hurling championship qualifiers.

The other hurling qualifier between Clare and Wexford is not on television. It will be exclusively live on the GAAGO service.

TG4 has action from the Ladies football championship on Saturday with Armagh against Mayo in round three on the competition.

Saturday is rounded out with a cracker: the Leinster hurling final between Kilkenny and Galway. That is live on RTÉ.

There are five games live on Sunday across RTÉ News Now, RTÉ2 and BBC.

Both of the Leinster football semi-finals - Meath vs Kilkdare and Dublin vs Laois - are on RTÉ News Now.

The Connacht football final between Galway and Mayo throws in at live on RTÉ2 at 1:30pm and that will be followed by the final game of the weekend, the Munster hurling final between Limerick and Waterford. 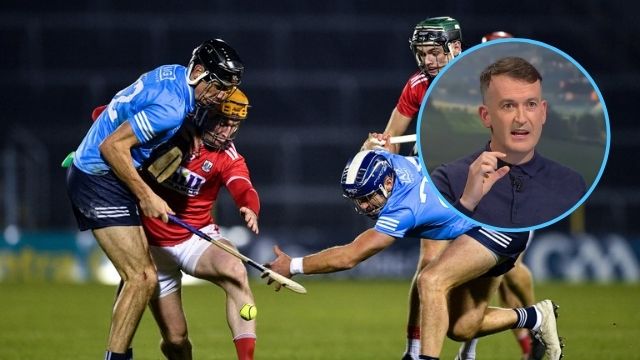 GAA
3 weeks ago
By Darragh Small
Cavan Dual Player Niamh Keeneghan: 'I Could Never Choose Between Football And Camogie'
GAA
3 weeks ago
By PJ Browne
Excitement And Nerves For Antrim Before Big Championship Step
GAA
1 month ago
By Kevin Egan
Healy Enjoying The Ride As Galway Build Depth And Title-Winning Habit
Popular on Balls
GAA
1 day ago
By PJ Browne
The Draw Has Been Made For Tailteann Cup Opening Rounds
GAA
2 days ago
By PJ Browne
Donal Óg Cusack Defends Dublin Hurlers After John Mullane Criticism
The Rewind
3 days ago
By Eoin Harrington
Watch: Brilliant Dermot Morgan Dublin Segment From 'The Travel Show' Resurfaces
Football
3 days ago
By Eoin Harrington
Alan Shearer Says Roy Keane "Ran Away" From Him After Famous Clash