Sergio Perez is a joy to watch.

It was a fantastic outing for Red Bull on Sunday night as Dutchman Max Verstappen took home the spoils at the Mexico City Grand Prix.

Verstappen has now extended his lead in the drivers championship to nineteen points with four races remaining on the Formula One calendar.

Much of the talk in the aftermath of the race in Central America centered around Red Bull's Sergio Perez. After eleven years at the wheel, he finally bagged himself a podium place.

With stints at the likes of Sauber, Force India and Racing Point, Perez's Red Bull opportunity has been welcomed after over a decade of hard graft.

Being a Mexican native, the crowd were out in full force in support of Perez to see him finish on the podium. The celebrations in the aftermath made for a heartwarming watch.

Did somebody say tequila?! 😉

There's going to be a party at @redbullracing 🥳#MexicoGP 🇲🇽 #F1 @SChecoPerez pic.twitter.com/WVnpkVlZu1

As the final laps played out at Autódromo Hermanos Rodríguez, Perez was within territory to attempt to overtake Mercedes' Lewis Hamilton in second.

Unfortunately, he couldn't find his opportunity, but his celebrations after the race showed how much of a team player he is, visibly delighted for teammate Verstappen.

"It's an unbelievable day. Obviously I wanted more, you know today, I wanted to get the 1-2 for the team, it was pretty close," Perez said.

"Still I gave my full heart for these people. I could actually hear them when I was going through here. It was pretty enjoyable."

He then spoke in Spanish to the crowd. "I want us to enjoy this a lot today, we deserve it. You've been the best crowd, not just today, but from the beginning of my career."

Many on social media developed a particular adoration for 'Papa Perez', Sergio's Dad Antonio, who was a Mexican NASCAR driver back in the day and was beaming with pride.

Congratulations to all at @redbullracing for a MEGA result 👏👏👏#MexicoGP 🇲🇽 #F1 pic.twitter.com/1546mgWzfZ

Sergio Perez will look back fondly on the weekend's events, but it wasn't without it's controversy. His number two status within Red Bull didn't make things easy.

According to reports, Perez was given a damaged wing from teammate Max Verstappen's car to grapple with in qualifying. This was in spite of his impressive practice runs.

Verstappen eventually qualified as third fastest with Perez a position behind. Mercedes started in pole position at 1 and 2, leaving Red Bull with a deficit to overcome.

After the race, Lewis Hamilton even had a sly dig at the Mexican despite giving him plenty of work to hold him off in the latter stages of the grand prix.

Hamilton spoke to Sky Sports after his second place finish. "Jeez, their pace, it was just unbelievable today, and there was nothing I could do to battle that."

"When you’ve got Checo on your tail, then you know the car is quick." Regardless of whether it was an intended dig or not, Perez has plenty of positive distractions after the Mexico City Grand Prix.

See Also: 'If I Was With Senna, We Would Have Had Problems' - Tommy Byrne On Fascinating F1 Career 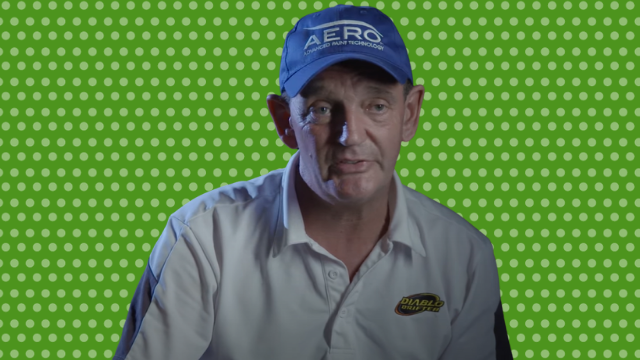 Motorsport
15 hours ago
By Eoin Harrington
How To Spend Your Time In The Formula 1 Off Season
Motorsport
2 days ago
By Eoin Harrington
Sam Bird Sums Up Why Irish Viewers Need To Tune In For New Season Of Formula E
Motorsport
3 days ago
By Eoin Harrington
Why You Should Be Watching Formula E This Season
Popular on Balls
The Rewind
1 day ago
By Gary Connaughton
Quiz: From Which Irish County Did This Company/Product Originate?
GAA
7 hours ago
By PJ Browne
Insane Drama As Late TJ Reid Goal Sends Ballyhale Into All-Ireland Final
The Rewind
2 days ago
By Jonathan Byrne
The Story Of Meat Loaf's Tour In Ireland During The Troubles Is Remarkable
Football
6 hours ago
By Jonathan Byrne
Roy Keane Enjoyed Dig At Harry Kane For Referee Bias Being 'England Captain'