With Karate set to make its senior debut at the 2020 Olympic Games in Tokyo, Cork's McCarthy  claimed a Bronze medal in the Men's Kumite +68kg this afternoon in Argentina.

McCarthy started his day with a 2-5 defeat to his opening opponent from Iran, effectively losing to one Ippon (worth 3 points). His second bout was against the heavier Tomas Kosa of Slovakia. At the European Junior Championships earlier this year, Kosa won silver in the over 76kg weight while the Corkman won silver at the 69-76kg weight. McCarthy beat the Slovakian 2-1.

In Karate at the Youth Olympics, tie breaks in the groups are broken by most scored points. So McCarthy went into his final bout versus Japan's Keisei Sakiyama knowing a win would send him through even though Sakiyama had won both of his opening bouts. 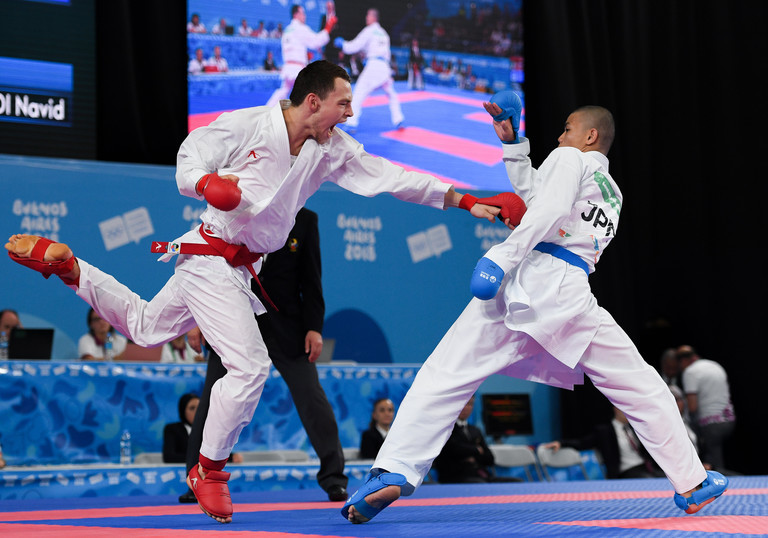 McCarthy went into an early 2-0 lead and held on to win 2-1 to qualify for the semi finals. With Iran's Navid Mohammadi winning his final but by a point, it meant McCarthy had topped the group and guaranteed himself a medal.

In the semis he faced the Moroccan Nabil Ech-Chaabi. In a very cagey affair, the Moroccan saw out a close 2-1 win to reach this evening's gold medal bout.

Speaking after he secured his place in the semi-finals, the Cork man couldn't contain his euphoria; "Amazing, I’m just over the moon, I can’t believe it, all the hard work has paid off, so it’s great."

Boxing
1 month ago
By PJ Browne
'It's A Business. It'll Have To Be Worth The Money For Me To Turn Over'
4