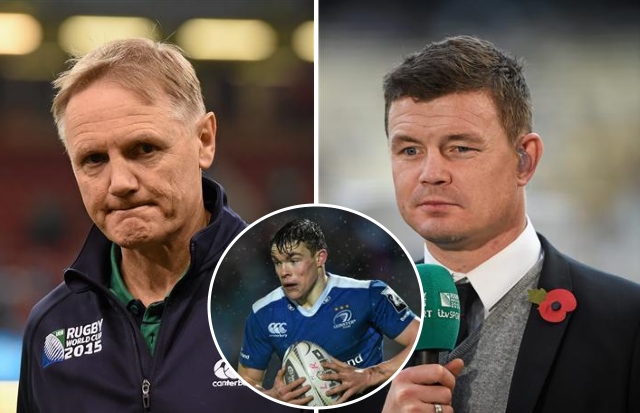 In a video on his website earlier this week, Brian O'Driscoll said he was somewhat disappointed that Garry Ringrose had not been included in the 35-man Ireland squad for the first two games of the Six Nations.

Small bit disappointed personally that he wasn't included in the national squad for the Six Nations. Even if he didn't play, that exposure to top quality players could only make him better.

This was on top of a tweet which O'Driscoll had sent following Ringrose's notable performance in Leinster's 24-7 win against Munster at Thomond Park over Christmas.

.@IrishRugby could do a whole lot worse than going with Garry Ringrose against Wales on Feb 7th.

It's not just online that BOD has been pushing Ringrose's star. He has also done so with Joe Schmidt.

Quoted by the Irish Independent, Schmidt told of a text which he had received from O'Driscoll regarding Ringrose.

He dropped me a text just to say that he thought Garry Ringrose was making really good progress. I'd have pretty good banter with Drico at any given time so it's not something that is a distraction.

Schmidt said that when someone of O'Driscoll's experience speaks regarding a player, you've got to take notice.

Drico is iconic. Someone throwing some words out, they might be featherweight words, but Drico, he's a heavyweight because of his experience in the game, his knowledge of the position and his iconic status, so they are going to carry more weight.

However, the Ireland head coach believes the Pro12 is the best place for the 21-year-old centre to cut his teeth right now.

Is putting him in against 110kg of hurtling Jamie Roberts or 104kg of footwork and fend that Jonathan Davies can deliver (the best thing for him)? Or is it sitting in the squad and not playing? Or is it him building that confidence that he's started to demonstrate through the Pro12 and one European start?

This is a great window for him to get game-time.

Read: Why Ireland Have A Chance Of Making History In The 2016 Six Nations

Read: Everything You Need To Know About The Ireland U-20s In 2016