In 2010, three years on from winning the U20 Six Nations for the first time, Ireland won it again.

It was not a Grand Slam like that maiden win. After defeating Italy in the opening game, Ireland lost away to France. However, they would win the three games which followed - including a 15-point defeat of England in Gloucester - to claim the title.

Profiled below is the team which played in the final round against Scotland.

There is also the tragedy of Nevin Spence. One of the most promising players on the team, he died in 2012.

Seven years on from being part of that U20 team, Conway made his Ireland debut in the Six Nations against England.

He has won 21 caps in total and was Ireland's top try scorer at the 2019 World Cup. One of Ireland and Munster's best weapon's in attack.

The Galway man has spent his entire rugby career with Connacht and was a key part of the province's greatest day, their 2016 Pro12 final victory against Leinster.

He made his Ireland senior debut during the 2016 tour of South Africa and has six caps in all. His last game for Ireland was against Japan in the summer of 2017.

After making more than 100 appearances for Connacht, the centre retired at the end of the 2018/19 season. In between two stints in the West, he sandwiched two years with London Irish. Injuries prevented Griffin from reestablishing himself as first-team regular during his second spell with Connacht.

Last year he completed a Masters in Leadership Development at NUI Galway.

Aged just 22, Nevin Spence tragically died in a September 2012 accident on the family farm. His father Noel and brother Graham also died in the same incident.

Viewed as a future Ireland international, the centre won the IRUPA Young Player of the Year award in 2011. That award is now named after him.

In 2017, Ulster released a documentary about the player in which some of the people closest to him were interviewed.

The holder of 35 caps for Ireland, though that number seems unlikely to grow with him currently playing in the Top 14 with Racing 92. One of Ireland and Munster's most exciting ever players with ball in hand.

The out-half left Ulster to join Rotherham Titans in 2013. After two years there, he joined Jersey.

He has also done some coaching at schools level.

"Self-aware enough to know the inevitability of the end of one's sporting dream, not foolish enough to get to that stage unprepared for life after," reads his Linkedin bio.

After bouncing between Leinster, Connacht and Ulster, the scrum-half finally settled in Belfast where he is playing the best rugby of his career. He has become a goalkicker of real reliability.

He has 11 caps for Ireland. Though, just one of those was a start. 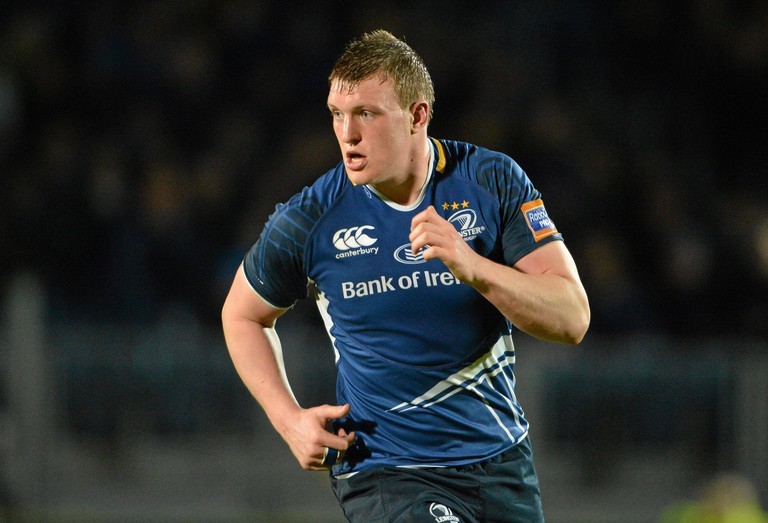 The loosehead prop made his Leinster debut in 2012. He subsequently moved to England where he spent five seasons playing for Bristol Bears and Ealing Trailfinders. He retired from rugby last summer.

"It’s not an easy life," he told the Irish Independent regarding his time as a player in the English Championship.

"It’s not a glamourous life. You aren’t playing in front of big crowds. Money is an issue. Very few clubs can pay reasonable wages."

O'Connell now works as a financial planner in England.

The hooker made his Ulster senior debut in December 2011 and signed a full contract win the province the following year. A move to his current club, Worcester Warriors, came in 2014. He penned a new two-year deal with the Premiership side in December 2019.

The Welsh-born tighthead prop was with Leinster at the time of Ireland's Six Nations victory. He had been plucked up from the Dragons academy in 2009.

A year after winning the U20 Six Nations, he was released by Leinster and signed for Connacht where he spent four years.

After eight years with Munster which saw him make 85 appearances, including ten in the European Cup, O'Callaghan departed Thomond Park last summer. The forward signed a two-year deal with ProD2 side Biarritz. 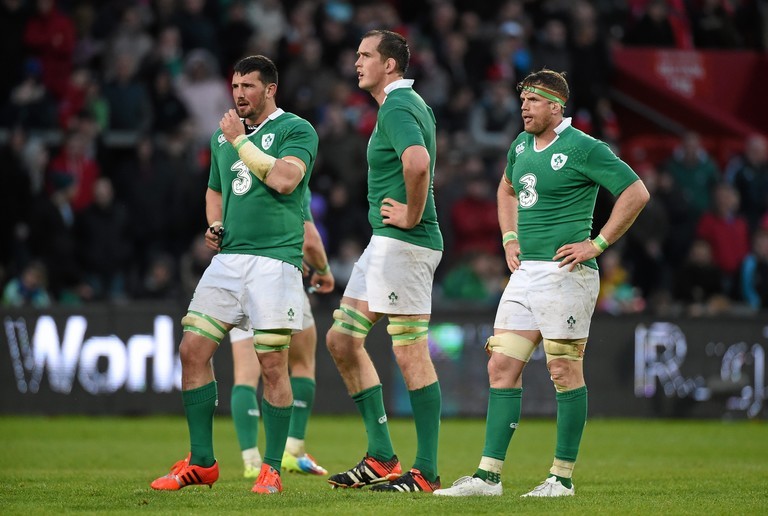 The utility forward was forced to retire from rugby in 2017 due to concussion. He was just 26 at the time.

"Unfortunately, my time as a player has come to an end earlier than I would have wished," Marshall said regarding his retirement.

"It has been a difficult time not being able to play since the injury but having had some time away from the game, I can appreciate how fortunate I’ve also been in my career."

Marshall was a product of the Leinster academy and played 20 times for the senior team before joining Connacht ahead of the 2015/16 season. He also played for an Ireland XV against the Barbarians in 2015.

He works in the finance industry.

A decade into his career and Ruddock has played over 170 times for Leinster and 26 times for Ireland. He was part of the Ireland squads at both the 2015 and 2019 World Cups.

Another player whose career was cut short due to concussion. The backrow retired in September 2018 aged just 28.

Ryan made 113 appearances for Leinster after making his debut in 2009. He left the province in 2017 to join Leicester but his time there lasted just a season before he was forced to call it a day. The Gonzaga man also played once for Ireland, starting in a 2014 November international against Georgia.

"I started crying uncontrollably, bawling," Ryan told the Irish Times in 2018 about sitting on the sideline following one of the collisions which ended his career.

Gareth said, ‘get inside, don’t let people see you like this’. It dawned on me the reason I didn’t tell was because I knew it was very serious. I was trying to convince myself I was alright. I relished contact all my life. But now I was scared of it. It was making me feel dizzy…… I surmised that deep down the reason I didn’t tell them because I suspected I was finished there and then.

Butler made his Munster debut in 2010 and spent another five seasons at Thomond Park before leaving to join Top 14 side Pau ahead of the 2015/16 season.

The number eight now plays in Japan with Yamaha Jubilo.

Very honored and proud to say I will be playing my rugby with @yamaha_rugby for the next two seasons in the Japanese Top League.

It’s something that is extremely exciting and new and as the first Irish player to… https://t.co/Ukt7faebf0

The former Munster prop currently works as a performance and process analyst with Apple. 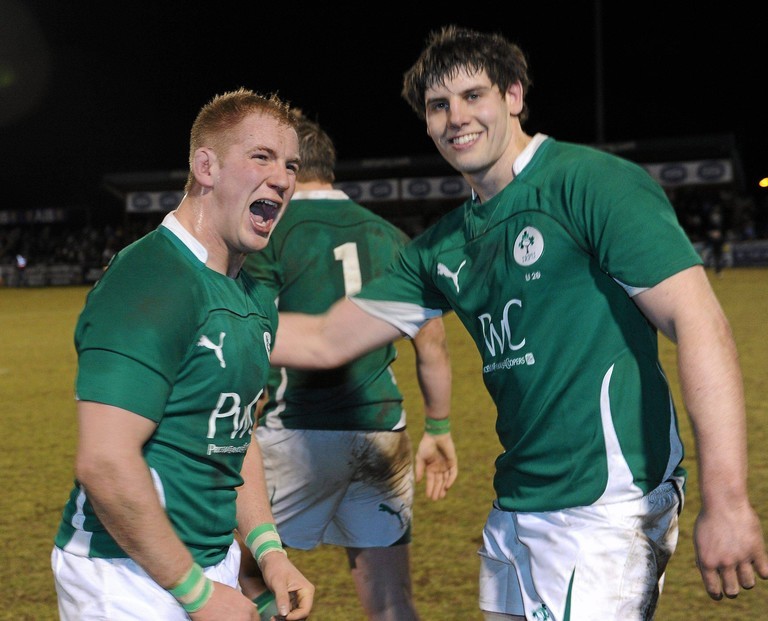 The second row made his Munster debut in 2010. He left the province in 2013, joining French side Aurillac who were coached by former Ireland international Jeremy Davidson at the time.

Hayes returned to Ireland in 2015 and began playing with Cork Con. Last year he played in his fourth consecutive AIL final with the club.

He currently works as a technology consultant with Accenture.

The centre spent five years with Leinster, making over 40 appearances. He joined Wasps in 2015 where he spent three years. He's currently on the books at London Irish. 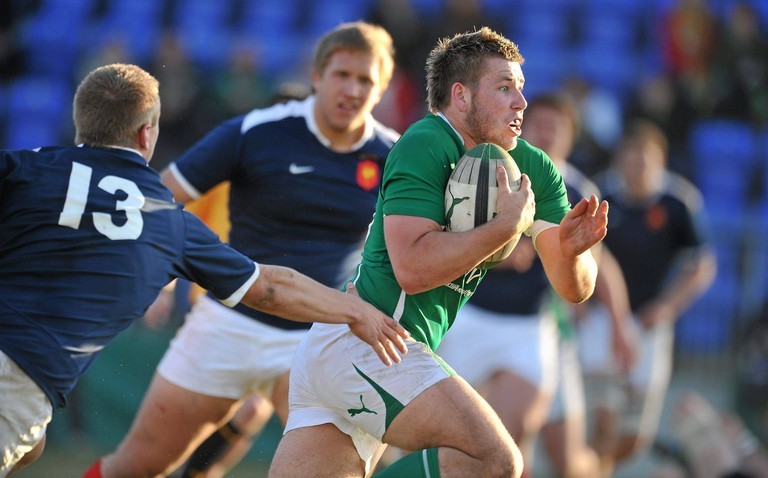 13 April 2010; Gareth Quinn McDonogh, Ireland, breaks through the tackle of Marvin O'Connor, France, on the way to scoring his side's first try late in the game to make the score 11-12 to France. He subsequently kicked the conversion to win the game for Ireland. U19 International Friendly, Ireland v France, Donnybrook Stadium. Picture credit: Brendan Moran / SPORTSFILE

The out-half spent three years with the Munster's academy and six months with Doncaster Knights in 2012. He has also played AIL with Old Crescent.

Currently works as a financial analyst.

The hooker went on to play AIL with Terenure College. Now works as a physiotherapist. 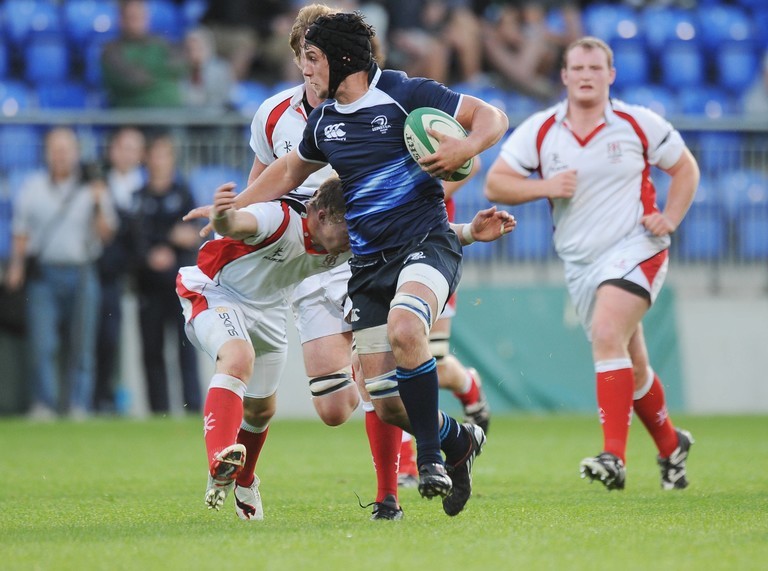 The scrum-half made his Ulster debut in 2010. After making 29 appearances, he left the province in 2015 to join Doncaster Knights. After three years, he made the move to current club Worcester Warriors.

The Leinster academy player made a career as a personal trainer.

Quiz: Can You Identify These 1990s Irish Rugby Players?