The URC: The Round 3 Standout Performances From The Irish Provinces

It was another solid weekend in the URC for the Irish provinces as three of the four had bonus point wins. All four Irish sides played positive, attacking rugby and there were many impressive performances. Many young Irish players were given opportunities this weekend and they shone. Here are few of the standout Irish displays from the weekend's rugby.

The Standout Performances in the URC

On their return to the RDS, Leinster put in a typical Leinster performance. They played with pace and intensity and were tough in defence. On his return to first team action, Adam Byrne reminded us of how good he is with two tries that were exquisitely finished. Scott Penny, Jordan Larmour, Ed Byrne, Sean Cronin and Ronan Kellher also got on the scoresheet in the comfortable win.

The second row has been a human highlight reel ever since he made his debut as his crazy athleticism is a sight to behold. However against Zebre, Baird put in a hardy forward performance. No flashy plays, just hard hits again and again. Baird made yards with every carry, whether it was only one yard or twenty, he was never smashed back. The second row made one clean linebreak and beat two defenders. He also showed some very silky hands, something he must have worked on during the week after his poor handling against the Dragons. In defence Baird was immense as well, winning three turnovers and stealing three lineouts while not missing a single tackle.

Baird can almost definitely become one of Europe's best second-rows if he keeps following the trajectory he's on.

It's another bonus point win in the URC for Ulster as they topple Rainbow Cup winner Benetton 28-8 at Ravenhill. It wasn't the most dominate performance from the Ulstermen but it was an efficient one. Nathan Doak dotted over with two tries with Rob Herring and Craig Gilroy scored tries as well.

The Ulster scrumhalf is one of the best Irish prospects right now. The son of Neil Doak, Nathan looks wise beyond his years at scrum half. He had a great attacking performance with his link play and support lines were crucial for Ulster to break down the Benetton defence. Doak's first try was brilliant: he executed a good loop to take out a few defenders, drew another defender to put David McCann through and ran a support line inside so McCann wasn't isolated. This is the scrum-half play that made players like TJ Perenara and Aaron Smith standout from the rest. Not only do they pass well from the base of a ruck, but are an attacking threat as well. Doak was also 100% from the kicking tee to cap off another exciting performance from the 19-year-old.

Munster look commanding yet again in their first away game of the URC season, winning 43-13 in Llanelli against the Scarlets. The scoring started early with Jack O'Sullivan dotting over after three minutes. The scoring didn't stop with Liam Coombes going over 20 minutes later. Munster were unphased by a Scarlets try and scored again before the half with Calvin Nash leaping over. Munster blew the Scarlets out in the second half, scoring 21 unanswered points to bring the bonus point win back to Limerick.

The South African flanker was given man of the match on the day and it was easy to see why. Cloete suits Munster style of play with his brute strength and physicality. Munster time and time again beat Scarlets around the fringes and close to the ruck and Cloete was pivotal in that. He made 13 carries, beating two defenders and making one linebreak. In defence he made seven tackles and won four turnovers in the dominate display. He capped off the URC Man of the Match performance with a well deserved try.

Connacht were shocked at home as the Dragons won in Galway for the first time since 2004. The Westerners looked good early on with Jack Carty scoring two penalties. A Dragons comeback was ignited by a Sam Davies penalty before a Jonah Holmes try gave them the lead. Two more penalties for Carty before half time gave Conancht the lead going into the break. However the Dragons came out firing in the second half with full back Jordan Williams scoring a fantastic solo try to start off a spell of Dragons dominance. They scored two more tries in the second half to get the bonus point win.

It's hard to standout in defeat but Ultan Dillane put in another great shift for Connacht with his leadership shining through. As the main lineout option Dillane took responsibility, winning five lineouts and helping Connacht to a 100% success rate from the lineout. The URC season is young but Connacht have really struggled from the line, so having a perfect record on Saturday is a huge positive for them. Dillane also won two turnovers along with making eight tackles in defeat. Connacht will have a tough schedule this season due to the URC format, so they can't really afford to lose games like these. With Munster up next in Thomond, they'll be looking for a shock of their own.

Here are the URC standings after Round 3:

How things stand after Round 3 📊

Which team surprised you most? 🤔#URC pic.twitter.com/aYqysqq7ix

See Also: 'My Son Played GAA And Rugby. He Met People From All Aspects Of Northern Ireland' 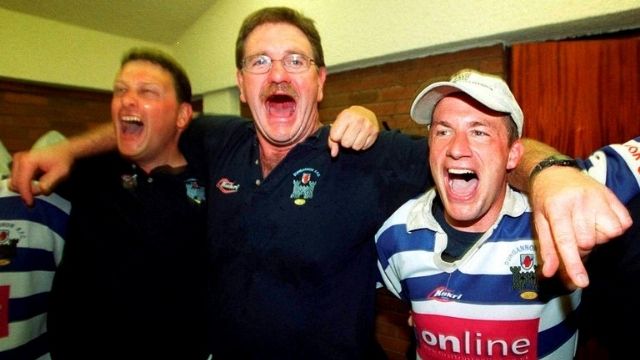 Rugby
6 months ago
By Gary Connaughton
O'Sullivan & Jackman Think Ireland U20 Star Has Big Future After Wales Display
Popular on Balls
GAA
2 days ago
By PJ Browne
Insane Drama As Late TJ Reid Goal Sends Ballyhale Into All-Ireland Final
Rugby
1 day ago
By Colman Stanley
Yesterday Was Not The First Time Wayne Barnes Sent A Player Off For Getting Lippy
Rugby
22 hours ago
By Colman Stanley
Champions Cup Predictions And Permutations For The Irish Provinces
The Rewind
2 days ago
By Jonathan Byrne
The Definitive Ranking: Deli Items Ranked From Best To Worst