One The The Best Wrestling Documentaries Ever Is Now On Netflix

While you probably don't know all that many people that are into it now, there was a time when wrestling was one of the most popular sports around.

There's no doubt that it hit its peak in the late 90s and early 00s, when there were some massive stars involved. Even if you have no interest in the current going ons in the industry, looking back at the heyday of wrestling can still be very interesting.

That is what makes this documentary such a compelling watch.

Beyond The Mat was released in 1999, focusing on the lives on some of the biggest names in the industry away from the wrestling ring. It focuses mainly on Mick Foley, Terry Funk, and Jake Roberts, all of whom are at very different points in their careers.

With a Rotten Tomatoes rating of 82%, it is certainly worth a watch. You can watch the trailer for the documentary below.

Beyond the Mat is now available Netflix from today, October 1st.

While the footage in the documentary is now more than 20 years old, it tackles many of the same issues that are still present in professional wrestling.

Even for those who had no interest in the WWE, we recommend that you give it a watch.

See Also: Fans Of Marvel Will Be All Over This New Disney+ Documentary Series 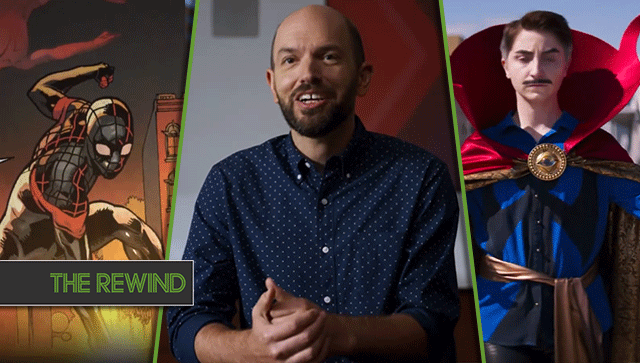 The Rewind
1 day ago
By Gary Connaughton
Quiz: What Does This Irish Word Mean?
2

The Rewind
3 days ago
By Eoin Harrington
Quiz: Which Famous Irish Person Is Older?
Previous Next

Beyond The Mat WWE netflix

The Rewind
1 day ago
By Gary Connaughton
Quiz: What Does This Irish Word Mean?
The Rewind
3 days ago
By Donny Mahoney
Three Meath People Fined For 80km Journey To Dublin For Burgers
The Rewind
3 days ago
By Eoin Harrington
Quiz: Which Famous Irish Person Is Older?
Popular on Balls
Football
23 hours ago
By Gary Connaughton
Benitez Reveals Potential Legal Issues Halted Bruno Fernandes To Newcastle Deal
1