One Of The Most Anticipated New Netflix Movies Is Out Today

There's been a marked growth in gothic, dark - sometimes supernatural - thrillers across the movie and TV industry in recent years, and Netflix's latest big name movie fits right into that category.

The Devil All The Time drops on the streaming platform today, 16 September, starring the likes of Tom Holland, Robert Pattinson, Jason Clarke and Riley Keough.

Set in Knockemstiff, Ohio, it centres around Tom Holland's character, Arvin Russell; the town's new preacher, Preston Teagardin (Robert Pattinson), and a twisted local couple (Jason Clarke and Riley Keough). Directed by Antonio Campos, the movie spans the period between World War II and the Vietnam War, and - according to Netflix - "renders a seductive and horrific landscape that pits the just against the corrupted."

The movie is based on 2011 award winning novel, of the same name, written by Donald Ray Pollock. So far it has been receiving mostly positive reviews, averaging 8.3/10 on IMDB.com, while The Guardian's Mark Kermode gives it four stars, naming it his 'Film of the Week.' He writes:

Set between the aftermath of the second world war and the gathering storm of Vietnam, it’s a labyrinthine tale of hardscrabble lives and monstrous deaths in woodsy environs, littered with fanatical fornicating preachers, misguided, faith-fuelled sacrifices and tortuous family legacies, passed unforgivingly from one generation to another.

You can check out some of the other great movies on Netflix at the moment in our extensive list here. 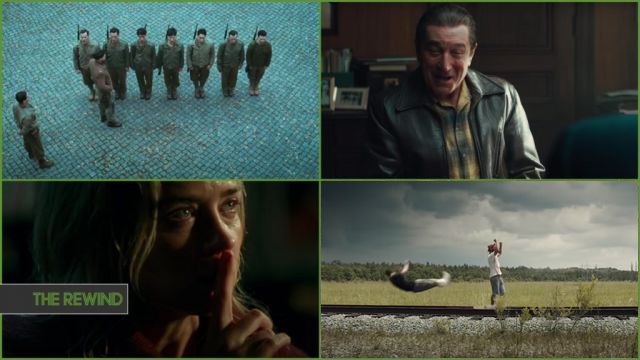 The Rewind
13 hours ago
By Paul Moore
New Documentary Will Explore The Disappearance of Carole Baskin’s husband, Don Lewis
15

The Devil All The Time movies netflix