18 Of The Best Movies On Irish Netflix Right Now

Even though we have a lot more spare time on our hands at the moment, picking a decent film to watch is still hard. That's why we have compiled this list of the best movies on Irish Netflix right now.

We have picked out 18 of the most entertaining flicks on the streaming site, with a bit of something for everybody.

Here are the best movies on Irish Netflix right now.

The Best Movies On Irish Netflix

Robert De Niro, Al Pacino and Joe Pesci star in Martin Scorsese’s The Irishman, an epic saga of organised crime in post-war America told through the eyes of World War II veteran Frank Sheeran, a hustler and hitman who worked alongside some of the most notorious figures of the 20th century.

An incisive and compassionate portrait of a marriage breaking up and a family staying together. From Academy Award-nominated filmmaker Noah Baumbach and starring Scarlett Johansson, Adam Driver, Laura Dern, Alan Alda and Ray Liotta.

In Nazi-occupied France during World War II, a plan to assassinate Nazi leaders by a group of Jewish U.S. soldiers coincides with a theatre owner's vengeful plans for the same. (IMDB)

With his debts mounting and angry collectors closing in, a fast-talking New York jeweller risks everything in hopes of staying afloat and alive. (IMDB)

In rehab, pop star Elton John looks back at his humble origins, timeless songs and heady moments of inspiration and excess. Based on a true story. (Netflix)

Shutter Island is the story of two U.S. marshals, Teddy Daniels and Chuck Aule, who are summoned to a remote and barren island off the coast of Massachusetts to investigate the mysterious disappearance of a murderess from the islands fortress-like hospital for the criminally insane.

The story of Oakland A's general manager Billy Beane's successful attempt to put together a baseball club on a budget by employing computer-generated analysis to draft his players.

Once Upon A Time... In Hollywood

A faded television actor and his stunt double strive to achieve fame and success in the final years of Hollywood's Golden Age in 1969 Los Angeles. (IMDb)

Wardaddy, along with his crew of five members, embarks on a mission that puts many lives in danger. The crew members realise that the odds are against them, but still decide to attack the Nazi army. (Google)

An insurance salesman is oblivious of the fact that his entire life is a TV show and his family members are mere actors. As he starts noticing things and uncovers the truth, he decides to escape. (Google)

Fifteen years after murdering his sister on Halloween night 1963, Michael Myers escapes from a mental hospital and returns to the small town of Haddonfield, Illinois to kill again. (IMDb)

When the police take time to find Keller Dover's daughter and her friend, he decides to go on a search himself. His desperation leads him closer to finding the truth and also jeopardises his own life. (Google)

A revealing look at the meteoric rise of seminal '90s rock band Oasis, weaving never-before-seen concert footage with candid interviews and a firsthand account of the backstage sibling rivalry that threatened to destroy the band. (Google)

Accompanied by a German bounty hunter, a freed slave named Django travels across America to free his wife from a sadistic plantation owner. (Netflix)

The Wolf of Wall Street

Based on the true story of Jordan Belfort, from his rise to a wealthy stock-broker living the high life to his fall involving crime, corruption and the federal government. (IMDB)

After being coerced into working for a crime boss, a young getaway driver finds himself taking part in a heist doomed to fail. (IMDB)

There Will Be Blood

A story of family, religion, hatred, oil and madness, focusing on a turn-of-the-century prospector in the early days of the business. (IMDb) 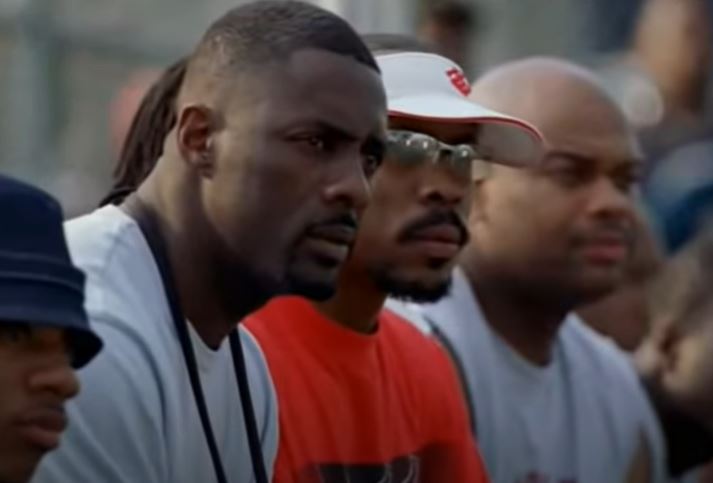