We're celebrating Space Jam on Balls.ie this week. No, not because there's a new film coming out with LeBron James, but because Space Jam was deadly! And because we played the Space Jam Playstation game from 1996 on this week's edition of Balls Arcade and had quite possibly the best game of basketball ever played.

Second to our Playstation performance, the Space Jam game from the movie would have a good claim to the title of the second best basketball game ever played.

Fewer methods of covering sport divide opinion like player ratings: they allow scores of feral online fans to squabble below the line as to whether somebody deserved a six, rather than a seven, given that the panicked filing of a number by a stressed journalist is such an objective and nuanced summation of a player's performance.

In the (entirely unreasonable) case you're unfamiliar with the film, Space Jam tells the story of the Looney Tunes characters needing to win a basketball match against an evil bunch of aliens, who, if they win, will take over the planet.

In order to win the game/put someone on the movie poster and make the film feasible, Bugs Bunny recruits Michael Jordan.

Each rating is out of ten.

Disappointing performance by a blue-chip player of the Tune Squad. Began the game by being easily shoved out of the way to allow the Monstars their first score.

Showed no awareness for the team in turning a key moment of the game - the shoving of Lola out of the way as a Monstar jumped upon her - as an act of forced chivalry to serve his own, personal ambitions. 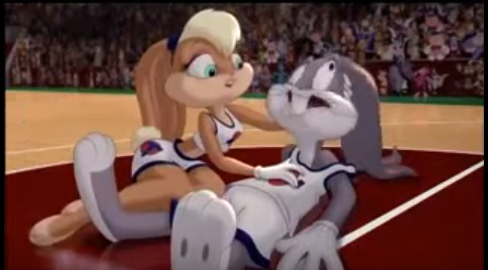 His important role in the final play - catapulting himself into an opponent to win the ball back in the lead up to the winning basket - should not obscure a cowardly performance.

In the early stages, he passed the ball directly to a defenceless Granny on the touchline, purely to avoid confrontation.

A virtuoso performance. He gave an inspiring half-time team-talk, and also agreed to up the stakes with his opponents to add more narrative weight to the closing stages of the film. Should the Tune Squad lose, Jordan admitted he would give himself up to the Monstars, who threatened to turn him into their star attraction, profiting from public appearances in various places: an early-day Lance Armstrong.

Jordan proved to be a captain who led by both his words and, ultimately, example. He scored the dramatic, final-second basket to win the game, extending his arm by approximately 15 metres to dunk the winner. As proof of how much this meant to him: he never bothered to do this in the NBA.

Overall, a fine performance, that oddly went in line with the backing track inexplicably heard by the arena. Jordan was at his best when this music was upbeat/optimistic, while he struggled when it was more foreboding/pessimistic. 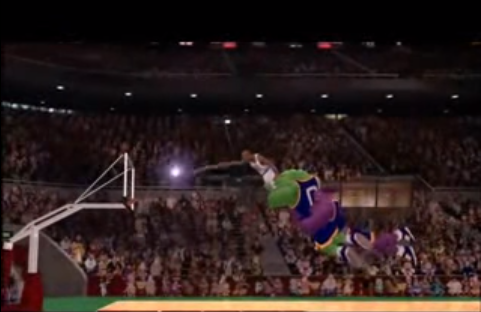 An underwhelming performance: he failed to make an impact on the scoreboard. Recovered well from early incineration. 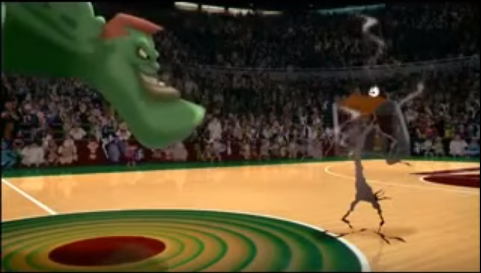 A strong performer, and bagged a couple of critical scores. Good chemistry with fellow rabbit, Bugs.

Tried gamely, but lacked the talent/ability to concentrate on anything other than finishing a sentence to make a true impact.

Showed an important mastery of the 'dark arts' of defence in rigging the ring he defended with more explosives than were needed. Unfortunately for his plan, the ring was rebuilt in remarkably quick time.

Fortunate to not be fouled out for a wide-ranging assault on the Monstar players. Out of his depth. 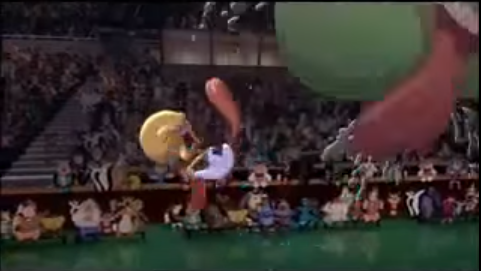 Brought on, spoke to opponent, stamped into the ground. Ineffective. 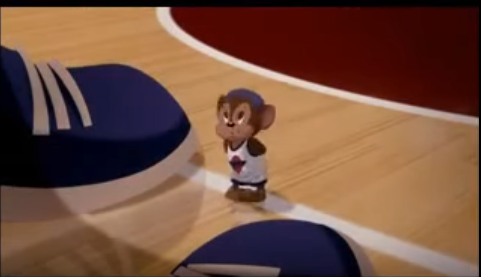 Another poor performer. Was surprisingly allowed use a gun while in action. Part of a Tune defence that leaked the worrying score of 'kinda one-sided, isn't it' at the end of the first-half. 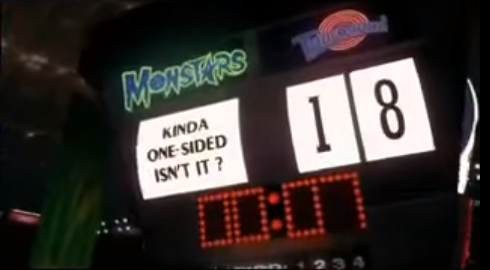 The Tune Squad's best performer outside of Jordan. Set the tone for the second-half comeback. Tenacious, pacy, and accurate. Superb all-round performance.

Used his inherent stench to force away the Monstars defence, ending in an easy score. Encompassed the Tune Squad's need to play to their respective strengths. 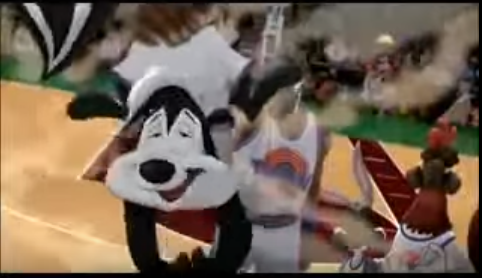 Came off the bench to score a heroic basket, before leaving immediately after having picked up a knock. The latest from the medical camp is that, despite the result, he's feeling oddly flat. 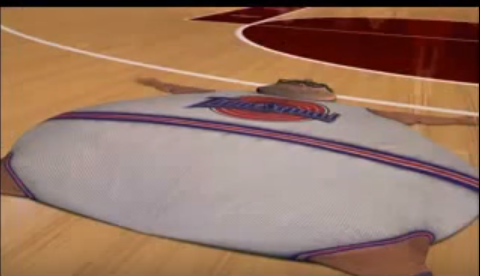 Fudd presumably reckons he needs a gun to hunt the set of Bear Arms that the Second Amendment the U.S constitution allows him to hang on his wall. Perhaps that's a reason he stopped a Monstar in his tracks with a gun in the second-half. Overall: solid, if unspectacular. 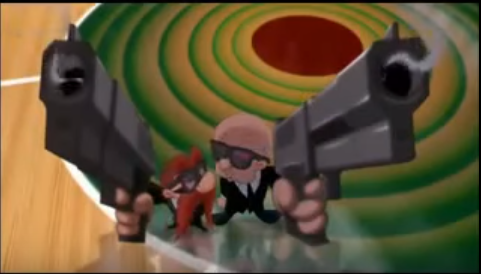 A surprising late introduction. Impressed with some characteristic comedic misdirection.

The Rewind
2 months ago
By Sean Meehan
Ireland's Greatest Singalong Song - Semi-Finals
The Rewind
4 months ago
By PJ Browne
The Cork Farmer Who Climbed Mt Fuji In Dubarrys And Buttoned Down Shirt
The Rewind
7 months ago
By Mark Farrelly
16 Things The Den Absolutely Need To Bring Back In Their New Show
Popular on Balls
Rugby
21 hours ago
By Michael McCarthy
Six Nations To Remain On Free To Air Television After Surprise Deal
Football
13 hours ago
By Gary Connaughton
Report: Ireland Underage Star Being Linked With Bundesliga Switch
GAA
20 hours ago
By Gary Connaughton
Dónal Óg Cusack Has Absolutely Savaged Hurling's New Advantage Rule
Golf
19 hours ago
By Donny Mahoney
Rory McIlory Praises Caddy For 18th Hole Intervention That Sealed Wells Fargo Win