For more fair-weathered superhero movie fans,  Spider-Man: Into the Spider-Verse may have bypassed them upon its release in 2018. The fact that it's an animated movie may have caused some to turn up their nose, but, believe us, it's well worth a watch.

It is one of the most critically acclaimed superhero movies ever, winning Best Animated Feature Film at the Academy Awards, Golden Globes, and Critics' Choice Awards. It also has an impressive 87/100 rating on metacritic.com, based on 50 critic reviews. We could be here all day going through its list of accolades and positive reviews but you get our point.

Unlike your normal friendly neighbourhood Spider-Man flick, this one centres on young man called Miles Morales, who becomes Spider-Man. Where is Peter Parker? Well, a Peter B Parker suddenly shows up and he's also Spider-Man!

You can see where we're going with this; it turns out there are multiple universes and countless different Spider-People.

The movie is available from today, 6 November, on Netflix. A sequel is also in the works, slated in for October 2022, while it's also definitely not the last we see of the multiverse idea, given that we'll also be getting Doctor Strange in the Multiverse of Madness in 2022. Also, all indicators are that the next Tom Holland Spider-Man movie will also incorporate the multiverse, and possibly Tobey Maguire and Andrew Garfield's Spider-Men.

But those are movies for another day — today it's all about Spider-Man: Into the Spider-Verse. Watch and enjoy!

See Also: Fans Of Marvel Will Be All Over This New Disney+ Documentary Series 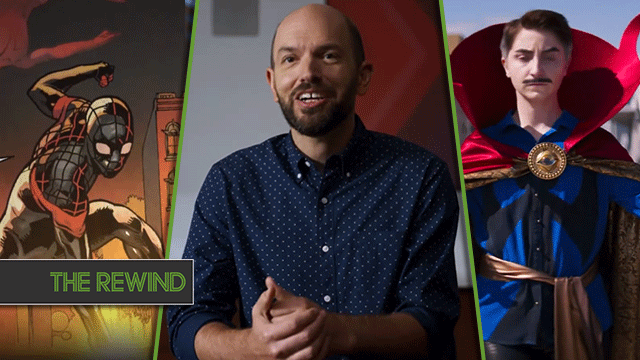