Irish boxer and team Ireland captain Kellie Harrington has had to withdraw from her European Games final due to a hand injury.

The Dubliner suffered the injury during her semi-final bout with Agnes Alexiusson from Sweden and has been deemed unfit to box today. 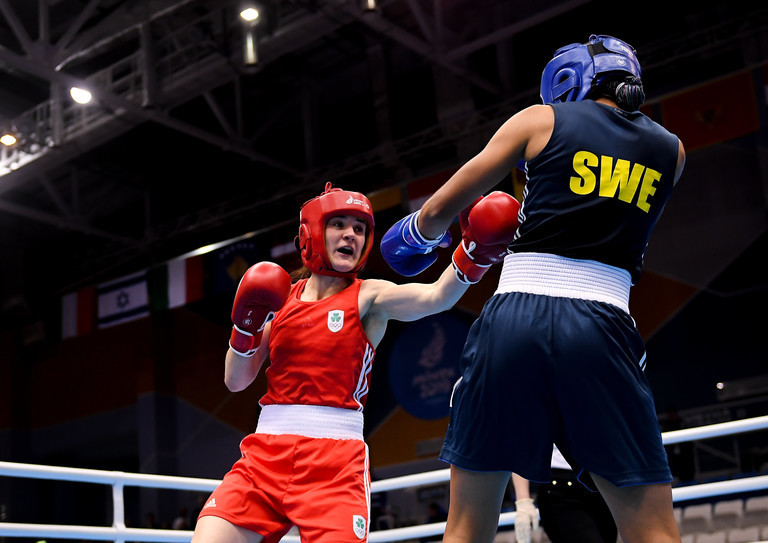 "I’m disappointed to not be competing but I understand that there’s a bigger picture to be taken into account," Harrington said in a statement. "It would be too much of a risk to go in there and have another setback. I totally respect the advice of the medical staff and the decision of the Performance Director."

While I’m disappointed, I’m still going to be there for Kurt my teammate, as captain. It’s been an honour to be captain of this boxing team, and I’m going to be cheering him on and I am can’t wait to watch our team collect their medals, and I will carry my silver medal with pride.

I’m looking forward to getting home, recovering and getting back at it as soon as possible. We came out here having had a fantastic training camp and were excited about testing ourselves against the best in Europe blocks, and we did that. It’s been a fantastic competition for the Irish boxing team and I’m going to continue to trust the team that’s supporting me.

Boxing
2 months ago
By Aonghus Ó Maicín
Ireland's Fantastic Four: The Middleweight Boxers Nearing The Top Of The World
Previous Next