A brilliant performance from Irish boxer Kurt Walker saw him secure a gold medal to become European Games champion at bantamweight in Minsk.

It was a remarkable result after a sensational showing from Walker, who beat both the number one and number two seed on his way to the top of the podium. 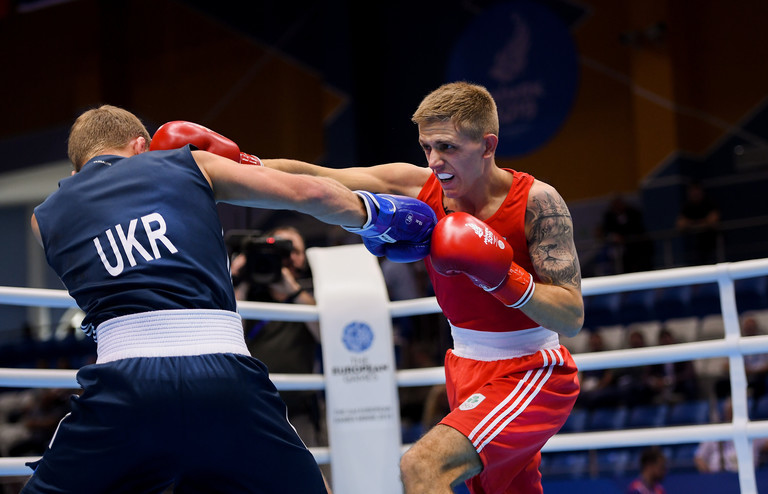 The Lisburn native and close friend of Michael Conlan was comfortably awarded a unanimous decision against Ukrainian Mykola Butsenko. In the red colours, he commanded centre ring and got his shots off first throughout the opening two rounds, displaying some great cross and lead shots on his way to the win.

AND THE NEW EUROPEAN CHAMPION!!!

It caps a superb week for team Ireland and a nice bounce-back after today's earlier disappointment which saw Kellie Harrington withdraw from her final due to a hand injury.

Boxing
3 weeks ago
By Donny Mahoney
Could We See A Canelo-Quigley Fight This September?
Previous Next

Boxing
6 days ago
By PJ Browne
Belfast 'Entertainer' Tennyson Stops Welshman To Claim British Lightweight Title
Boxing
1 week ago
By Gary Connaughton
Jason Quigley Has No Doubt That He Can Beat Canelo Alvarez
Boxing
3 weeks ago
By Donny Mahoney
Could We See A Canelo-Quigley Fight This September?
Popular on Balls
Football
12 hours ago
By Paul Moore
Bohemians Apologise For Listing Danny Mandroiu As 'Gargled' In Team News Gaffe
9