Josh Warrington is set for his third IBF featherweight title defence against Frenchman Sofiane Takoucht on October 12, but it seems that Irishman Michael Conlan is on his horizon at some point.

Speaking at an official media event for the fight as outlined by British Boxing Scene, Warrington explained he is keen to unify belts in the short-term before facing rising stars like the former Olympian.

Michael Conlan is making big waves, but I want the other champions then I will fight the likes of him. I’m coming up to ten years as a professional. The support has just grown and grown and inspired young fighters in Leeds. The journey hasn’t finished.

I would love the WBA champion Leo Santa Cruz and if Shakur Stevenson wins the WBO title I would line him up and give him 12 rounds of hell, but it’s this fight against Takoucht I’m thinking about.

The fight has been touted in recent weeks. Warrington retained his title with a victory over Conlan's close friend and MTK stablemate Carl Frampton last December before backing it up against British rival Kid Galahad.

Speaking to Balls.ie earlier this year, Conlan's brother and manager Jamie said that "we are on a path for Michael to become a superstar in boxing."

He went on to set a timeline for a world title bid: "I mean this, I believe he will be a world champion in the next two years." 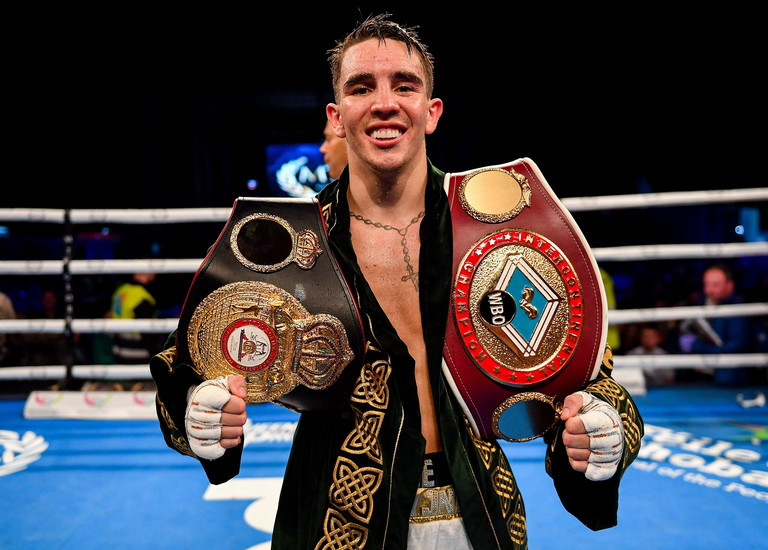 Last week, the Belfast boxer secured a ninth-round stoppage win against Diego Alberto Ruiz. It moved the hometown favourite onto a career record of 12-0.

It appears world champions are starting to take notice.

Boxing
5 days ago
By Sean Power
Jason Quigley Picks His Top 5 Fights Of All Time
Podcasts
1 week ago
By Balls Team
The Buildup - Quigley's 5 Favourite Fights & Our GAA Quiz
Quiz
1 week ago
By Mark Farrelly
Take Our Impossible 2000s Sports Quiz: Episode 4
Popular on Balls
GAA
11 hours ago
By Gary Connaughton
Confirmed: We Now Have An Official Date For The GAA's Return
11