Our Favourite Pieces Of Sportswriting On Balls.ie In 2018

It's been an amazing year for Irish sport. Between a Grand Slam, a New Zealand slaying, a hockey World Cup final, a Limerick famine ended, an Ireland manager replaced, and so, so much more, there's barely been a week without some really big news. But the best sports stories usually come from beyond the games. Over the last year, the Balls.ie team has talked to some of the most interesting people in Irish sport, whether they are household names are not, and they've explored some of the great Irish sports stories of the past, providing a level of detail and context to things often harshly forgotten or overlooked.

What follows is an editor's picks of sorts, our 12 favourite pieces of writing from the last 12 months here on Balls. Here's to another year of great tales to tell in 2019. 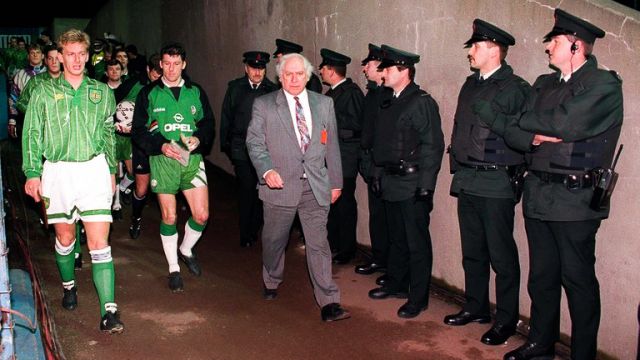 25 years on from Jack Charlton's men going to Windsor Park and coming away with a ticket to America, we talk to the people in the stands that night, a different perspective on one of the maddest nights in the history of sport on the entire island. 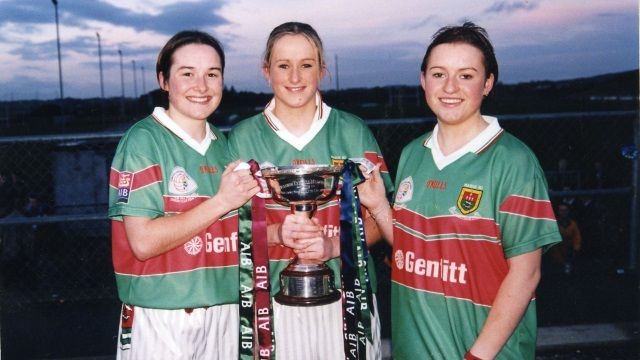 Mam got a phone call during the game to go down to the hospital. We headed down, myself and my sister and my brothers, James and Thomas.

When we landed down, I knew that it was serious because they brought us into a room where I had been when friends had passed away. I knew the room wasn’t a good room, it wasn’t one they brought everyone into. Reality hit. Things were not as positive as we had thought.

We thought that same girl was invincible, that nothing would happen to her.

She was talking right up until eight o’clock before she died. Mam and Dad got to talk to her before she passed away.

The crash happened at five and she died around nine that night. 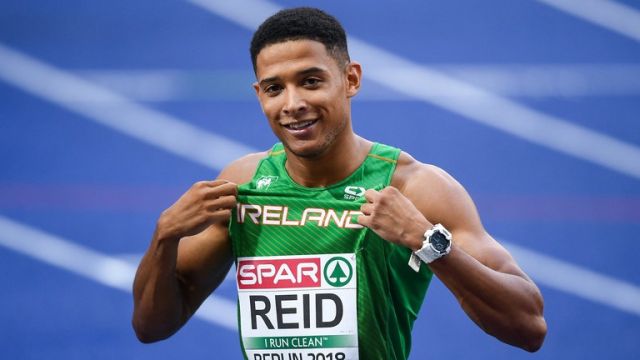 Leon Reid thinks he might hold a record but it's not athletics related.

From the age of three he was in and out of foster homes - 14 or 15 in all. There were ones he liked but was too young to remember, the stays too short to etch permanent memories.

He counted places in Birmingham, Wolverhampton, Nottingham, Gloucester and Bristol as temporary homes.

It's been a remarkable and long journey for the sprinter to come to represent Ireland. PJ Browne sat down with Reid to tell his story. 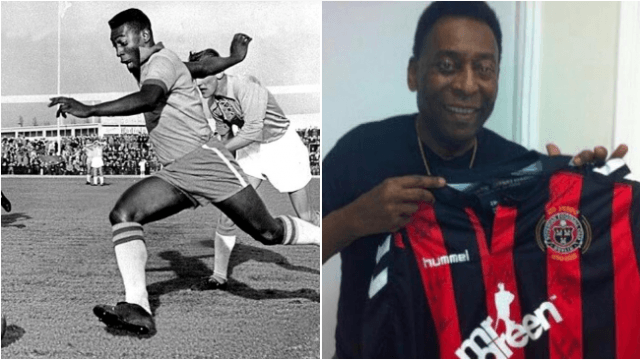 Pele's visit to Dalymount Park in 1972 was not wholly lauded by a cynical Irish press, as we found out this year.

30 Years After The Greatest Sigerson Cup Tragedy, The Tierneys Have Come Full Circle 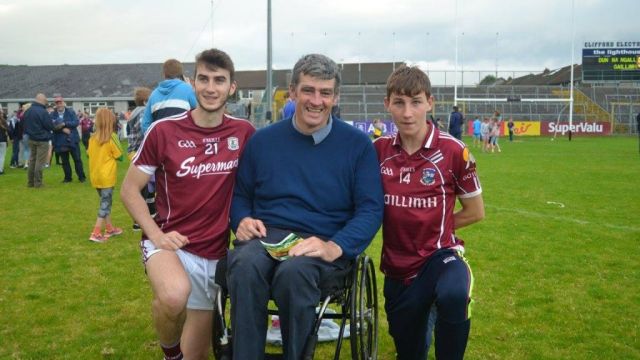 We stayed up that night after losing that match in Maynooth. We were driving home the next day, all in cars. I was back already with the boys. Kevin O'Hanlon was driving one car and Matt was sitting in the passenger seat. They crashed at the roundabout there at the Huntsman. They were fucking nearly home... We were on our way to the Hole in the Wall, we were actually waiting for them. Then they crashed and Matt never walked again. 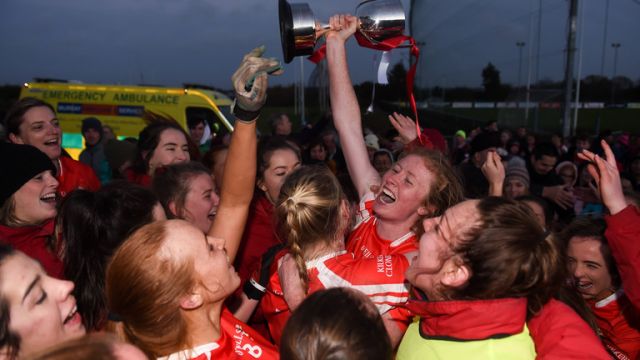 The fate of Carnacon in the Mayo Ladies' Football Championship was one of the stories of the year, but what about the team that would ultimately dethrone them in Connacht? Were Kilkerrin-Clonberne going to be denied their chance at glory against the best team of all time?

Five Years After Puskas Goal, Stephanie Roche Has Learned From Her Mistakes 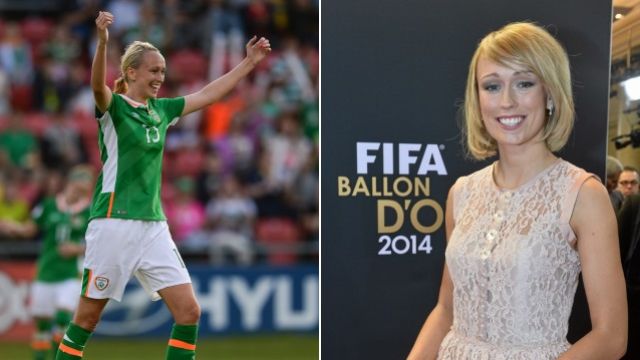 It's been a rollercoaster journey for Stephanie Roche since her most famous moment as she told Balls this year.

From War-Torn Liberia To Westmeath: The Remarkable Story Of Boidu Sayeh 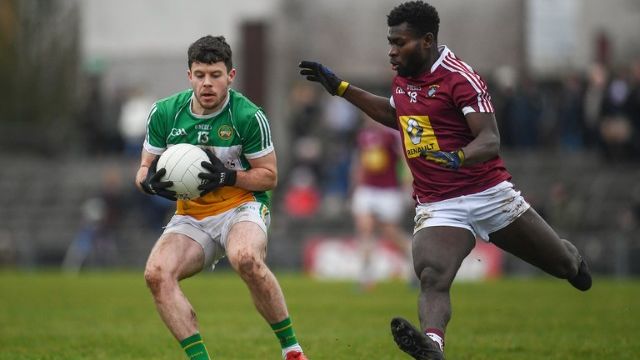 On his eighth birthday, he landed in Ireland, leaving behind war-torn Liberia. His life up until then had been in Monrovia, his new one would be in Moate.

A Fright On The Pitch, Trouble Off It: Leitrim's Unforgettable 2003 Trip To New York 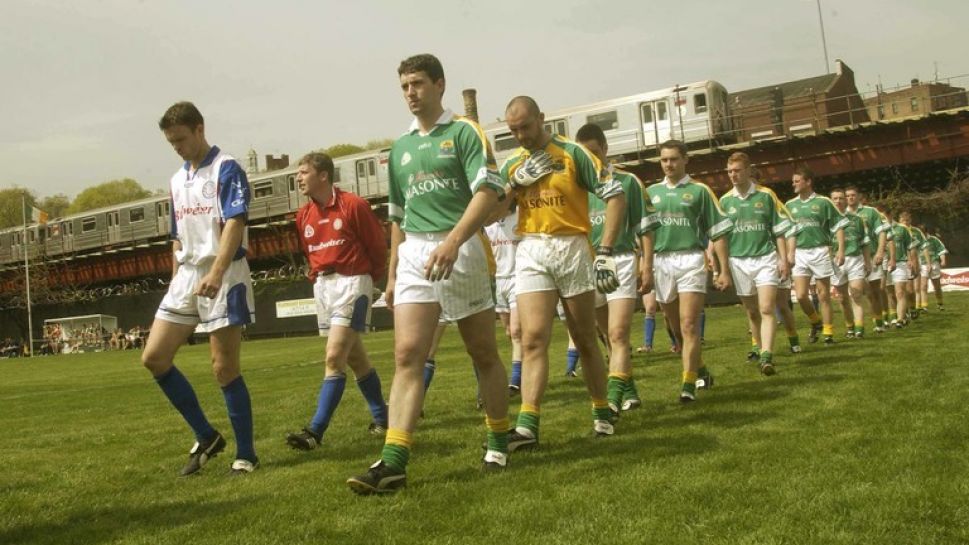 Leitrim got more than a fright on the pitch in New York this year, but the off field antics of 2003 were surely not replicated.

Through Hell And Back: The Inspirational Story Of Caoimhin Agyarko' 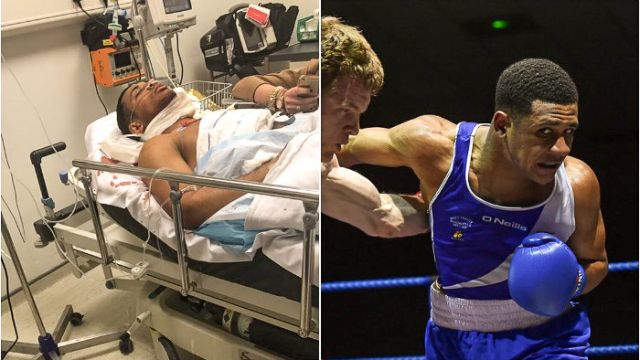 Saturday’s electrifying debut could have come sooner, if not for a scandalous incident on May 1, 2017. It was late in Belfast city and Agyarko had just accompanied his girlfriend on a night out. They decided to go to McDonalds before heading home. Then he was the victim of a life-altering crime.

That night Agyarko was viciously attacked by a gang of men and stabbed in the neck. The knife came within an inch of his artery and left him requiring over 30 stitches. His family only discovered his phone and wallet were missing when he was brought to the hospital. No one has ever been charged or identified for the assault.

"I was out for five months after that. That was a dark and lonely place. At the time, it changed my life massively. It felt like they took boxing away from me. It was very difficult. I try to look at things now as either a blessing or a lesson. Now maybe going through it made me realise things. If there is anything I want to do in life, I have to do it because something like that can happen. I will do what I have to do to make me happy.

"It’s hard. It depends. With me getting stabbed I was angry and hurt. I still am angry and hurt. It is was so tough to be attacked but on top of that, the justice system didn’t do anything. They didn’t find anyone." 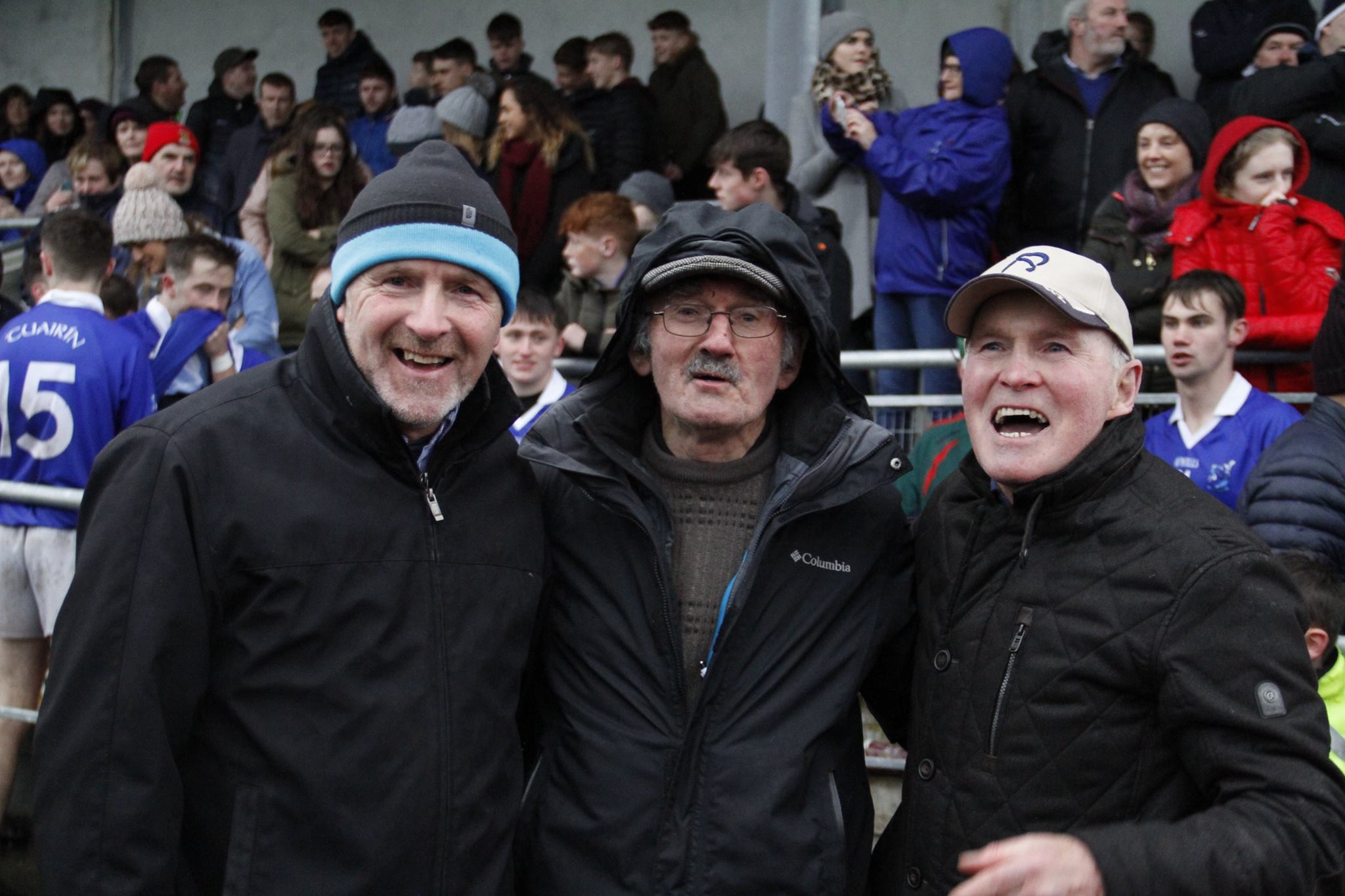 We weren’t allowed bring the hurleys to school.

It was seen as dangerous. Sure they had never seen it before.

While hurling may be dying in many parts of the country, as long as there are incredible clubs like Tooreen, the game will survive.

10 Of The Greatest Pieces Of Commentary In Irish Sport 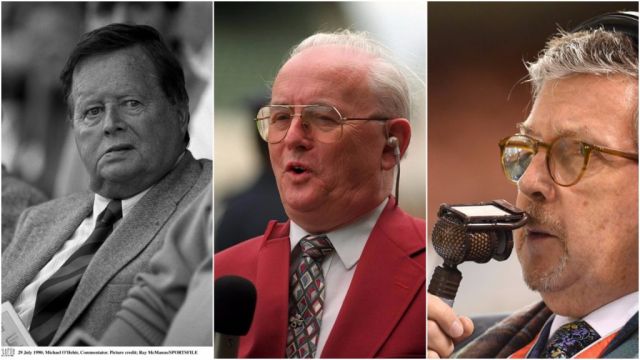 And with all that, we still love a good list, especially one reminding us all of those great moments in Irish sport. Nothing brings us back to an occasion like the commentary. From Jimmy Magee's perfectly times medal list in 1984 to "A nation holds its breath", we love every single one of these.

We hope you enjoyed our pick of the best of Balls.ie in 2018. There is a lot more there too if you care to trawl our archives, and be sure to catch more of the same in 2019.