On Friday, Kilcoo Eoghan Rua GAC shared the story of Kieran Rogers on their Facebook page.. Kieran is a member of the Co. Down club and a father of four. Rogers is currently in ICU fighting covid 19, on a 24-hour oxygen feed. He was unvaccinated and issued a profound appeal from his hospital bed for all people to get the vaccine.

On 25th July I got my positive result for C19. Already self-isolated from the previous day, I lasted to 30th when ambulance service took me Craigavon and after 6 days in a ward they had to move me to Intensive care where I have been since. Hindsight is a wonderful thing I always heard but believe me I wish I had listened.

Imagine you are standing at the sink in your kitchen with 1 little tablet in your hand, below you is a still bowl of water. That tablet is a FREE Vaccine, for you, that no one is forcing you to take. The bowl of water is the lives that you will effect. What do you do? Who do you do it for? Personally from what I know now, you take the tablet (jab). I’m no medical expert but of the 11 beds here in ICU none of us were vaccinated. I’m not saying the vaccine is a cure but it obviously must prevent or deter what I am fighting.

Rogers' appeal resonates for many reasons: he's a young, unvaccinated man currently in an NHS ICU ward amongst other unvaccinated people.

If any intercounty GAA team knows how damaging covid can be, it's Tyrone. The county have had their 2021 Championship completely upended by the virus. It appeared they'd have to withdraw from their All-Ireland semifinal against Kerry until the GAA granted them another week to recover on Sunday evening. Co-managers Feargal Logan ad Brian Dooher have shared some of the grim realities that players have had to cope with over the past week.

Logan said that '20 or more' of his squad have had positive covid tests and one player was hospitalised. Logan himself missed the Ulster final because of the disease.

Many pundits and punters have wondered why the Tyrone camp was so particularly affected, especially given the accessibility of the covid vaccine in Northern Ireland.

In an eye-opening interview with Declan Bogue printed in yesterday's Irish Examiner, Logan revealed that Tyrone had made vaccine uptake optional for its players. He said that the compressed nature of the 2021 Championship factored into his thinking.

In fairness, part of the consideration this year was because it was a compressed league and Championship, we were anxious that if guys were vaccinated they might go under for two weeks. And that might inhibit their performance.

Vaccination has been a conundrum. We didn’t make it mandatory across the board. There are some players vaccinated for a variety of reasons, be they on the front line, or work in health.

With all respect to Logan and the challenges he faces in managing an intercounty panel during a pandemic, this is dangerous logic for the rest of society.

On the 27th of May, Northern Ireland opened up their vaccine programme to anyone over 18. Tyrone began their league campaign on May 15 and it ended June 12. Their Ulster Championship campaign began on July 10th and they won Ulster on the 31st of the month.

Last week, the GPA issued a plea to respect the welfare of Tyrone players as amateur players. The same questions about welfare can be put to the Tyrone management team. Whatever about Tyrone's ambitions of winning an All-Ireland this year, surely the greater collective societal effort to deter covid should be taking precedence over performance. These are amateur athletes. And that's not even factoring in the completely unproven unscientific logic about the vaccine putting players 'under for two weeks'.  Tyrone players had the entire month of June to vaccine and 'recover'.

Not much is not known about the policy of other intercounty panels in relation to the vaccine. Tyrone is the only county that's had to deal with a major covid outbreak in its camp this summer. Sport has mirrored society at large in terms of vaccine rollout. We learned after his heart attack that Christian Eriksen hadn't been vaccinated. Other sportspeople have opted against vaccinatation, and some athletes have been quite vocal in explaining their opposition.

Still, it's massively disappointing for a manager in an amateur sport to identify on-field performance as a reason not to ask players to get vaccinated. Public health experts tell us every day about the importance of everyone get the vaccine. Just read back the appeal of Kieran Rogers. There are things bigger than sport at play here.

SEE ALSO: Darran O'Sullivan Says Challenges Such As John Small's Must Be Banned From GAA 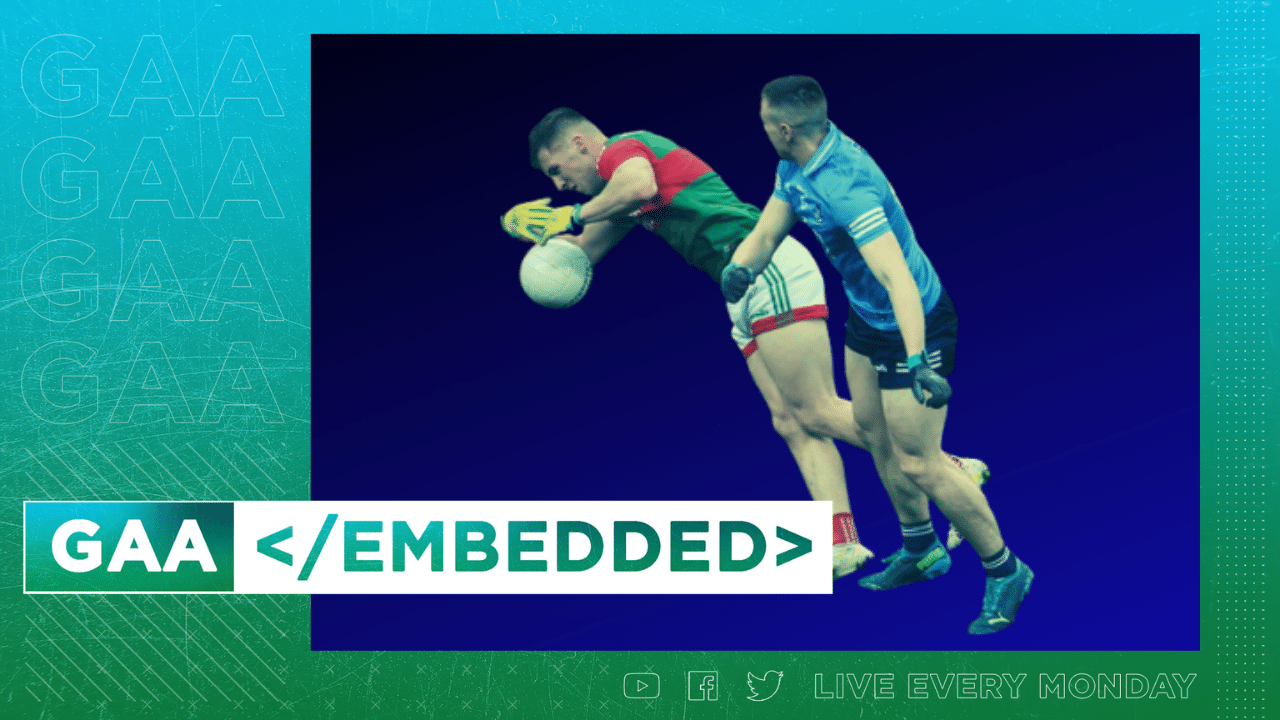