The Gaelic Football Rolling All-Stars: Round 8

It took six games, but the Super 8s final kicked into life last weekend as two exhilarating games played out on Sunday. Galway and Dublin booked their place in the final four while one of Tyrone, Donegal, Kerry and Monaghan will join them.

A regular issue with the end-of-year All-Stars is that these performances tend to override earlier ones. In order to address this, Balls.ie introduced the rolling All-Stars. Ever since the very first week we've selected each position and updated it after every round. Each week's best performer is compared to the existing holder. For example, Rory Beggan was superb against Kerry this weekend, but was he better than Graham Brody who was a Man of the Match nominee for four successive games?

Here is round eight of the rolling All-Stars.

An extraordinary year for goalkeepers. Mark Donnellan and Rory Beggan were both superb this weekend but Brody has credit in the bank after a comprehensive showing against Wexford (created an equaliser) Carlow (sweeper keeper) Dublin (kick-outs and shot-stopping) and Monaghan (shot-stopping.) He has huge competition now.

A real blow for Donegal if his elbow injury is serious. One of Declan Bonner's best performers this year. 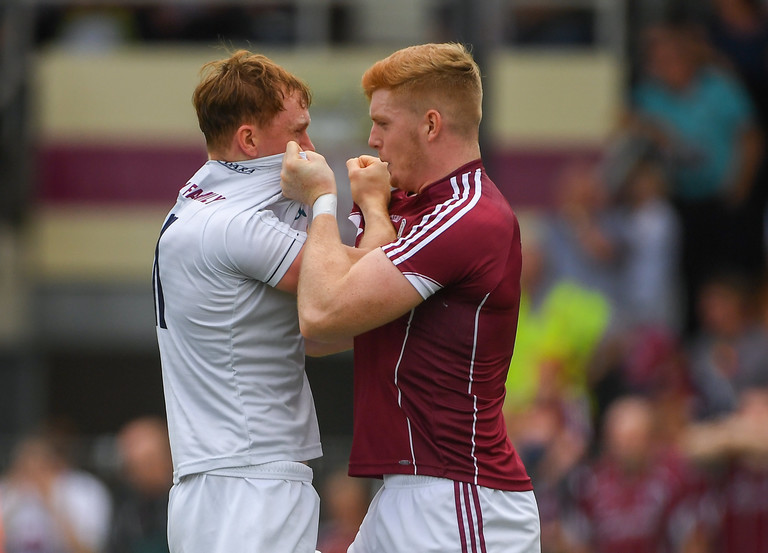 Gave Dan Flynn his fill of it. O'Ceallaigh has added steel to the Galway defence and is full value for his inclusion, however, a more attentive umpire could prove problematic for the vigorous full-back.

Holds down his spot for now. Both Tom O'Sullivan and Eoin Murchan held their hands up for consideration after last week. 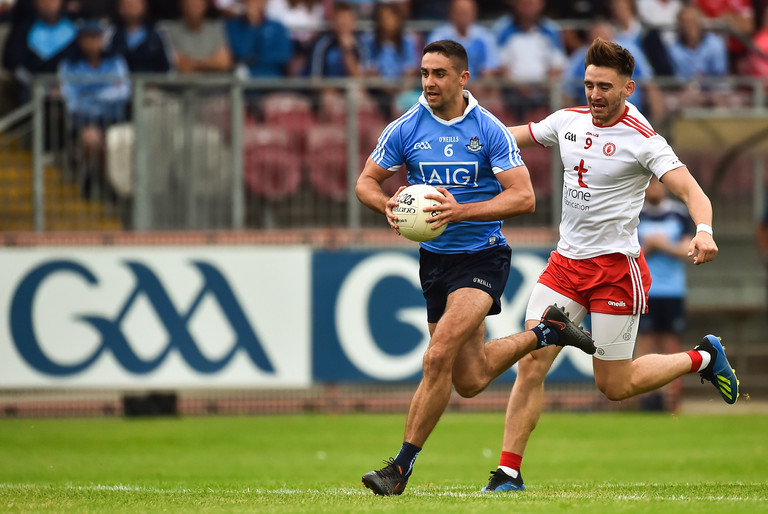 Doyle looked set for a torrid afternoon when Michael Day landed 0-2 within the first ten minutes, but his injury forced Galway to reshuffle. However, Kildare's zonal defence with Doyle dropping off as sweeper left Galway's mobile half forward line too much space. McCarthy was immense for Dublin landing a crucial goal in Omagh.

Kevin Cassidy hailed him as one of the performers of the Championship and he is not wrong.

Kelly has arguably been Galway's most consistent player yet many Gaelic football fans wouldn't recognise him off the field. The Moycullen club man has a phenomenal work ethic and is well able to take his score when they come.

No one has been able to match him so far this year. 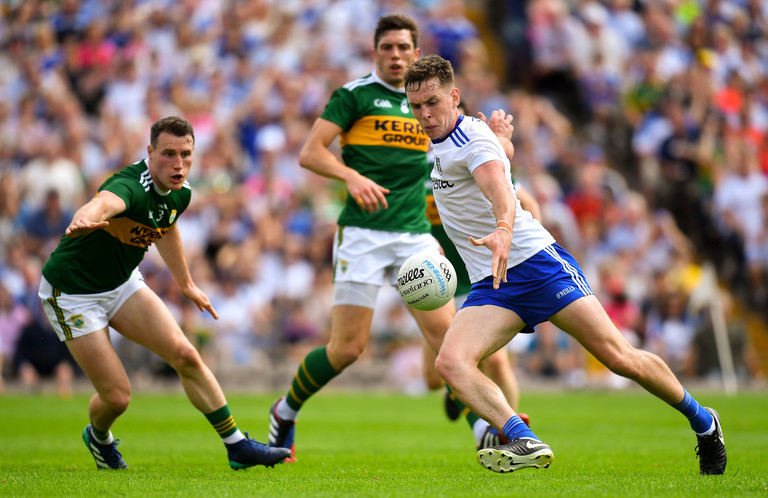 A gem for Monaghan. Brilliant under the kick-out, Kearns has been a superb find for Monaghan and backed up his excellent game against Kildare.

Five months after he stayed behind in Croke Park to do extra sprints, the Donegal captain looked back to his best landing 0-9. 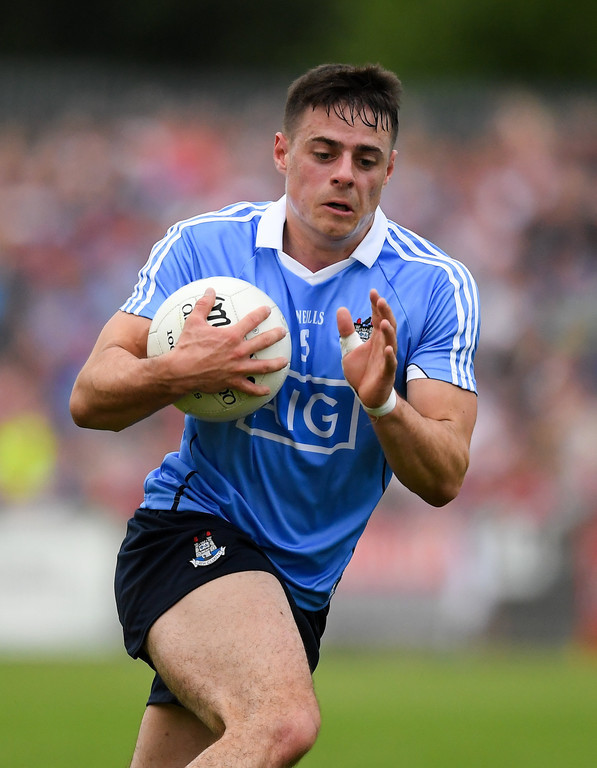 Kilkenny once again opted for plenty of movement and possessions but too little effect. Former Dublin footballer Alan Brogan bemoaned this fact in his Sunday Independent column, suggesting it may be down to conservatism: "I feel a little bit saddened to see players of the quality of Ciaran Kilkenny, for example, moving the ball sideways and backward." Howard, on the other hand, epitomises the modern game. While he often wears five, he occupied the half-forward position last week in order to track Ryan McHugh. Backed that up with another monster performance against Tyrone. Superb fielder and a strong ball-carrier, the Raheny man is willing to drive forward and attack.

A quiet day in Omagh but has done enough to hold onto his spot for now. Galway's Shane Walsh is breathing down his neck but was also quiet this weekend.

Brennan has been brilliant this year but left 1-3 behind him against Roscommon. That comes a week after his costly miss against Dublin. The youngster will no doubt be a fine player but Donegal need a finisher of McBrearty's calibre now if they are to challenge this year. Burke's consistency of performance over the past three games shades it. A wonderfully skillful player and totally unselfish. James Horan hailed him as the most intelligent player in the game right now. Dan Flynn was right in contention until he demonstrated remarkable naivety right in front of a linesman to get sent-off. 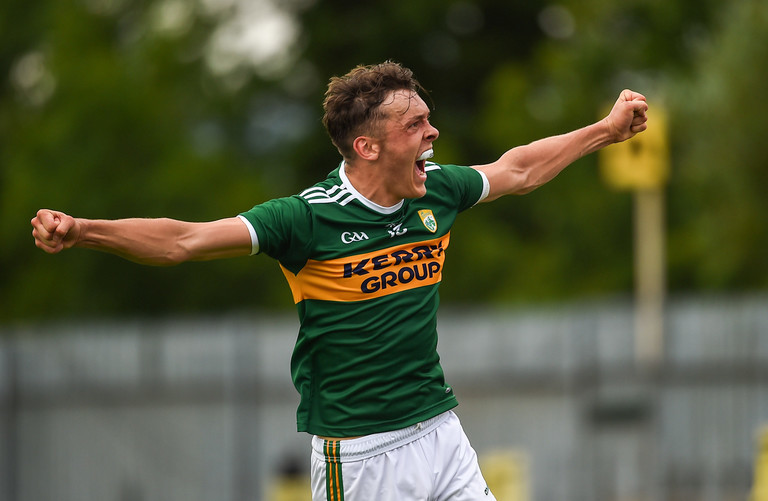 SEE ALSO: As It Stands: The Super 8 Tables After The 2nd Round Of Games